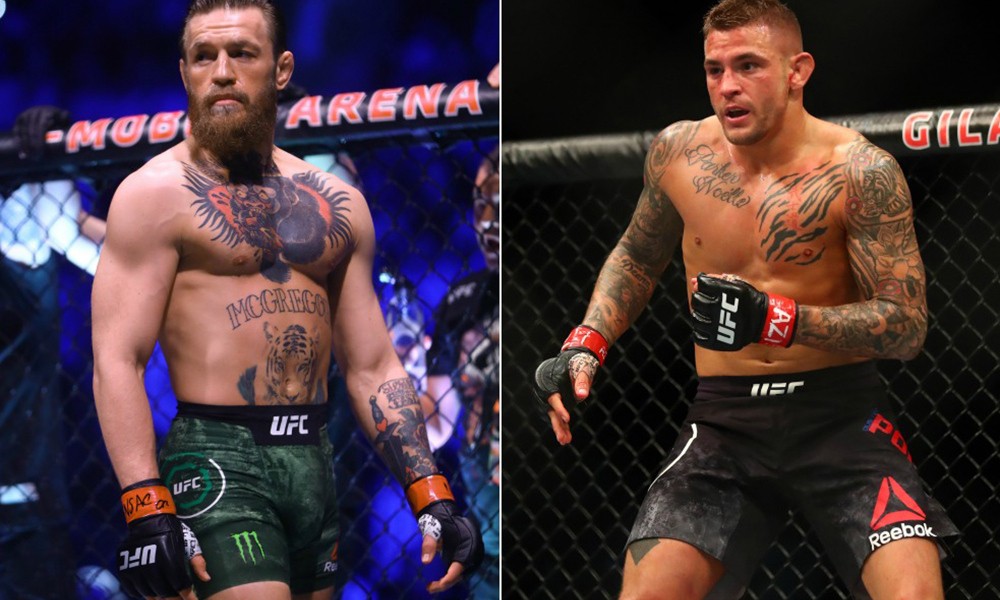 UFC 264 is scheduled on July 10 in front of a full capacity crowd in Las Vegas after a year and a half. The PPV headlines with Dustin Poirier vs Conor McGregor. Who will have their highly-anticipated trilogy match? However,  these two won’t be the only biggest superstars in the T-MOBILE arena in Las Vegas. Many celebrities will be cheering for their favorites at the event.

Former President Donald Trump is going to attend the event, Dana White revealed. Trump is a fight fan and has previously attended UFC 244 at Madison Square Garden. He was the president of states then. However, he was booed by the fans while entering the stadium.

Besides Trump, musician Justin Bieber will also take a seat at T-Mobile Arena tomorrow. The friendship between Conor McGregor and Justin Beiber is well known to the MMA. He even joined Conor on an Instagram live. But, his love for MMA, in general, is quite noticeable.  The Canadian singer also attended UFC 263 earlier this year.

American football star Odell Beckham Jr. has previously mentioned taking inspiration from Conor after his fight at UFC 205. He is also going to be at the stadium for this trilogy bout supporting Conor. Apart from Justin and Beckham another good friend and supporter of Conor basketball player Shaquille O’Neal could also make a possible appearance at the stadium. He had earlier wished Conor good luck ahead of his bout.

Rapper Machine Gun Kelly with his girlfriend Megan fox will also enjoy the PPV from the stadium as he is also going to join fellow celebrities at T-Mobile Arena for UFC 264.  He and Megan have previously witnessed their friend Stipe Miocic fight Francis Ngannou at UFC-Apex earlier this year.

Alongside these high-profile personalities Dave Chappelle, Kevin Durant, Mel Gibson, Kourtney Kardashian, and Travis Barker, and many others are also going to watch the UFC 264 live from Vegas. And with so many superstars in the arena along with the biggest star in the world of combat sports, the fan can expect a spectacle in the main event.