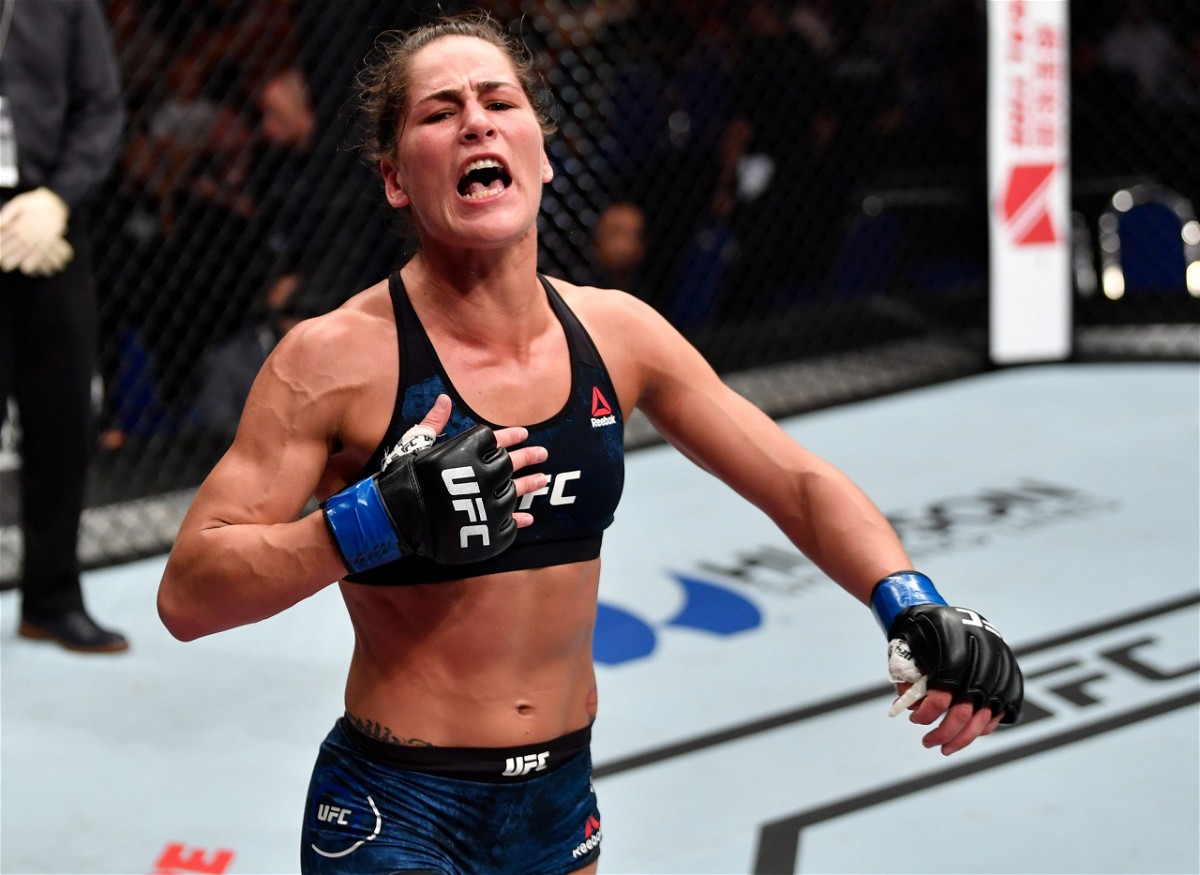 SINGAPORE - JUNE 23: Jessica Eye celebrates after her decision victory over Jessica-Rose Clark of Australia in their women's flyweight bout during the UFC Fight Night event at the Singapore Indoor Stadium on June 23, 2018 in Singapore. (Photo by Jeff Bottari/Zuffa LLC/Zuffa LLC via Getty Images)

Jennifer Maia and Jessica Eye are going to meet at UFC 264 at T-Mobile Arena in Las Vegas In a women’s flyweight bout. The early prelims bout is scheduled to begin at 6 p.m ET. Now, before the bout let’s analyze the strengths and weaknesses of both the fighters with predictions and picks.

Jennifer Maia (18-7-1)  got her title shot against the queen only after her 5th UFC fight in the span of  3 years. She even managed to win around against Valentina with her brilliant grappling and wrestling skills. However, it was never going to be easy to snatch the queen’s crown and she lost the bout via decision. But, that fight certainly established her in the flyweight divison and showcased her talent in front of the whole MMA world.

On the other hand, Jessica Eye (15-8(1)) is a veteran of the sport. She is competing in the promotion since 2013. However, she started to fight in the flyweight division only after 2018. With three consecutive wins in 2018 itself, she got a chance to brawl against the queen in the co-main event of UFC 238.

The Evil was unable to capitalize on the opportunity against the champion and lost the bout in the second round itself. Since then Eye has only won 1 fight of her last 3 fights. She will definitely want to end her losing streak 2 fights tomorrow against Maia.

Jessica Eye is going to enjoy a two-inch advantage in height and reach over Maia. There is nothing Flamboyant or stylish to her approach. However, she keeps the fundamentals right and when paired with consistency and volume, it becomes deadly. Eye throws good punches and frequently uses combinations in her fight. Since she has moved down to Flyweight her counter offense to combination has improved significantly. When the fight comes down to defense Jessica falls behind a little to Maia. she has only scored a single submission in her 11-year professional career. 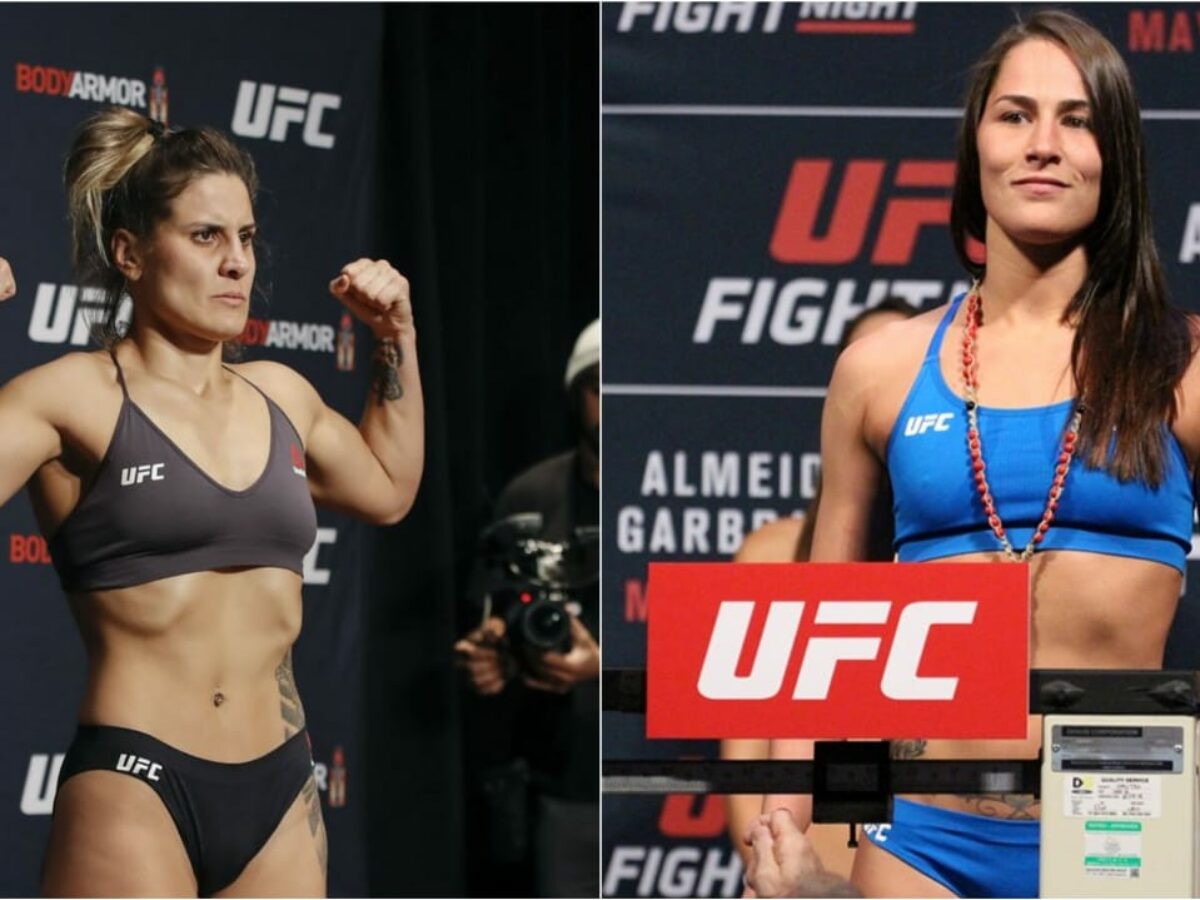 Maia on the other hand is a black belt in Brazillian jiu-jitsu. She often doesn’t use takedowns as her primary weapon but the way she won a round by taking down one of the best grapplers in women’s MMA Valentina, makes her the better grappler than Eye. But, that doesn’t mean she is behind Eye’s boxing skills. Maia has a record of 3-0 in professional boxing and was a state champion before she got into MMA.

The fight is going to be close if the fight remains standing. However, once it comes down to grappling Jennifer Maia has an absolute edge.