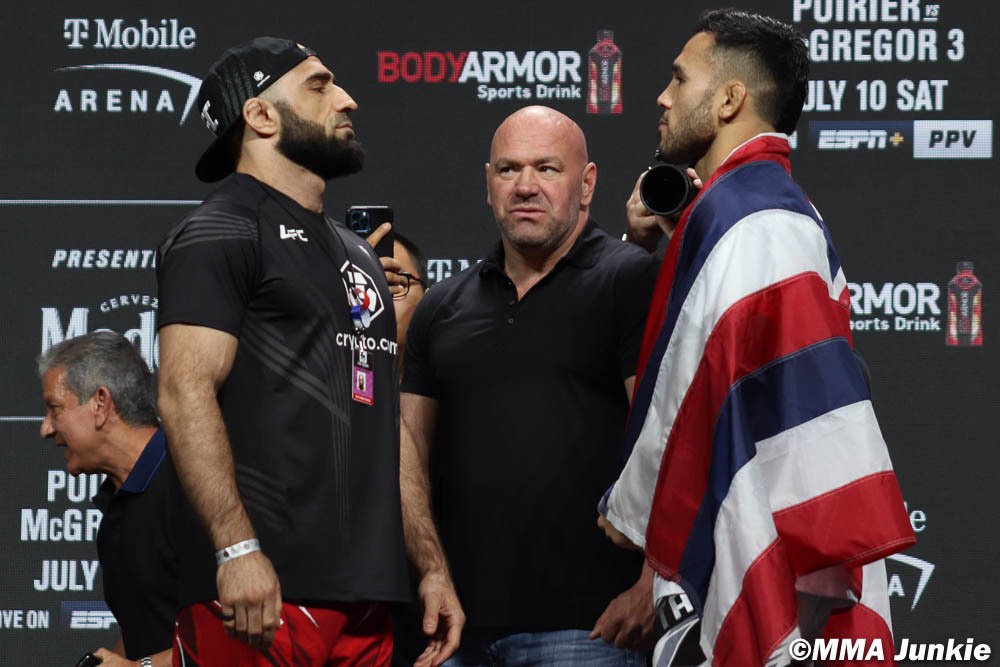 Omari Akhmedov and Brad Tavares are going to meet at UFC 264 at T-Mobile Arena in Las Vegas In a middleweight division bout. The early prelims bout is scheduled to begin at 6 p.m ET. Now, before the fight let’s analyze the strengths and weaknesses of both the fighters including predictions and picks.

Brad Tavare is 33 years old and is in the promotion since 2010. Even though he is a veteran since his loss against the middleweight champion Israel Adesanya in a title fight, the fighter has failed to impress the MMA fans. However, his return to UFC in 2021 against Antonio Carlos Junior was successful as he won via unanimous decision. Tavare has faced many injuries in his career which has worked against his consistency in the promotion.

On the other hand, Omari Akhmedov is a more consistent fighter compared to Brad. Also, being a Russian fighter he has an uncommon takedown ability that other fighters lack. His last loss before 2020 to Chris Weidman came back in 2015. In that period he managed to draw a bout against the recent title contender Marvin Vettori.

Even though the fight is placed in early prelims, the result will have a significant impact on the career of both fighters.  Upon winning the fight one of them can get into the top #10 of the middleweight division. Which can possibly open a path for their last title run considering their age.

Being a defensive fighter, Brad makes it hard for the opponent to get him to the mat. But, this time he is fighting a strong grappler, who will give a tough challenge against his defense. When compared in striking, Tavare looks sharper and he will love it if the fight goes on standing.

However, if not in 1st round Akhmedov will certainly takedown Tavare to the ground once the fight goes deeper. If that happens, Omari won’t give Brad the chance to get up.

If the fight is played on the feet, Brad will have the edge. However, he can’t avoid the takedowns attempts of the Dagestani fighter throughout the fight. Hence, it is very likely that Omari Akhmedov will beat Brad Tavares.