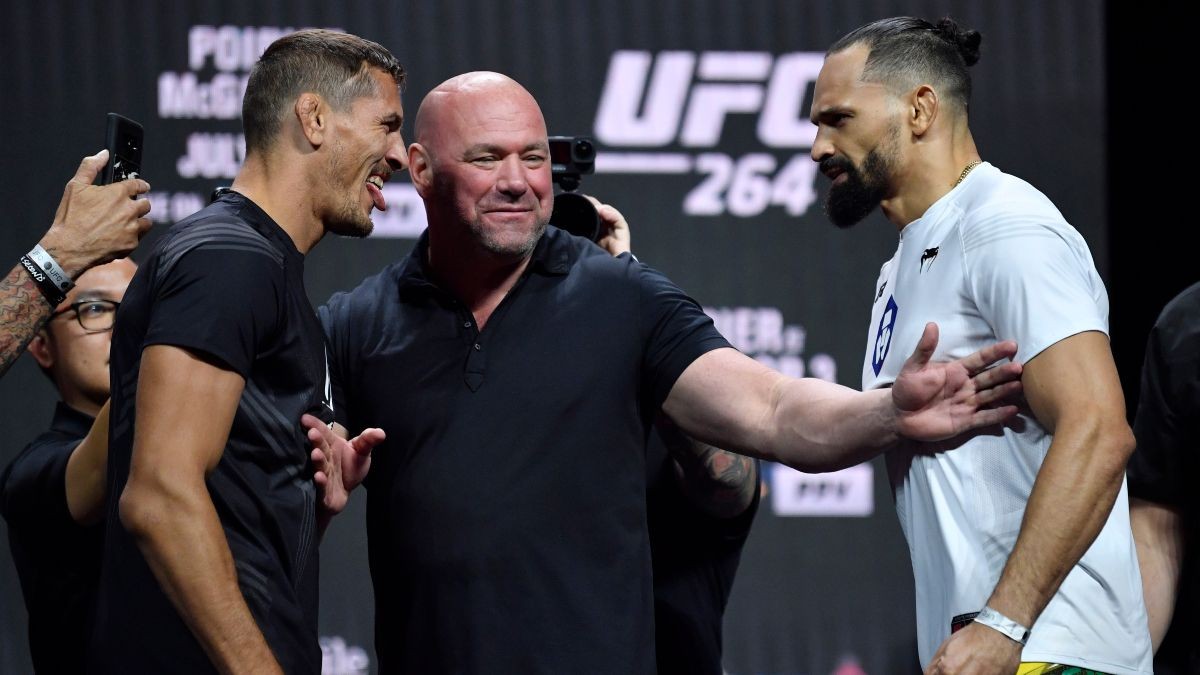 UFC 264, Conor McGregor vs Dustin Poirier features an exciting welterweight bout between Michel Pereira and Niko Price. And it’s going to be a barn burner.

Both Niko Price and Michel Pereira always deliver inside the octagon. And this fight might win the fight of the night bonus at UFC 264.

Michel Pereira made his UFC debut with a lot of hype behind him and he delivered with a knock-out win against Danny Roberts. Though he had two losses following his emphatic debut he has bounced back with two impressive wins in the welterweight division.

Not only that he has looked much better ever since his last loss in UFC. He prefers to be known as the most entertaining fighter and he is certainly one of the most exciting fighters to watch in UFC. But, he has skillsets that would put some of the higher-ranked welterweights in trouble as well.

But, will that be enough to beat the unpredictable and wild Niko Price? Let’s find out.

There are certainly some similarities between the way Pereira and Price fight. Both are wild, unpredictable, and innovative. However, Michel Pereira is the better striker when it comes to skillsets. Pereira is also more accurate and powerful with his striking.

On the other hand, Niko Price is more of a volume striker. He has good power and has some crazy finishes in his resume but his power will not be a huge threat to Pereira. Niko Price had a three-round war against Donald Cerrone and yet he was not able to finish Cowboy which is not a good look considering the record Cowboy had in his last few fights.

But, Michel Pereira is explosive and powerful. He will throw spinning elbows, kicks, there are a lot of things to worry about when you are in the octagon with Pereira.

Both Michel Pereira and Niko Price are capable of going to war for three rounds. So cardio won’t be an issue for these welterweights. But, there is a possibility of Niko Price overwhelming Michel Pereira with his volume in the later rounds.

Though it will be a close fight, Michel Pereira should get the job done at UFC 264. He is more skilled, more accurate, and more powerful with his striking. There is a big possibility that Pereira will secure a finish over Price. However, Price is too durable and it won’t be surprising if he puts up a tough fight and survives the whole three rounds.