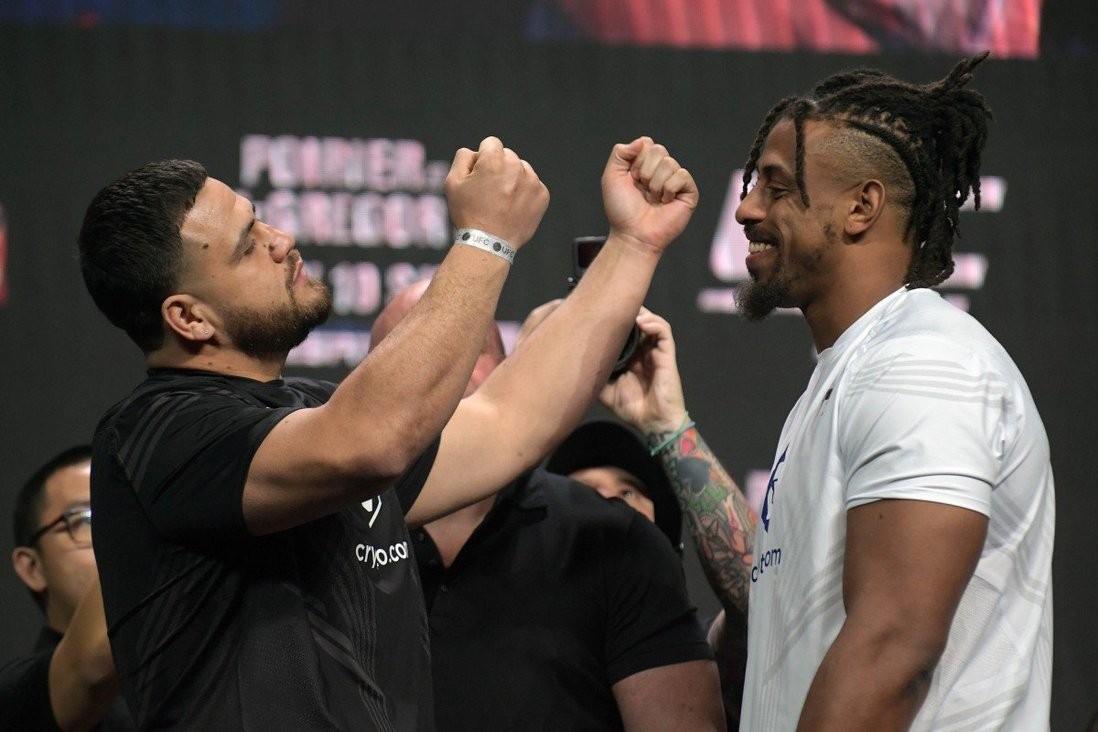 UFC 264: Conor McGregor vs Dustin Poirier 3 features a heavyweight showdown between Tai Tuivasa and Greg Hardy. It’s a huge fight for both Tuivasa and Hardy.

Both these heavyweight are fairly popular among the fans even though Greg Hardy is used to walking out to fans booing him. And both can be a big attraction in the UFC heavyweight division given they keep winning fights.

Tai Tuivasa is coming off two impressive knockout wins while Greg Hardy is coming off his first knockout loss. But, Greg Hardy has looked good so far in his UFC career considering the fact that he has only been training in MMA for the last few years.

But will that be enough to beat a more experienced heavyweight such as Tai Tuivasa? Let’s find out.

On the other hand, Tai Tuivasa knocked out Harry Hunsucker in his last fight in 49 seconds. Prior to that he also knocked out Stefan Struve in the first round. Tuivasa has been on a resurgence ever since his three losses in the heavyweight division.

He has been training in AKA with Daniel Cormier and the changes in his game are clearly visible. Tuivasa is a better striker than Greg Hardy. He has good and heavy leg kicks and he can knock heavyweights out with ease when he connects.

On the other hand, Greg Hardy is predominantly a boxer but he mixes in kicks and knees as well. He has cardio issues as seen in his earlier fights but he went to the distance with Alexander Volkov and that should give him more confidence of going three hard rounds with Tai Tuivasa.

However, Tai Tuivasa should be a big favorite going into UFC 264. He is a much better striker and he can grapple with Greg Hardy if the fight goes to the ground. Hardy is coming off the first KO loss of his career and that will play a psychological factor on the fight night.

The fight is likely to end by KO in favor of Tai Tuivasa. The Samoan can chop off the legs of Greg Hardy early on and find openings for his power punch. Now Hardy has a good chin but Tuivasa has some serious KO power and he should get the win in the first round.