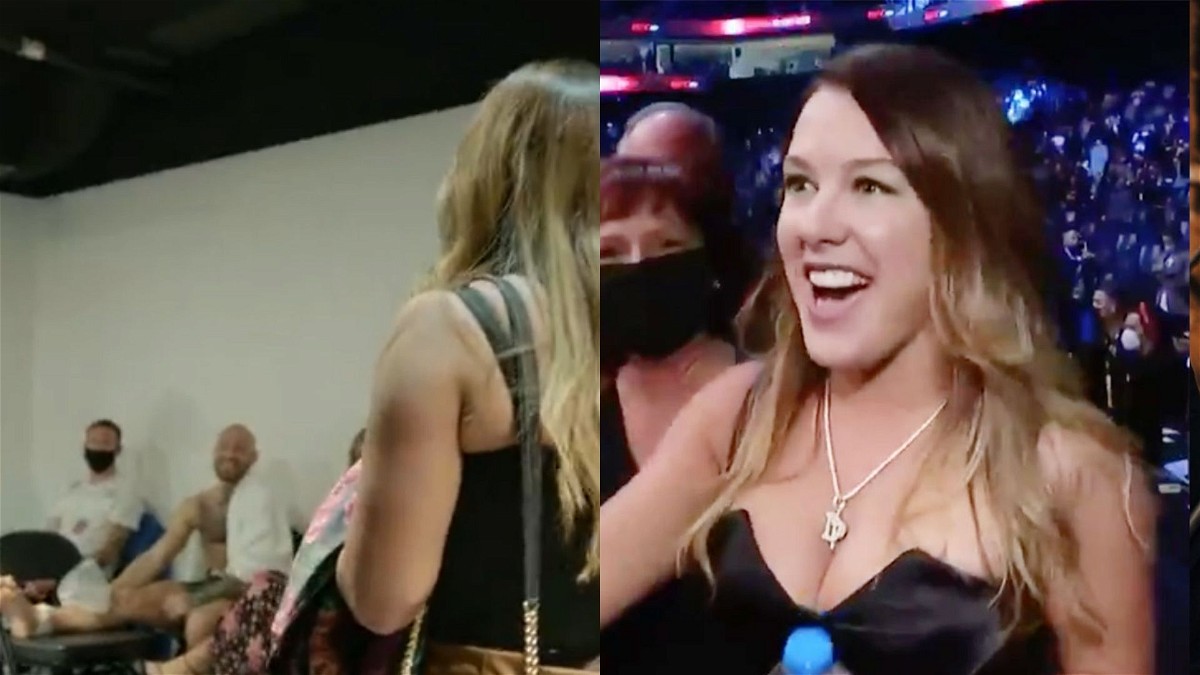 Conor McGregor said after the rematch against Dustin Poirier that he will not be Mr. Nice Guy leading up to the third encounter. And it seems the mental warfare has begun already.

Earlier yesterday, Conor McGregor sent a warning to “Peahead” Dustin Poirier. And now he has taken a dig at Poirier’s wife Jolie Poirier with the below tweet.

Now some fans like the Conor they see right now who is willing to play the mental warfare before he gets into the octagon. And some fans are unhappy with McGregor for a personal dig at Poirier’s wife.

The beef between Conor McGregor and Dustin Poirier got reignited after the rematch when Poirier called out McGregor for not donating $500k to his charity as promised. In his defense, Conor McGregor said that he never received the detailed plans on how The Good Fight Foundation was going to spend the donation money and that’s why there was a delay in the donation.

McGregor would go on to donate the money to another charity in Lousiana and also threatened to cancel the trilogy with Dustin Poirier. Be that as it may, after everything that this trilogy has seen in the making, it’s here and it’s just a few days away.

Nevertheless, we have a trilogy in our hands now a few days ahead of us. And it is safe to say that the fate of UFC lies in the outcome of this fight. If Conor McGregor wins the trilogy at UFC 264 then he will go on to fight the lightweight champion, Charles Oliveira. And there is a huge possibility that he becomes the champion again.

But, if Conor loses then UFC is going to lose its biggest star. And it’ll be a concern for UFC going forward as there are no big PPV stars in UFC currently. UFC 263 featuring Israel Adesanya, Nate Diaz, and the new flyweight champion Brandon Moreno could only sell around 600k PPVs.

Irrespective of the outcome, it’s needless to say that UFC 264 is going to be a spectacle, and the winner is very likely to go on to become the new lightweight champion.