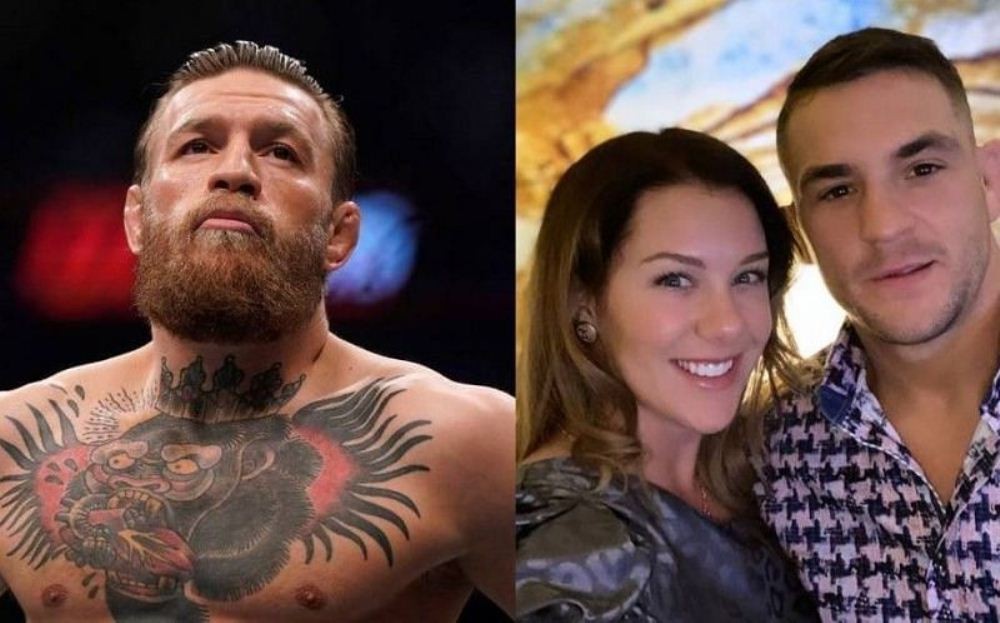 UFC is a couple of days away from hosting the much-awaited trilogy fight between Dustin Poirier and Conor McGregor inside T-Mobile Arena. As a result, the mind games and trash talk between the two fighters have intensified. During the pre-fight press conference, The Notorious and the Diamond displayed their trash-talking skills during the press conference, and also had a brief back and forth on the social media platform, Twitter.

Dustin Poirier continued the trolling by comparing Conor McGregor’s trash-talking skills to his hairline. He commented on a picture posted by McGregor on Twitter. “Your trash talk is as thin as your hair these days! See ya soon champ champ.”

Your trash talk is as thin as your hair these days! See ya soon champ champ

But McGregor did not waste any time and replied quickly to Dustin Poirier. The Irishman broke his silence as he revealed some incriminating details on Twitter. He slammed Poirier by remarking that “Your Wife wants to see the hair around my dick and balls bro. See what that’s like. It’s real the message request mate, no trash talk. Man to man, it’s f****d up! I seen your interview with Mike you think it was fake. It’s not. Think on it in the sauna anyway.”

Also Read: “Me and My Wife Were Laughing About It” – Dustin Poirier Breaks Silence on Conor McGregor Dragging Jolie Poirier to the Feud

In the end, Dustin Poirier has not responded to McGregor’s claims on Twitter and has remained silent. However, things are getting spiced up as we inch closer to the trilogy fight at UFC 264.

Has Conor McGregor shared the real proof or is this part of his mind games?

Even though Conor McGregor has shared the screen recording of Jolie Poirier’s Dm request there are still doubts regarding its authenticity. This is because fighters have pulled these stunts before to mess with their opponent’s heads.

Also Read: “I Pitied the Man, To Be Honest” – Conor McGregor Blames His Mindset for His Loss to Dustin Poirier in The Rematch 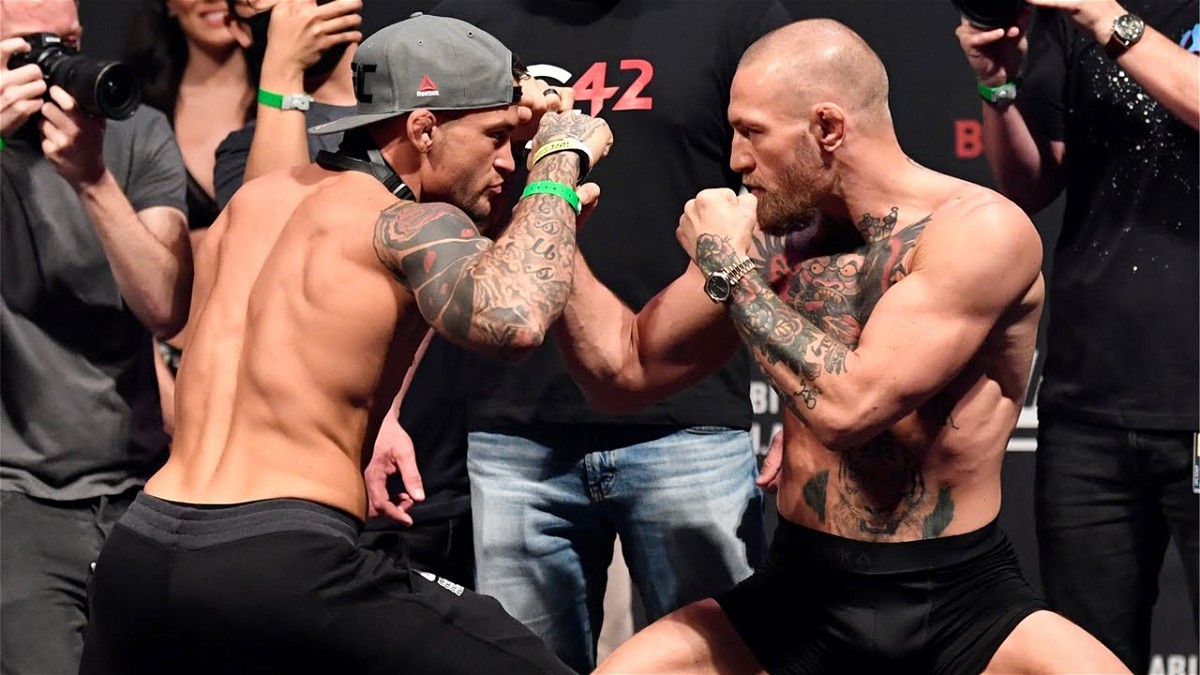 For example, Jake Paul shared a picture of Ben Askren’s wife’s DM on Instagram. Therefore the screen recording shared by The Notorious can be easily fabricated and edited. As a result, It looks like McGregor is trying to pull his old shenanigans and add some doubts to Poirier’s mind before their fight on 10th July.

In the end, it will be exciting to watch how this story unfolds as there are hardly any days left for UFC 264 to commence. Furthermore, everyone will witness during the event whether Conor McGregor’s mind games have played any impact or Poirier remains unaffected by all the noise.