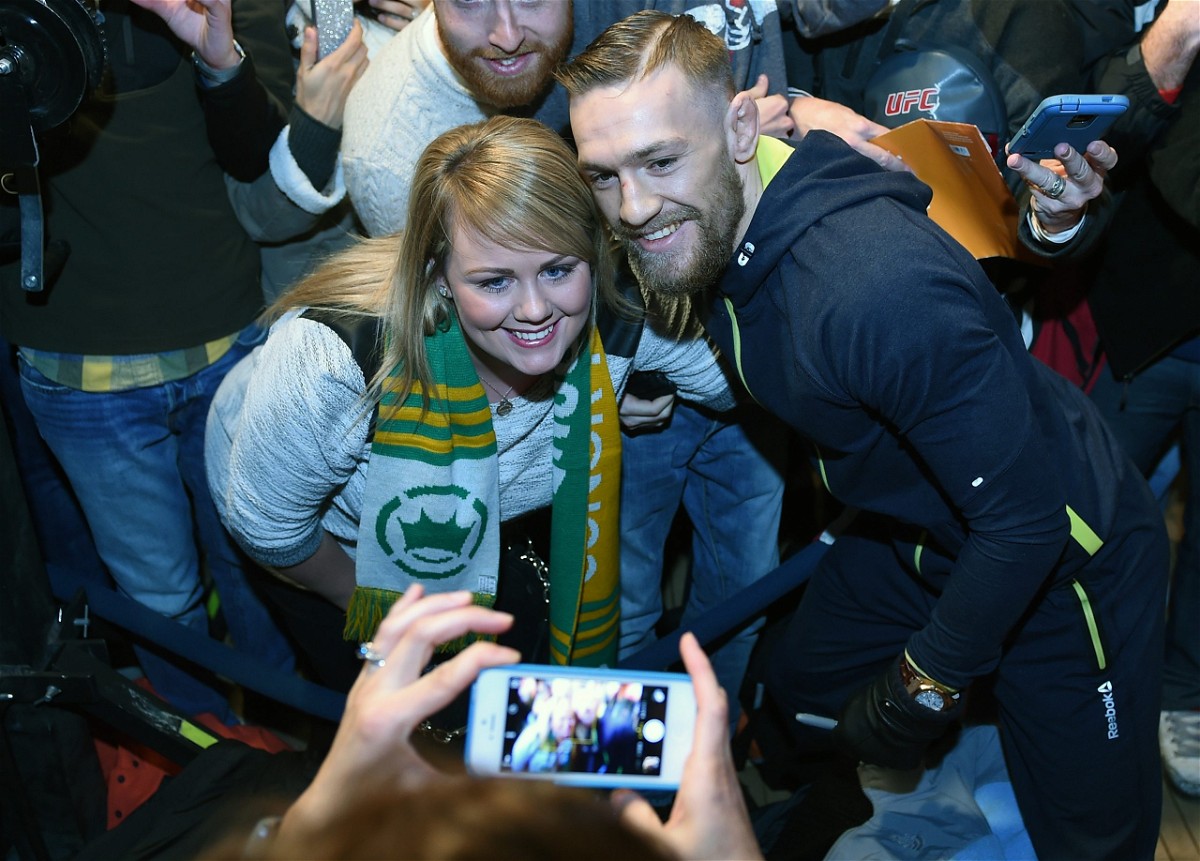 No one can deny that Conor McGregor is one of the most popular fighters in the entire generation. Furthermore, there are hardly any athletes in Mixed Martial Arts who have achieved the level of fame and success as McGregor. Despite not being in the best form of his life since the past few years fight fans have always appreciated The Notorious’ contribution to MMA. Therefore the Irishman has earned a massive fan following across the entire globe due to his showmanship and fighting achievements.

Leading up to the fight week, a vast crowd of fans was waiting for Conor McGregor on the streets on the 4th of July. McGregor received an overwhelming cheer from the crowd as soon as he stepped out from the event. The entire crowd could not hold their excitement as they started chanting ‘Conor’, ‘Conor’ in unison.

The Notorious acknowledged the support and also exhibited his shadow boxing skills in front of the tremendous crowd and sent the fans into a frenzy. Thereafter the security had to control the fans and faced a lot of complications. In the end, the Irishman left the locality by wishing the entire crowd Happy 4th of July.

McGregor was very delighted after watching such great support on the streets before his fight against Dustin Poirier. As a result, The Notorious went on Twitter to thank the fans  “The United States Of America, What a country.”

The United States Of America 🇺🇸
What a country ❤️ pic.twitter.com/iQNqie9GOr

Will fans affect the outcome of the Trilogy Fight between Dustin Poirier and Conor McGregor?

It is no surprise that Conor McGregor will walk in as the fan favorite for this trilogy fight against Dustin Poirier. But will fans play any part in changing the result of the fight is the important question here.

Going into this fight Dustin Poirier thinks that crowd support won’t come into play this time around. But he mentioned in his interview with ESPN MMA that he would prefer to fight in an octagon without fans so he can have no distractions. Poirier also added that if it was up to him he would fight like that for the rest of his career.

Regardless of Dustin Poirier’s comments, it certainly looks like fans will make an impact and put psychological pressure on the fighter. The biggest example is Dustin Poirier himself because the Diamond had cracked under pressure during his first faceoff against The Notorious. McGregor got into Poirier’s head during the build-up of the fight. As a result, Dustin Poirier felt the heat from all the trash talk and pressure by fans and ended up losing the first fight.

Moreover, fans will play a huge role because crowd support motivates the fighter to work hard and not give up during the fight. The most recent example of fans raising the fighter’s game is the Nate Diaz vs Leon Edwards. The Stockton Slugger was dead lost in the fight against Rocky. But the crowd’s cheering helped Nate Diaz as he almost made an impossible comeback in the fifth round.

In the end, fight fans just want to be entertained and will hope that the two fighters put on a great show at UFC 264 on 10th July in the T-mobile Arena in Las Vegas.