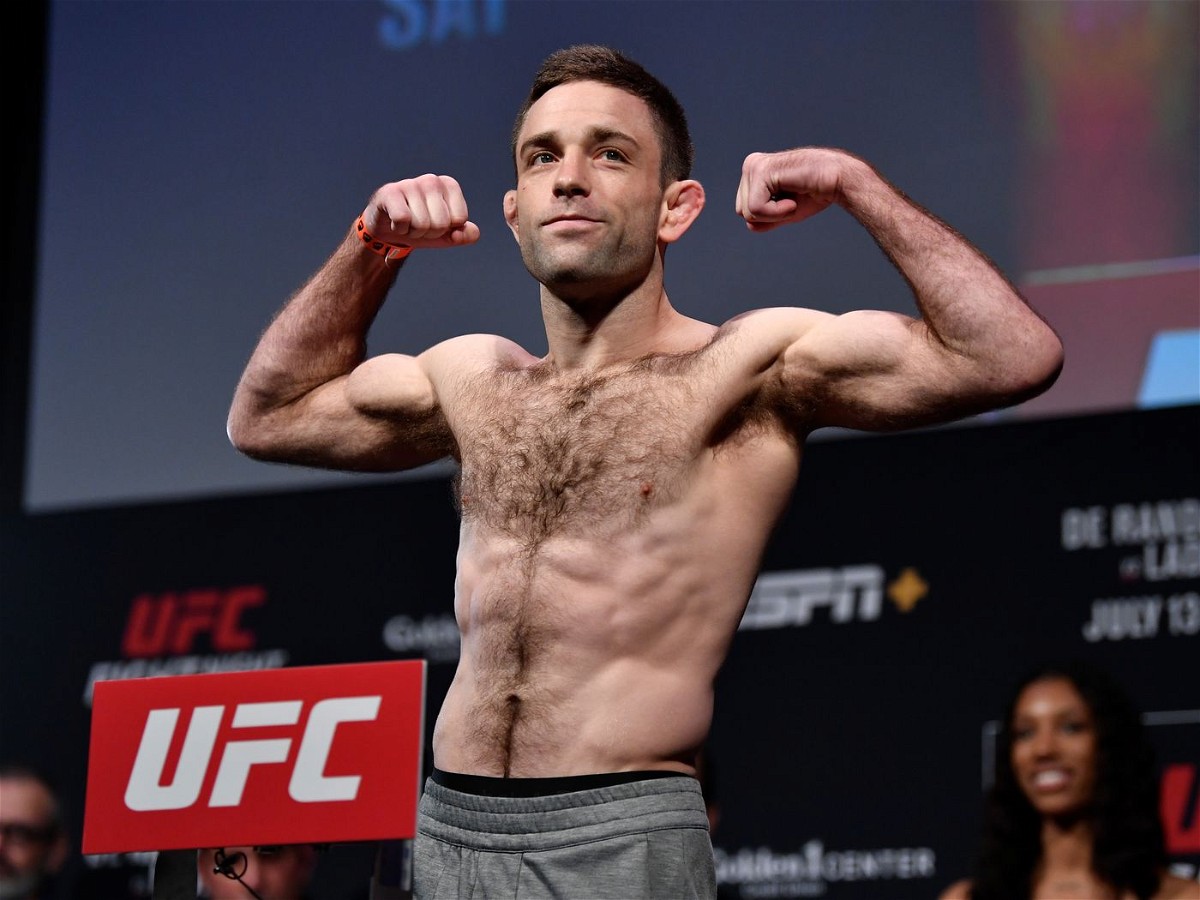 A lot of UFC fans think very highly of Ryan Hall and consider him one of the best jiu-jitsu specialists in UFC at the moment and rightfully so. Hall caught the fans’ attention by winning Ultimate Fighter. And it seemed he was on his way to the top of the featherweight division.

However, Ryan Hall has been inactive for years due to injury. Hall has even claimed that a lot of UFC featherweights turned down the offer to fight, which forced him to sit on the sideline.

Nevertheless, The Wizard is back and now the question that matters the most is whether he is still as good as he claims to be.

There is no question the threat Hall presents when the fight goes to the ground. He is called the Wizard for a reason. So we can expect some submission attempts from Hall.

However, Ilia Topuria is no slouch on the ground. He has 7 submission wins in his career. And he has 9 finishes in his 10 pro fights. Topuria is very dangerous in the early rounds. He has 8 finishes in the first round of a fight compared to Ryan Hall’s four first-round finishes.

Besides that even if the fight goes to the ground we can’t assume that Hall will dominate Ilia Topuria. There have been times where Hall’s grappling did not look extremely impressive.

Hall could not submit Artem Lobov who is not an expert on the ground. He also struggled to look dominant against Darren Elkins, who is not considered a grappling expert in UFC.

And Ilia Topuria is very skilled and talented on the ground. However, this fight might not go to the ground as Topuria may get a TKO in the first round.

Ryan Hall is coming off a long layoff and it’s very likely that the inactivity will have a huge effect on his performance in this fight. Besides that, Topuria has a huge advantage over Ryan Hall in the striking department.

It’s safe to say that the fans are in for a surprise in this fight. Ilia Topuria is likely to get the finish early in the fight.