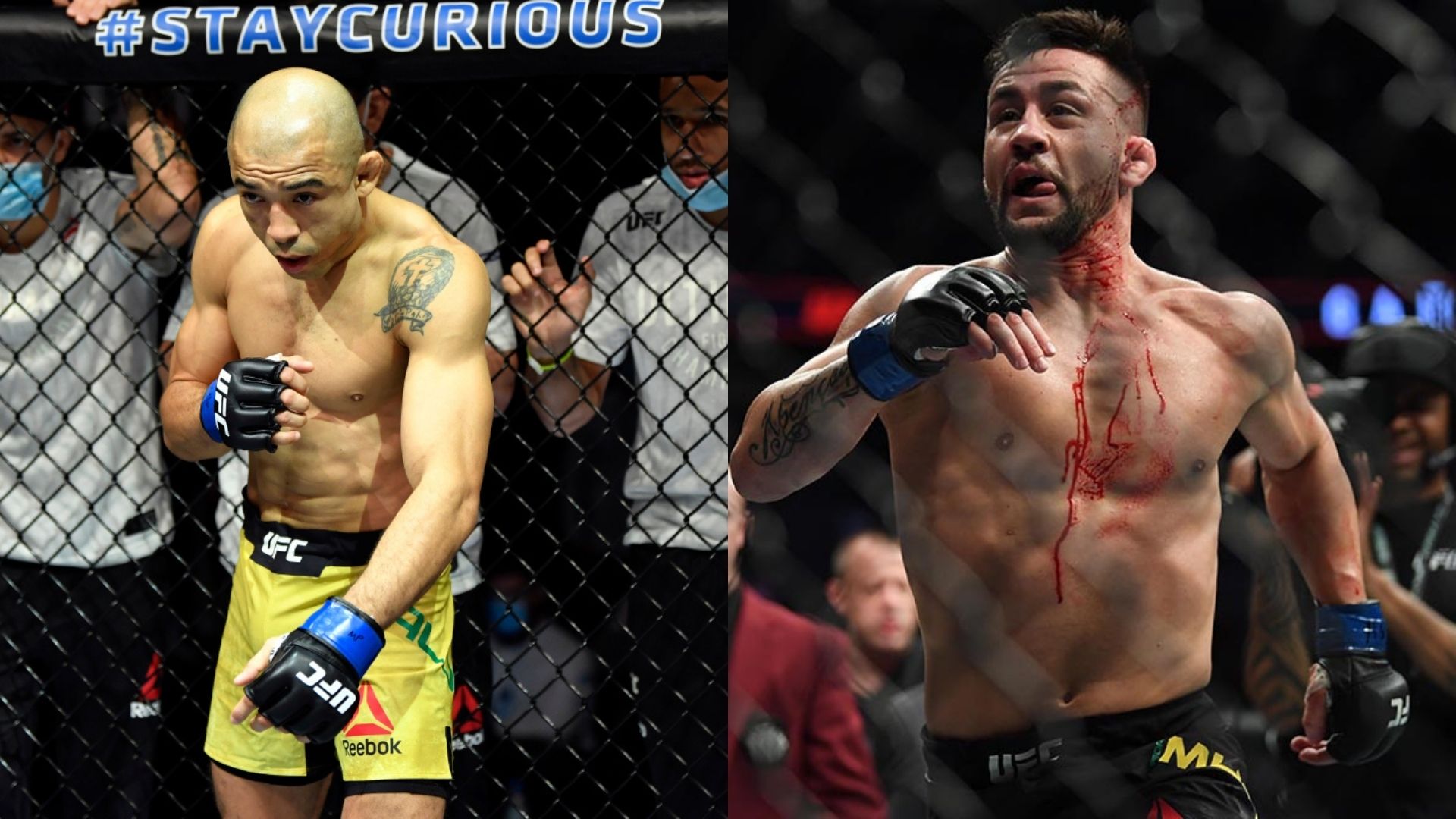 UFC 265 features a bantamweight showdown between Jose Aldo and Pedro Munhoz in the co-main event. And it’s an exciting fight between two top contenders in the division.

UFC bantamweight division is stacked with some serious talent and if veterans such as Jose Aldo and Pedro Munhoz are to climb to the top of the rankings they will have to put up an impressive win streak.

Both Jose Aldo and Pedro Munhoz are coming off a win in their last fights. However, Jose Aldo has been comparatively more active than Pedro Munhoz in the last few years. It’s a close fight but let’s break down who will win this co-main event matchup at UFC 265?

Also Read: All you need to know about Jose Aldo and his family

The former UFC featherweight champion, Jose Aldo has had a mixed result in the bantamweight division so far. He lost his first fight against Marlon Moraes, which many fans thought Aldo should have won.

Aldo would then go on to lose to Petr Yan in a title fight where he would get destroyed in the later rounds after a competitive first two rounds. But, he was able to bounce back in his last fight against Marlon Vera.

Jose Aldo is a huge guy for the bantamweight division. He cuts a lot of weight but he is still looking good especially in three-round fights. He did slow down in the fight against Petr Yan. But it was an insane fight and Yan put the pressure on Aldo as the round progressed.

On the other hand, Pedro Munhoz is a top contender in the division, who has some impressive wins. He has beaten the former champion Cody Garbrandt. And he also arguably beat Frankie Edgar as per many fans.

He has incredible cardio, good boxing, great leg kicks, which he implemented against Frankie Edgar, and a solid chin. He might look for submission if the fight goes to the ground but it is highly unlikely that he submits Jose Aldo.

Also Read: How did Jose Aldo get the scar on his face?

The biggest X factor in Jose Aldo vs Pedro Munhoz

This fight would have been more favorable for Pedro Munhoz if it was a five-round fight. Munhoz has a better gas tank than Jose Aldo at bantamweight and he would put up a much higher volume in the later rounds. but, in a three-round fight, Jose Aldo will be able to beat Pedro Munhoz.

Jose Aldo had a lot of success against Petr Yan in the early rounds as well. He is a great striker and even if he is not using his leg kicks more often he is still lethal with his hands and body kicks.

Pedro Munhoz will put up a tough fight against Jose Aldo without a doubt. But, it’s easy to imagine Aldo landing more strikes in the first two rounds. Munhoz needs to show urgency from the get to if he is beat Jose Aldo at UFC 265.

But Jose Aldo is coming off a great win against Marlon Vera. He looked really good in that fight both on the feet and in the scrambles. On the other hand, Pedro Munhoz has been comparatively inactive and that might play a factor in his next fight. Overall, it’s a close fight but Jose Aldo should be the favorite to win this three-round contest.