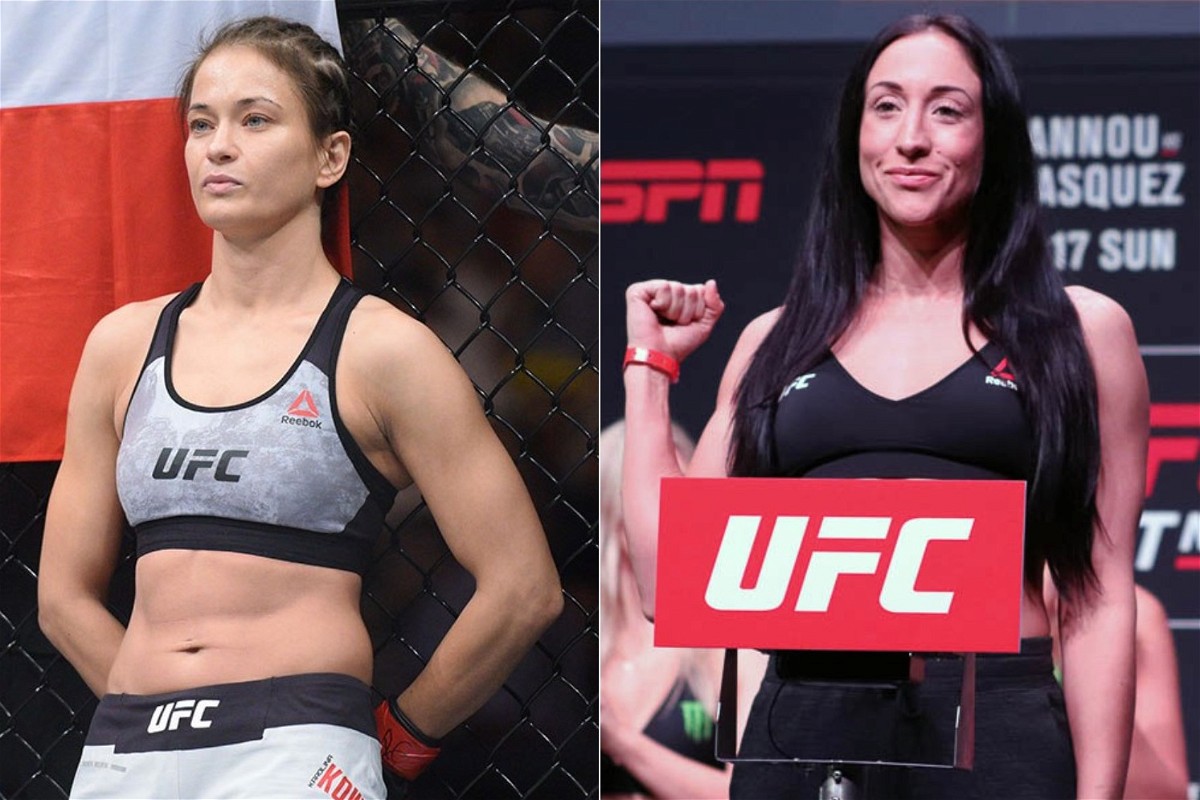 UFC 265 prelims feature a women’s strawweight bout between Karolina Kowalkiewicz and Jessica Penne. It’s good match making from UFC but it’s unlikely that this fight will be one of the most exciting fights on the card.

Both fighters are not in a good position in UFC especially Karolina Kowalkiewicz who might get cut if she fails to get back on the winning streak on her next few fights. So in a high-pressure fight who will get the job done at UFC 265?

It’s hard to predict this fight looking at the last few performances by both the fighters. Both fighters failed to impress the fans with their last four fights. Though Jessica Penne secured a win over Luptia Godlinez it was not a good win on her resume.

But she needed the win to stay in the organization and end her 3 fight losing streak. Karolina Kowalkiewicz is a more skilled striker with her Muay Thai background. She can do more damage if Jessica Penne decides to strike with her.

However, Penne has the advantage in grappling. Karolina has shown decent takedown defense in her career but if Jessica Penna can make Karolina work by constantly shooting for takedowns and holding her up against the cage in the clinch then Penne can get some valuable control time in the fight.

Neither of the fighters presents a threat on the feet as both lacks the knock-out power to finish the fight.

If we look at the resume of both the fighters, Karolina Kowalkiewicz’s resume certainly looks more impressive as she has fought tougher opponents than Jessica Penne. And she even has a win over the current strawweight champion, Rose Namajunas.

While Jessica Penne was finished in her fights against Johanna Jedrzejczyk and Michelle Waterson, Karolina went to a decision against both the fighters and even had some successful moments against Joanna.

Also Read: Derrick Lewis and Ciryl Gane get into a heated face off ahead of UFC 265

“Are you serious? This skill is unmatched”: Kevin Durant and Draymond Green Shut Down Team USA Haters After Winning Gold At The Tokyo Olympics 2020