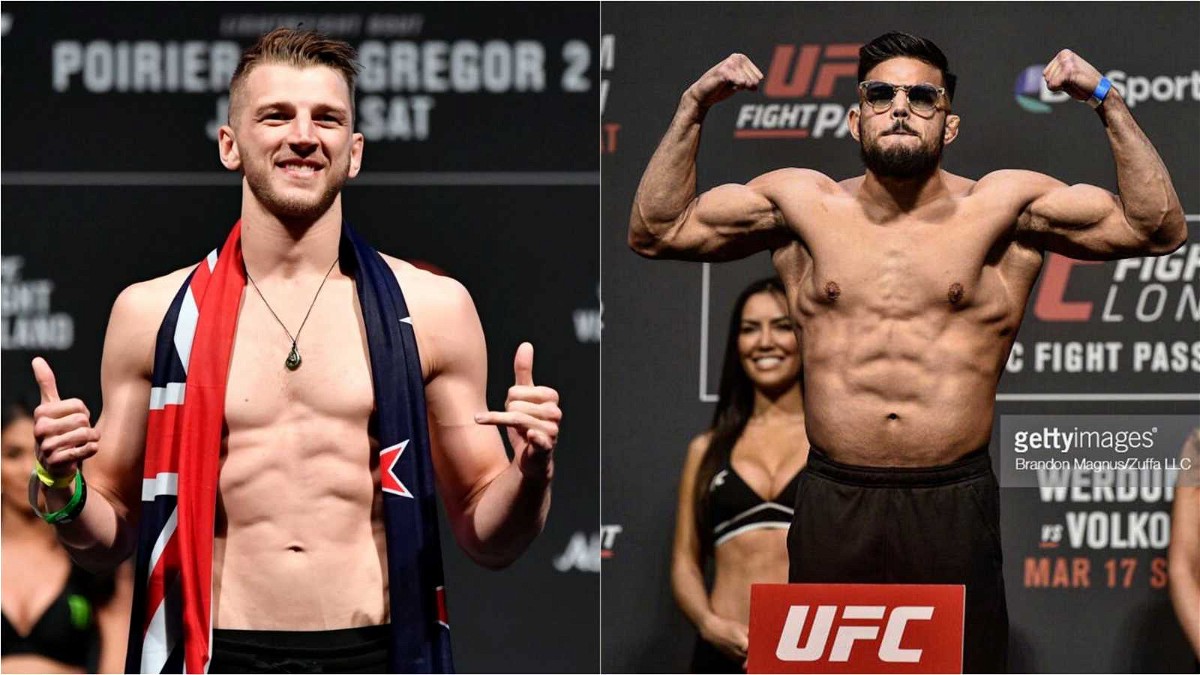 The UFC world is still struggling to come to terms with the hurdles that the COVID-19 pandemic has provided. More recently, the Lightweight bout scheduled between Dan Hooker and Nasrat Haqparast is in jeopardy as both the fighters struggle with Visa issues. The fight is currently scheduled to take place in the preliminary card of UFC 266.

Dan Hooker confirms that he will make it

Recently, New Zealand had issued a countrywide lockdown due to the COVID-19. Due to this, Hooker was facing trouble getting his visa to head on over to the U.S. for his fight against Nasrat Haqparast. Fortunately, he was able to procure the required documents in time.

Hey team, I have called this number every day for the last two weeks. ✌️

Just tried again after your suggestion and they told me to send an email which I have also already done. 🙏 https://t.co/4OtKjZXP9E

Hooker issued a public plea through his Twitter account and reached out to Kevin Covert, the acting U.S. ambassador to New Zealand requesting help. It is not very easy to procure the visa on such short notice but fortunately for the MMA world and Hooker, the country rallied behind him and after a successful meeting, he was able to secure the visa.

“I’ll be there”, he said on The MMA Hour. “That’s all in the clear. The visa was the only thing stopping me. Last Friday here in New Zealand, my flight was Sunday, and the consulate got in touch with me and said, ‘We’re not gonna be able to process the visa until the end of [next] week.’ I had done so much work to get to this point, so I went to social media. I went to MMA Twitter, I was on the 6:00 news here in New Zealand on a few different stations, everyone getting behind me and just bombarding the consulate. Everyone was submitting like, ‘Get Dan Hooker his visa, full applications.’

Hooker posted this video on his Twitter handle after he got his visa.

Squeaky wheel gets the oil. 😂 pic.twitter.com/Kr3A4Z63El

People praised Hooker by saying he is always “Mr No Excuses” as he time and time again shows up leaving no stone unturned.

As Hooker managed to resolve his visa issues, a new but similar problem came to light. This time it was Hooker’s opponent, Nasrat Haqparast who is facing an issue with getting his visa approved in time. Haqparast too made a public plea through his Twitter handle late on Monday evening. He reached out to the U.S. Consulate of Frankfurt, Germany through a series of Tweets of his own to have his visa approved.

I tried to call and email a couple times. I’m ready to fly out on last notice and cut weight on Thursday evening , weigh in Friday and fight Saturday. I just need my Visa approved and passport back please.. @RichardGrenell @usconsfrankfurt @AliAbdelaziz00

In contrast to New Zealand, Germany is not currently under lockdown. Although, due to the COVID-19 pandemic, there is a certain waiting time for getting a work visa as there are limited visa appointments.

This isn’t the only issue Haqparast is facing. He has been through a lot recently including the sad demise of his mother. Regardless of lamenting his family’s loss, he did not pull out of the fight against Hooker. While trying to shuffle both by going back home for his mother’s funeral, visa issues might keep the fight from happening at UFC 266.