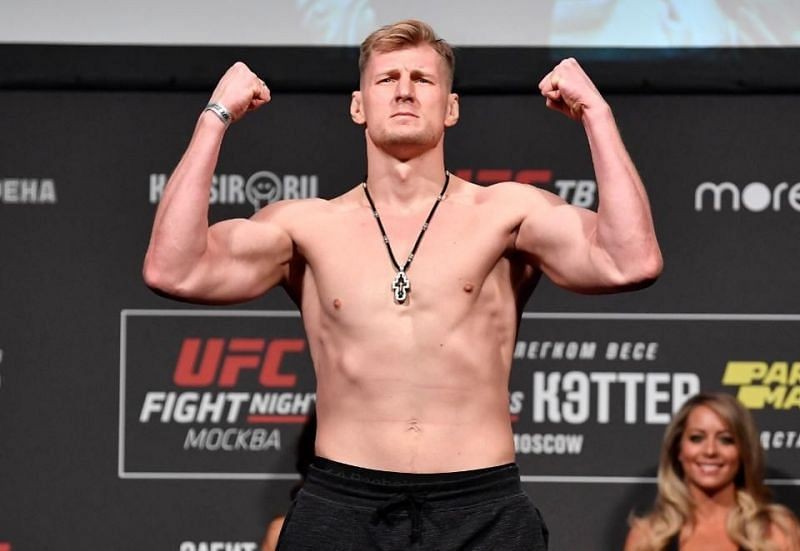 This weekend at UFC 267 the fight fans will witness a power-packed fight card which will be taking place at the Etihad Arena in Abu Dhabi. In the main card, UFC have placed a massive Heavyweight fight, where the Russian giant Alexander Volkov will be taking on Marcin Tybura.

Alexander Volkov will be looking to rebound from a five-round decision defeat to Ciryl Gane in June. The former Bellator champion was coming off back-to-back stoppage wins over Alistair Overeem and Walt Harris prior to his recent setback.

Marcin Tybura is on a phenomenal run after five straight wins inside the octagon since February 2020, with the most recent wins over Ben Rothwell, Greg Hardy and Walt Harris. Tybura, who like Volkov is a former M-1 heavyweight titleholder, has won nine of 14 since joining the UFC in 2016.

Russian fighter Volkov has completely filled out and turned into one of the most physically imposing heavyweights on the UFC roster. The UFC’s No. 5th ranked Heavyweight makes the most of his height and reach advantages in every fight.

The “Drago” is an incredibly efficient striker who would be glad moving back to the larger, 30-foot-octagon, as opposed to the 25-foot cage at the UFC APEX, which was used in three of his past four fights. Marcin Tybura enters this bout on a five-fight winning streak, but he will have to close the distance against the larger man in the big cage. His two most recent wins also came in a small cage, but this run has not been particularly impressive.

Tybura is going to need multiple takedowns or have excessive control time in the clinch in order to win this fight. Tybura can secure the takedowns and keep Volkov on his back, but if he can’t do it then Volkov will chew him up with straight punches using his long range.