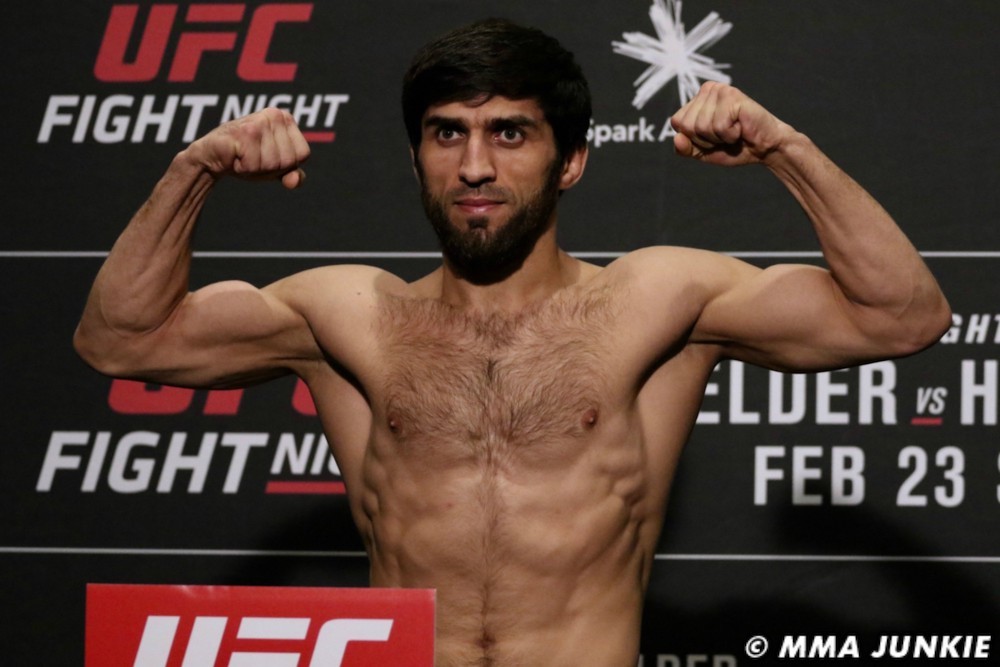 This weekend at UFC 267 the fight fans will witness some exciting fights in the main card, which will be taking place at the Etihad Arena in Abu Dhabi. But before the main card kicks off, a preliminary bout between Magomed Mustafaev and Damir Ismagulov will take place in the Lightweight division.

Magomed Mustafaev (14-4) will be returning from a 20-month layoff when he enters the octagon on October 30. He was last in action against Brad Riddell at UFC Fight Night: Felder vs. Hooker, where he lost via unanimous decision. Before that loss, he knocked out hot prospect Rafael Fiziev in less than two minutes in 2019.

Kazakhstani fighter Damir Ismagulov (23-1) has been perfect through four fights in the UFC and is riding a 15-fight win streak from 2015. After not fighting in 2020, the Russian-born Kazakh fighter returned to action against Rafael Alves in May at UFC Fight Night: Font vs. Garbrandt.

Mustafaev is a very exciting fighter because he’s always looking for some sort of action. In some of his fights that involves loading up on leg kicks and doing early damage. In others, it’s been shooting infinite takedowns and pushing the pace that way.

Either way, Magomed Mustafaev has been moderately effective when he can be the one pursuing the action. Mustafaev is one of the scariest strikers in the lightweight division, with a genuinely vicious kickboxing ability which can knockout anyone.

Damir Ismagulov is probably one of the most underrated lightweights in the UFC. A two-year hiatus from the cage certainly didn’t help matters. However, in his return against Rafael Alves, he looked very good and had an insanely fast striking power with dynamic takedowns. Overall, it seems to be an interesting match-up.