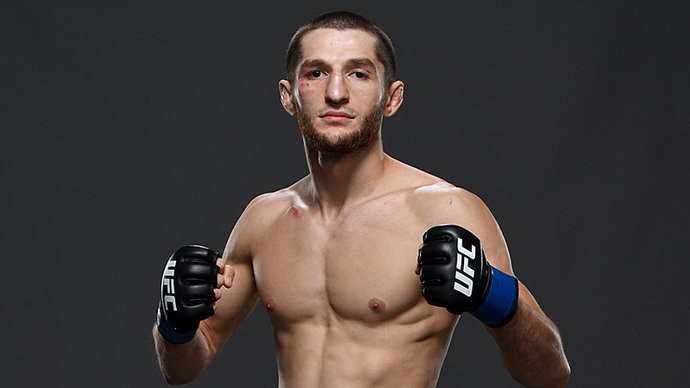 This weekend at UFC 267 the fight fans will witness some exciting fights in the main card, which will be taking place at the Etihad Arena in Abu Dhabi. But before the main card kicks off, a preliminary bout between Tagir Ulanbekov and Allan Nascimento will take place in the Flyweight division.

At UFC 267, Tagir Ulanbekov (13-1) will be looking to get his second victory in the promotion. In his UFC debut, he beat Bruno Silva via unanimous decision at UFC Fight Island 5. The Eagles MMA fighter is currently on a four-fight win streak. The Russian stands out for his strong grappling and vicious submission game.

Brazilian fighter Allan Nascimento (17-5) will make his debut in the octagon . The ‘Puro Osso’ became known for his time at XFC and Rizin FF . In the Contender Series Brazil, he lost by a split decision to Raulian Paiva . In his next fight, he submitted Elivaldo Lima Martins back in July 2021.

Tagir Ulanbekov uses his range a lot. He uses kicks from a distance to keep his opponents at bay and has a long sticking jab that he implements very well. Allan Nascimento is a lot more compact in what he does. He keeps his hands high and tight to prevent any big shots, but it also allows him to load up on short-range shots as well.

The grappling side of things should be equally as interesting. In terms of submission skills, Nascimento should have a clear advantage. He attacks submissions from all positions, which is why he has finishes from armbars and triangles off his back.

The clear advantage on the feet goes to Ulanbekov and he is also going to dictate wherever the fight takes place. There is a chance that he takes this fight to the ground and puts himself in more danger, but as long as he’s on top, he should be safe enough.