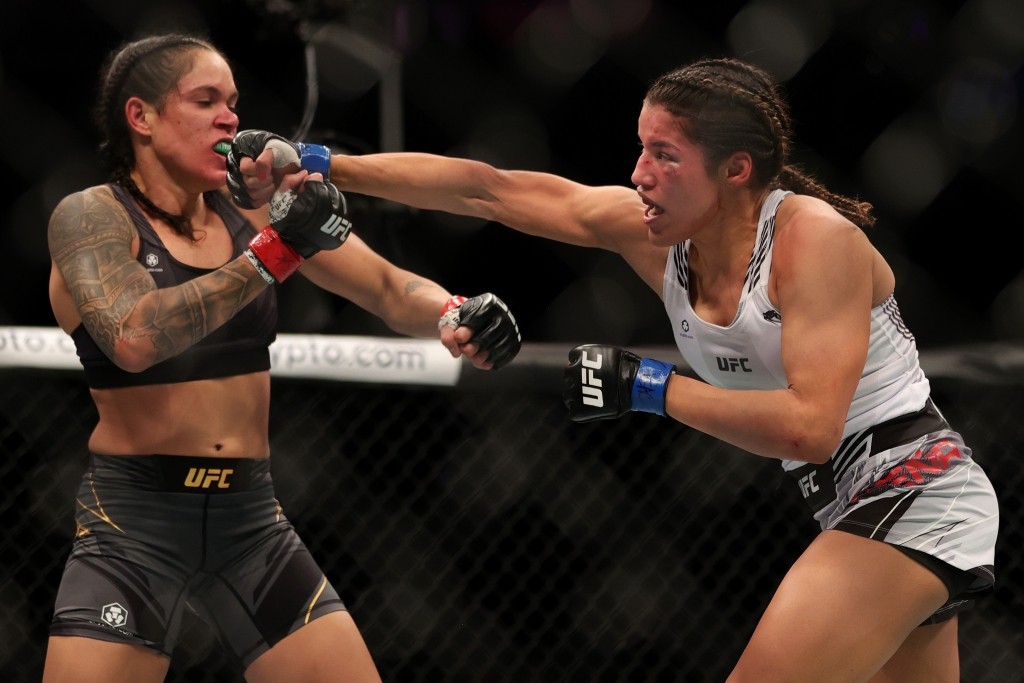 The year 2021 has the greatest ever upset in the history of UFC as Julianna Pena defeats Amanda Nunes for the bantamweight Championship. Pena submitted Nunes in the second round of the fight. Now, the amount of a shocker it was for the fight netizens,  it was more for the MMA fraternity.

Praises for Julianna Pena flooded in for giving the biggest shocker of the year.

Amanda Nunes was always termed as the invincible and was considered a superhero in the cage. After Pena proved that wrong the UFC Bantamweight Champion Aljamain Sterling had something to say.

ANYTHING IS POSSIBLE!! NEVER FORGET THAT!! #UFC269!

Wonderboy Thompson was also astonished by the fight Pena put against Nunes.

Casey O’Neill,  Tanner Boser, and Diana Belbita were also shocked by the result. Here are their reactions after the biggest shocker of the year

One of the biggest upsets of all the time.#UFC269

UFC Hall of Famer and former p4p rank 1 fighter  Jon Jones made a playfully mimicking sound of a goat after Venezuelan Vixen beat Nunes( mocking Nunes). However, he later deleted the video.

Nunes was undefeated for eight long years. In which she defeated greats of the sport like Ronda Rousey,  Miesha Tate, Valentina Shevchenko, and the list goes on. So, defeating someone with that stature in the combat sports world at her prime is quite a shock and admirable.

Absolutely amazing ! Congrats to the Venezuelan vixen!!!!! That’s why they play the game ! #ufc 269 @venezuelanvixen