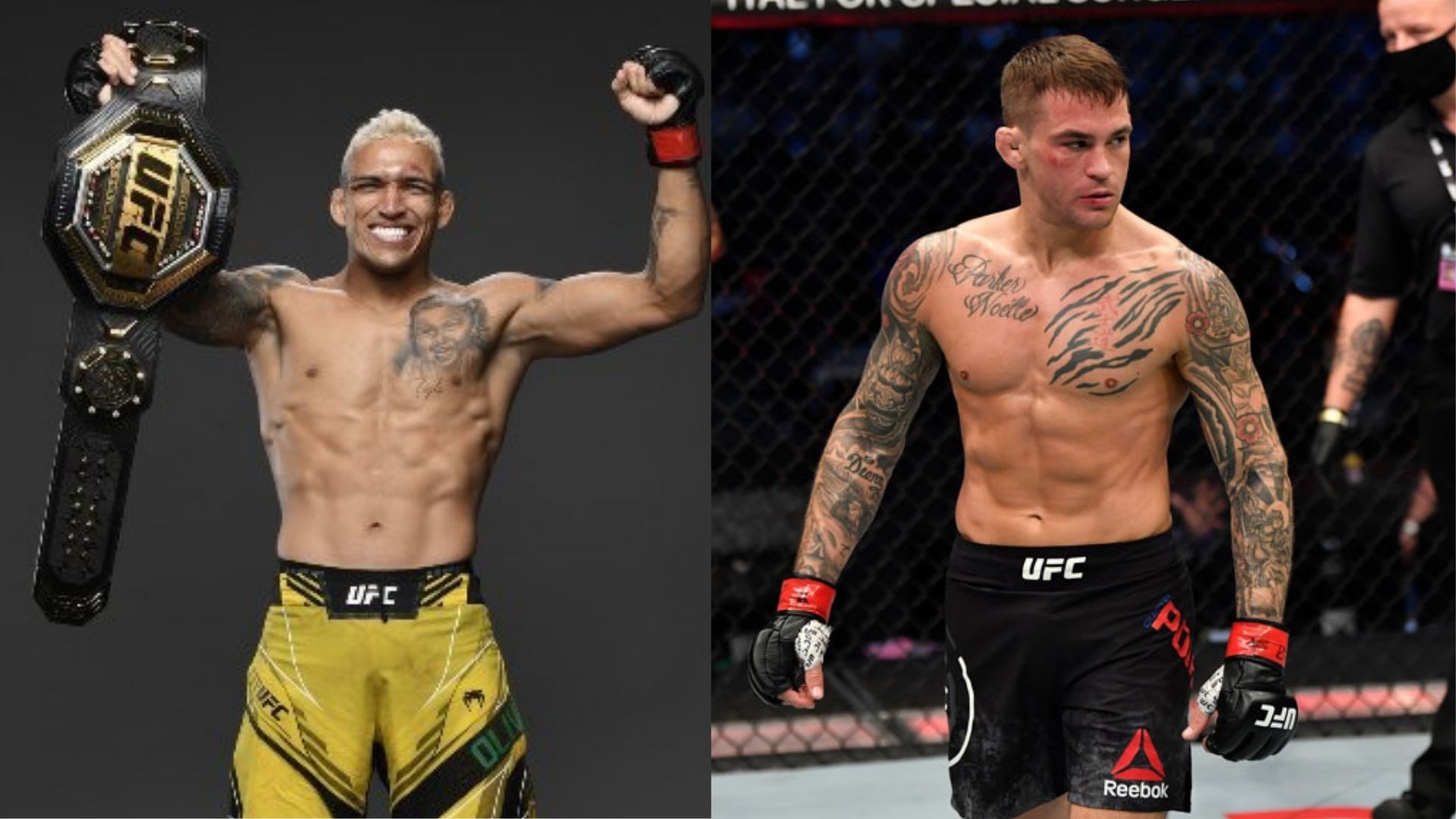 2021 has been the greatest year in the history of the Ultimate Fighting Championship (UFC). They have sold the most number of Pay Per Views (PPVs) in a single calendar year. The year has also seen a few bangers of a fight. One such fight is coming up in a week’s time. The last PPV of the year, UFC 269, will be headlined by Charles Oliveira vs Dustin Poirier.

Charles Oliveira is the current lightweight champion of the world. He acquired the championship at UFC 262 against Michael Chandler. The 32-year old did not have smooth sailing in the fight. Oliveira was on the ropes during the first round. But he showed heart and survived the round. In the second round, Charles stopped Chandler via TKO.

The first episode of #UFC269 Embedded has dropped 🙌

Dustin Poirier, on the other hand, is coming off of two incredible fights. UFC 257 and UFC 264 were two of the highest-selling PPVs of 2021. Although the fights were against Conor McGregor, the biggest superstar in the sport, they undoubtedly raised Poirier’s profile. Hence, it will not be surprising if UFC 269 joins the list of highest selling PPVs of the year.

This fight will be interesting on a copious number of levels. The striking skills and the ground skills are the two obvious aspects of the fight. But cardio will also be a huge factor in the fight. Due to the clash of styles, this fight does have the potential to go 5 rounds. Although Dustin Poirier promises that he will finish the champ, it might just go the distance.

Dustin Poirier has explosive power and speed. His punches are incredibly fast and accurate. The Louisiana native landed accurate jabs on Conor McGregor, who is considered to be the best boxer in the UFC. His leg kicks will also be a big factor in the fight. But that might also turn out to be his ‘Achilles Heel.’

Although Dustin Poirier’s leg kicks can be lethal, they can also be used as a tool for takedowns, and he just happens to be facing Charles Oliveira. Oliveira is currently the holder of the submission record. He has extremely high-level jiu-jitsu and the ability to submit a fighter from any position. The champ finished Kevin Lee with a Guillotine choke out of nowhere. He almost broke Tony Ferguson‘s arm with an armbar. Poirier does have good skills on the ground. But is it enough to negate the skills of Oliveira?

Charles Oliveira also has an advantage in terms of reach. He will use that to maintain the distance and jump for the takedown when needed.