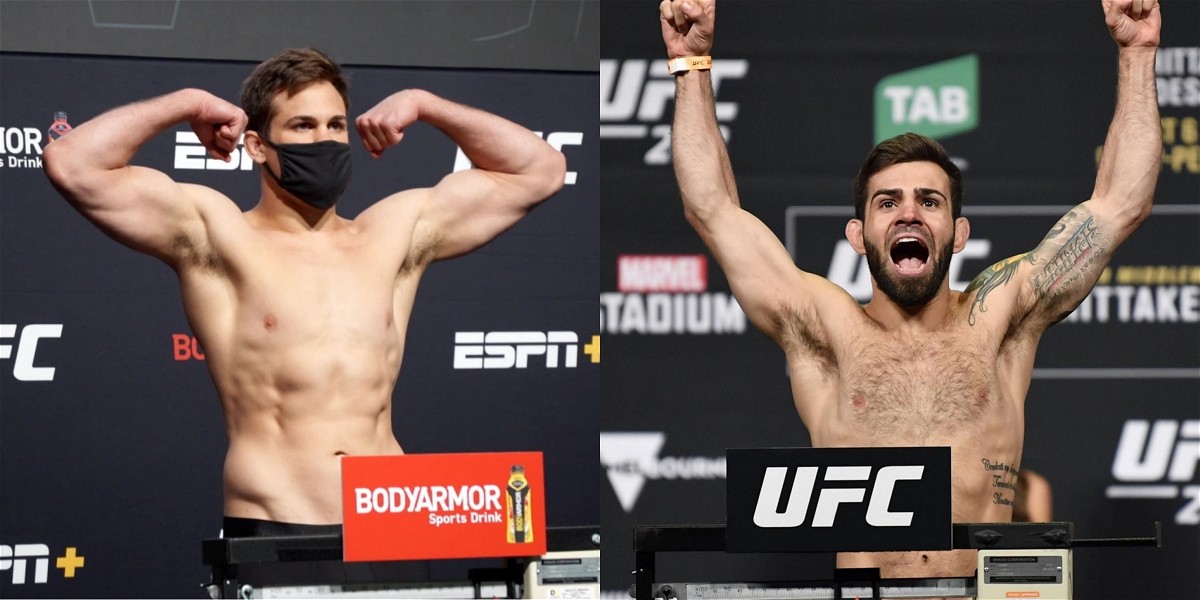 UFC 269 has turned out to be one of the best fight cards in recent memory. It will be the last Pay-Per-View (PPV) of the year, and what a way to end 2021! Charles Oliveira will fight Dustin Poirier at the top of the bill for the lightweight strap. Meanwhile, Amanda Nunes will defend her bantamweight belt against Juliana Pena.

The prelims of the fight card are worthy of being on the main card itself. With fights such as Josh Emmett vs Dan Ige and Pedro Munhoz vs Dominic Cruz, the prelims are unmissable for this particular card. Jordan Wright vs Bruno Silva will be the first fight on the card.

WHAT A COMEBACK FOR BRUNO SILVA ????

Jordan Wright made his debut in the UFC on a card headlined by Pedro Munhoz and Frankie Edgar in 2020. Although his debut fight took place in the light heavyweight division, his next two fights were in the middleweight division. Bruno Silva, on the other hand, made his debut this year and is currently on a two-fight win streak.

Jordan Wright vs Bruno Silva looks like a mismatch on paper. Wright is younger by 2 years, and he is the taller fighter, with a significant advantage in terms of reach. Jason has won all 3 of his UFC fights via KO/TKO.

He defeated Ike Villanueva and Jamie Pickett via KO/TKO. The 30-year old managed to do so in the very first round of all those fights. That is one aspect of the contest that Bruno Silva should look to explore.

It will be Silva’s 3rd fight in the UFC. Similar to Wright, Silva also won his fights in the organisation via knockout. However, he is in a disadvantageous position in this edition. Bruno has a smaller reach. His power in comparison to Wright’s is questionable as well. But Silva has gone more than one round once in the UFC. If he survives the first round, then Bruno can test Jason Wright’s cardio.

What is Dustin Poirier’s Net Worth in 2021: How Much Does Poirier Make From His Fighting Career in the UFC?