Charles Oliveira and Dustin Poirier shared the UFC Octagon for the UFC’s lightweight championship in the main event of UFC 269 inside T-Mobile Arena in Las Vegas. Oliveira came out on top as he submitted Poirier in the third round to defend his UFC gold. Let’s take a look at how much each of these fighters made for their appearance at UFC 269.

According to SportZion, Charles Oliveira made a whopping $492,000 for his title defense against Dustin Poirier at UFC 269. This does not include the Performance of the Night bonus of $50,000. Oliveira also picked up the sponsorship bonus, taking his total earning from UFC 269 to more than half a million dollars. 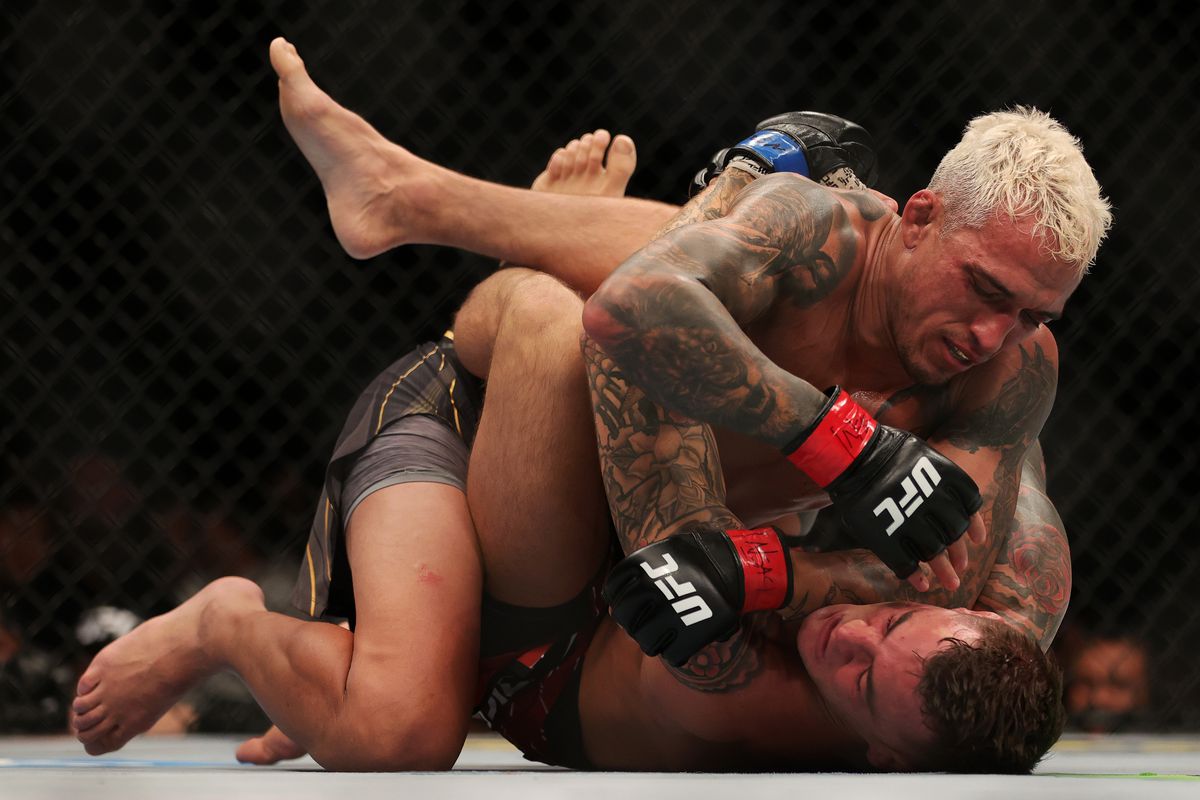 Meanwhile, Dustin Poirier pocketed $382,000 according to reports. Needless to say, the salaries did not include the PPV points, and it’s safe to say that both the fighters will definitely pocket in the range of $1 million after actual figures come to light. However, UFC has always kept the fighter’s pay a secret from the public eye. Be that as it may, several reports have indicated the near close figures.

UFC fight purse: How much did Amanda Nunes and Julianna Pena make at UFC 269

According to reports, Amanda Nunes earned a base salary of $400,000 for her fight against Julianna Pena. In what was one of the biggest upsets in the history of the sport, Nunes dropped a submission loss against Julianna Pena in the second round, marking an end to her 7-year long undefeated streak.

Julianna Pena pocketed $135,000 for the fight, and it’s safe to say that her fight purse will see a huge bump in the next fight considering she reigns supreme as the UFC’s new bantamweight champion of the world.

It must be said that these figures are not actual, and do not include the revenue share from PPV buys. Be that as it may, it looks like it was a great night for fighters, and for the fight fans who gathered inside the T-Mobile Arena in Las Vegas for the last PPV of the year, 2021.