UFC 269 Walkout Songs: List of Songs Dustin Poirier and Charles Oliveira Have Walked Out to in Their UFC Career 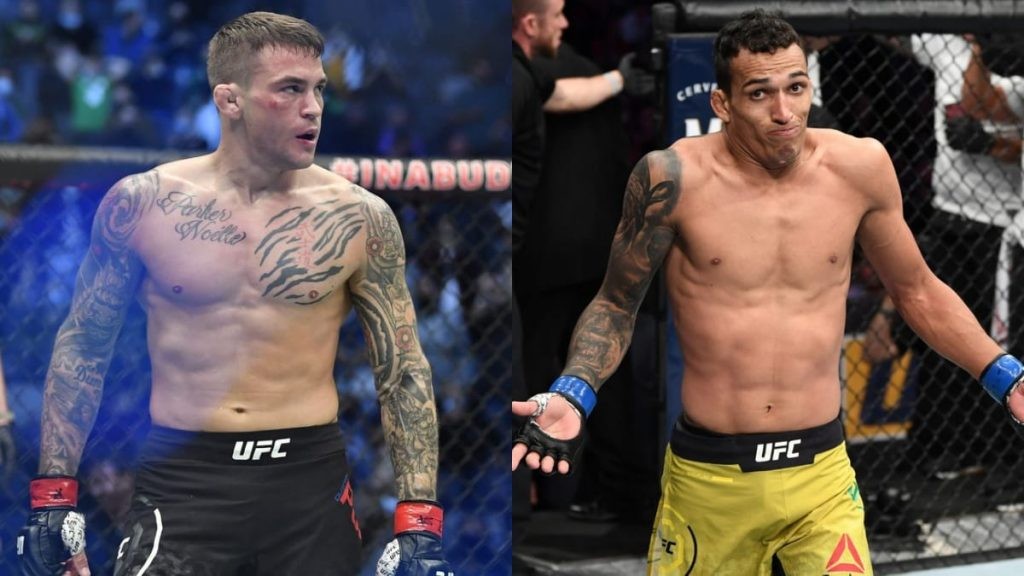 UFC 269 goes down this weekend inside T-Mobile Arena in Las Vegas. The last PPV of the year 2021 will witness a UFC Lightweight Championship bout between Charles Oliveira and Dustin Poirier in the main event of the evening.

There’s business to be settled ????

In the co-main event, Amanda Nunes returns to the cage to defend her bantamweight strap against an equally dangerous Julianna Pena. With several other exciting match-ups on the card, it’s needless to say that fight fans are in for a treat when they tune in for UFC 269. The likes of Cody Garbrandt, Dominick Cruz, and Sean O’Malley also returns to the cage.

Ahead of what promises to be an exciting night of fights, here’s the tale of the tape for  Charles Oliveira and Dustin Poirier’s match-up for the UFC’s lightweight championship and take a look at their walkout songs over the years.

Dustin Poirier has shared the cage with arguably some of the greatest mixed martial artists in the world. The former UFC interim champion will look to get past Charles Oliveira this weekend, in what promises to be an exciting match-up between both contenders. 2021 has been an exciting year for Dustin Porier. The Diamond will step inside the UFC cage this weekend on the back of back-to-back stoppage wins over the former two-division champion Conor McGregor.

Dustin Poirier used the song “The Boss” by James Brown for his rematch against Conor McGregor back at UFC 257 as well. Needless to say, after spending more than a decade in one of the most competitive divisions in the UFC, Poirier doesn’t fail to remind everybody that he is “the Boss.”

It’s likely that Dustin Poirier will once again make his walkout to the cage on James Browns’ classic, to once again remind the world that he rules the lightweight division. Needless to say, a win against Charles Oliveira will only solidify his claim.

UFC 269: Charles Oliveira expected to walk out to “O Hino” by Fernandinho

The Brazilian fighter Charles Oliveira has walked out “O Hino” by Fernandinho for as long as one can remember. Oliveira used the same song during UFC 256, where he took on the former interim champion Tony Ferguson.

Oliveira made his walk to the Octagon with O Hino once again playing in the background. Needless to say, this weekend as he walks out to the cage to take on arguably the toughest challenger of his life, in the biggest fight of his career, we can expect Fernandinho’s beautiful voice entertaining fight fans here at UFC 269 in Las Vegas.