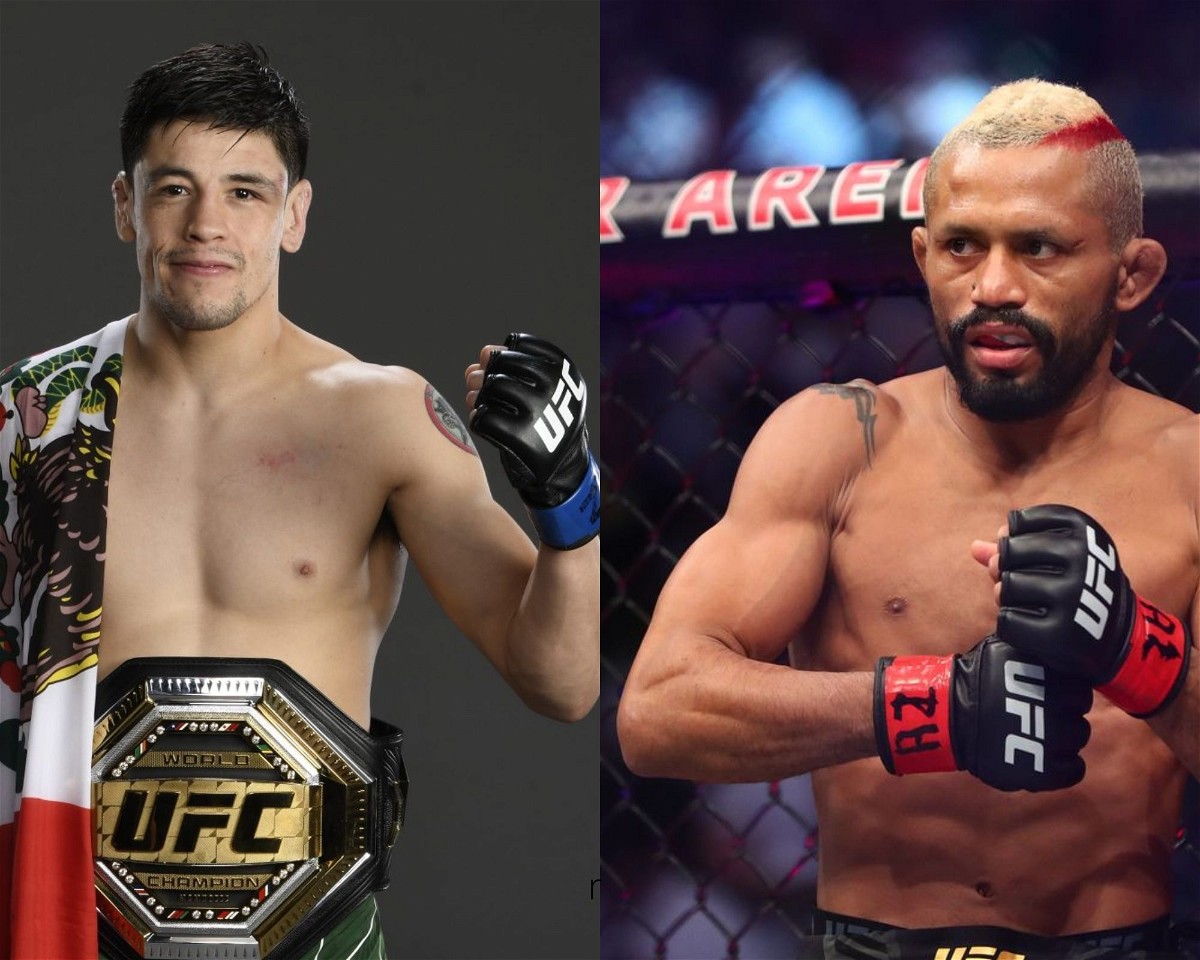 Brandon Moreno is going to defend his title for the first time in a trilogy fight against the former champion Deiveson Figueiredo in a Flyweight. The fight will feature as the co-main event of UFC 270.

Deiveson Figueiredo (20-2-1) is coming off a loss against Brandon Moreno at UFC 263. After losing the fight, Figueiredo joined with Henry Cejudo to train. Before drawing the fight to Moreno at their first meeting, Deiveson was on a 5 fight win streak. He would certainly look forward to getting his belt back.

On the other hand, Brandon Moreno (19-5-2) has had a terrific story. After losing two fights in a row against Pettis and Pantoja UFC cut Moreno off his contract. However, his belief in himself made his return inside the octagon and now he is the champion. So, Moreno would never like going back to those days of adversities. He would love to defend his title in order to cement his position as the champion.

Moreno‘s strength is his volume and ground game. He took down Deiveson 6 times in the total 8 rounds. Even though Deiveson out-landed Moreno with a total significant strike over 137, point deduction for groin strikes in the third round made their first fight a draw. But, Moreno certainly made the necessary changes in his game as he managed to pressurize Deiveson with 47 significant strikes to 24.

Even though Deiveson tried to put pressure on Moreno, he fought back quite well. However, it is still in Figueiredo’s best interest to start with high energy exchange and then implement the ground skill he says he improved training with Henry Cejudo in later rounds.

However, Moreno should manage to counter against Deiveson’s grappling, and in addition to that, he is durable. Also, since Moreno has the youth advantage and winning momentum with him he should be able to come out better from the high-energy exchange. Hence, it is safe to say that Moreno will be able to defend his title at UFC 270.

Rafael Nadal Calls His Win Over Karen Khachanov His “Best Match Since Coming Back”, Says He Has Been Through Tough Times