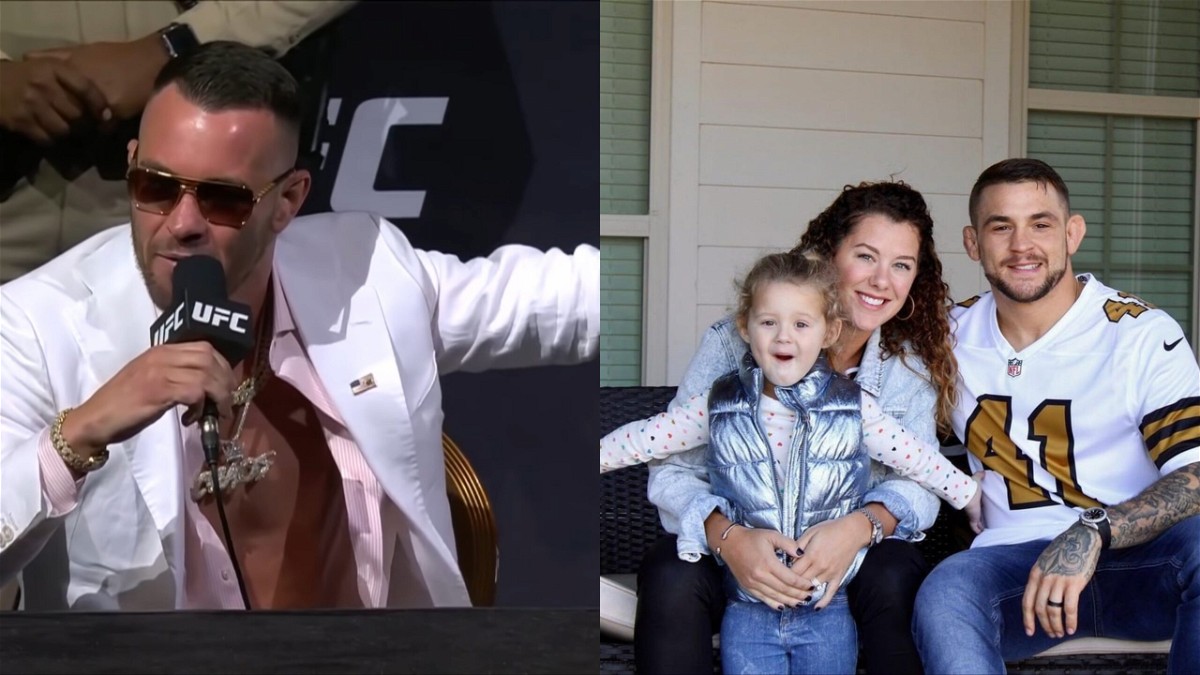 Colby Covington targets Dustin Poirier in the official UFC 272 press conference ahead of the event this Saturday.

The former UFC interim welterweight champ Colby Covington will finally fight his former ‘best friend’ and long time rival Jorge Masvidal. However, ‘The Chaos‘ is also keeping an eye towards another massive fight in future against Dustin Poirier.

During the presser, He took a shot at Poirier. Ahead of UFC 264, Conor McGregor revealed that Dustin’s wife, Jolie Poirier apparently sent him a message. Bringing that up, Colby recommends that the two-time lightweight championship contender get a ‘paternity test.’

“Dustin’s kid sounds like he’s got an Irish accent. I just want to make sure that Dustin gets a paternity test. Conor’s the daddy!”

Colby Covington: ‘I will come after Dustin Poirier after I’m done with Jorge Masvidal’

Similar to Jorge Masvidal, Dustin Poirier also used to be teammates with Colby Covington. All three were a part of ATT until 2020. The latter part of Colby’s stay was filled with friction among the trio. Covington has repeatedly targeted Poirier’s family. In the press conference yesterday, Colby expressed the wish to fight Dustin and said,

“Oh, man! I’ll beat both of them up in the same night. I hope he’s in the crowd. Because after I’m done with this little b*tch, I’mma go get that little c**k Dustin afterwards in the crowd.”

The Louisiana native addressed the possibility of a future fight between the two. Dustin said it bout won’t take place inside the Octagon. But they may fight each other on the streets. However, Poirier previously stated that he would move up to welterweight and everybody is on the list. Although he may not want to fight Covington right now, the UFC may put an offer on the table that he can’t refuse.

UFC 272 is just two days away. Depending on the result of the card, will Colby Covington call out Dustin Poirier to set up one of the biggest fights of each other’s careers? Only time will tell. Fans can catch all the UFC 272 action live on PPV.