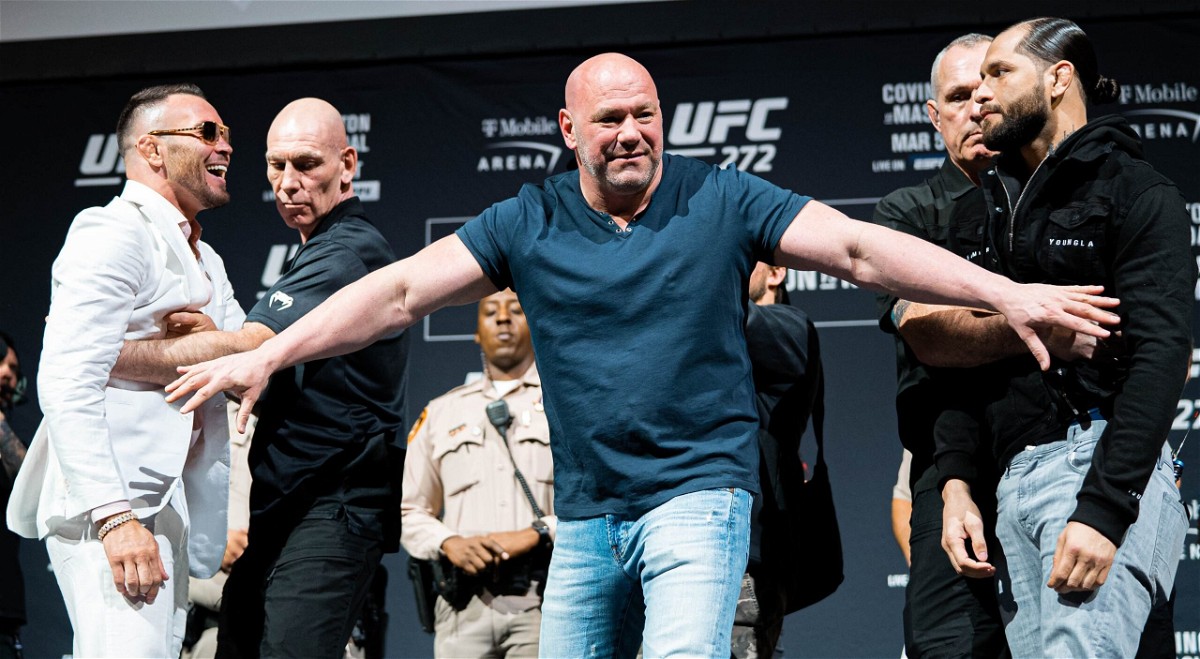 Dana White has finally responded to the claim made by Colby Covington that he was on the chopping block ahead of his fight against Demian Maia at UFC Fight Night 119.

The official press conference for UFC 272 was held yesterday and it was a wild one. Neither fighter held back what they had to say about the other one. During the back end of the presser, the UFC president was asked about the validity of the claim made by Colby.

After making his promotional debut in 2014, Colby Covington had a record of 7-1 leading up to the Demian Maia fight. Among the seven wins, Covington finished his opponents 4 times. However, that was not enough for the UFC. Allegedly there were planning on letting the fighter go. Responding to that, Dana White said,

“I have no idea. I honestly don’t know the answer to that question. That was a long time ago.”

Colby Covington: ‘UFC was going to cut me after the Demian Maia fight’

In the press conference, Jorge Masvidal hinted towards the podcast where Colby Covington spoke on the incident. He appeared on ‘The Candace Owens Show’ in December of 2019. Recalling the occurrence, The 34-year old added,

“I have never told this story before. Three fights ago before I fought the number two guy in the world, this gut called Demian Maia in Brazil. They had told my manager Dan Lambert that they weren’t gonna resign me. They didn’t like my style, they didn’t like that I wasn’t entertaining.”

“This is before I really started to become an entertainer and understand the entertainment aspect of this business. So before this fight, they told me no matter what happens…. We (UFC) are not resigning you, we don’t like your character, we don’t like your fighting style,”

“And I’m getting paid 30 thousand dollars to go fight the number two guy in the world. After you pay taxes and pay your coaches, you’re really gonna get 5 or 10 thousand dollars. So I go out there, beat him up and leave him in a pool of his own blood in Sao Paulo, Brazil. His home city and I shoot this promo on the Brazilians.”

“And I said, ‘hey, you guys are all bunch of filthy animals you know. And Brazil, you’re a dump!’ “

He then explained that the promo became so viral that the UFC that keep Colby in the company. He called it the ‘turning point’ of his career. Despite the outside Octagon shenanigans, fans can be glad that UFC re-signed Colby Covington as he has gone on to become one of the biggest stars of the company. He will fight Jorge Masvidal in a couple of days on UFC 272.