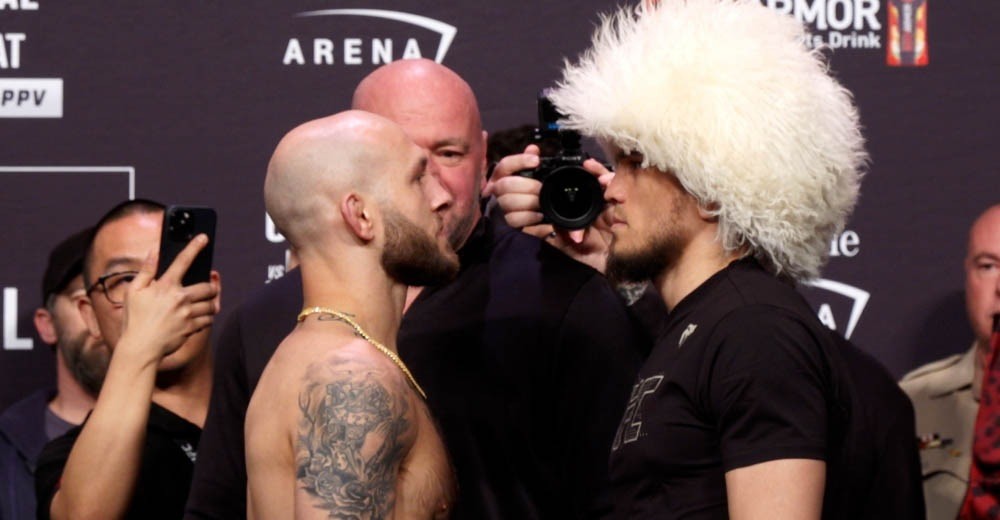 Ultimate Fighting Championship (UFC) will hold its third Pay Per View (PPV) of the year this week. UFC 272 is all set to go on the air this Saturday from the T-Mobile Arena in Las Vegas. Colby Covington vs Jorge Masvidal will headline the event.

The main event has a lot of personal vendetta and bad blood behind it. Masvidal and Covington were the best of buddies at one point. As UFC president Dana White pointed out, no other rivalry in the history of the company involved two people who were teammates, roommates and cornermen for each other.

“I think I’m ready to show my skills and who I am.”

Umar Nurmagomedov (@UmarNmgdv) is excited to put on a performance on a big stage ????⬆️

Hence, it will be a must-see event for the fans. The card also features fun fights such as Renato Moicano vs Rafael Dos Anjos, Kevin Holland vs Alex Oliveira and Edson Barboza vs Bryce Mitchell. It also has four fights in the early prelims of the event. The most notable of them is Brian Kelleher vs Umar Nurmagomedov.

Brian ‘Boom’ Kelleher is a veteran of the UFC. He has had 13 fights in the company so far. Although he has lost 5 fights in the UFC so far, Kelleher is currently on a two-fight win streak. He defeated Kevin Croom and Domingo Pilarte via judges’ decisions in his last two bouts.

Umar Nurmagomedov on the other hand is fresh blood in the sport. In case fans are wondering, yes, he is related to the legendary former UFC undefeated lightweight champion Khabib Nurmagomedov. Umar is a cousin of ‘The Eagle.’ Similar to his cousin, Umar is also undefeated.

While Kelleher is a very well rounded fighter, he has not been tested against the very best of the division. Every time he was tested against an elite of the division such as Marlon ‘Chito’ Vera or Ricky Simón, he fell short. Whereas Nurmagomedov is yet to face any adversity in his career so far.

Umar Nurmagomedov is almost 10 years younger and has an insane level of grappling. His first fight against Sergey Morozov showed exactly why he is touted as the next great fighter from the Nurmagomedov clan. Kelleher already has two submission losses in his UFC career. Umar already has reach and height advantages over Brian. Hence, it will not be surprising to see if Nurmagomedov extends his win streak to 14.