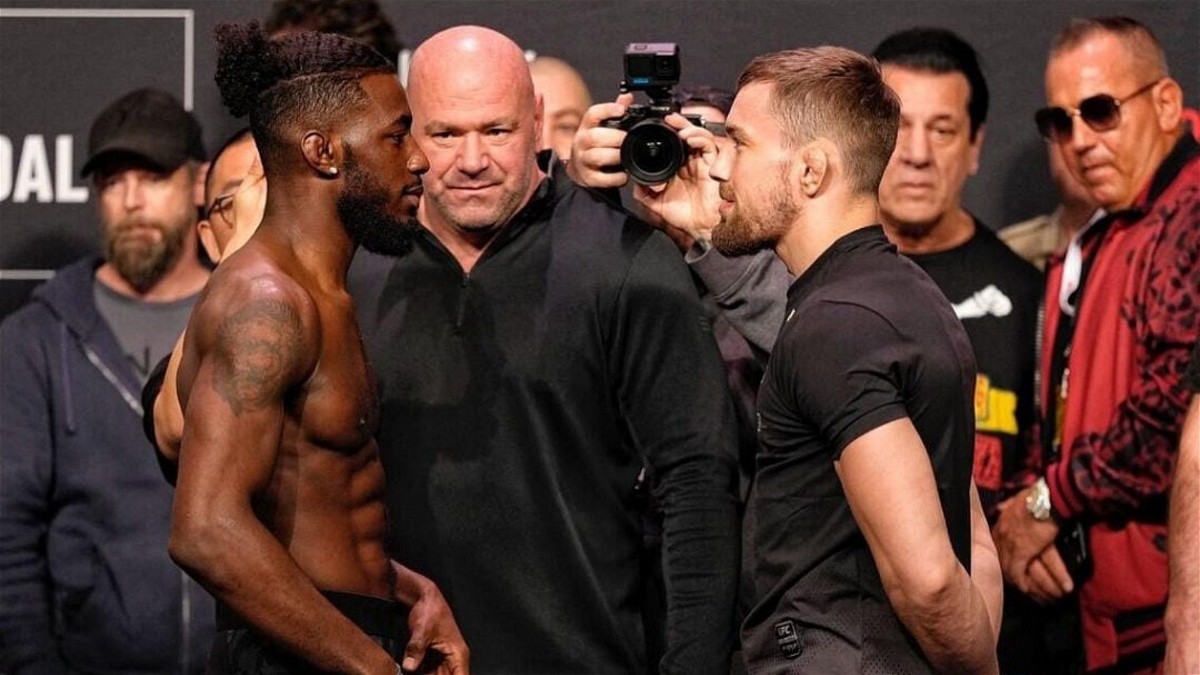 UFC 272 is a few hours away and fight fans are excited to see the grudge fight between former friends Colby Covington and Jorge Masvidal unfold. Apart from the main event, there are a few other fights that have the potential to excite the netizens. One such bout is a lightweight faceoff between Devonte Smith and  Ludovit Klein. The fight is scheduled as the second fight in UFC 272 early prelims.

Devonte Smith, also known as “King Kage” is coming off a loss against Jamie Mullarkey back in October of last year. Smith debuted in the promotion back in 2018 against Julian Erosa after winning the contract via the Dana White contender series. Since then, he has won 3 out of his 5 fights in the promotion. The 28 years old fighter would be looking to better his resume to go ahead in the division.

Ludovit Klein on the other hand is also coming off two losses. Klein has only one win inside the octagon and has lasted twice. Unfortunately, both losses came in his last two fights. If he doesn’t win at UFC 272, UFc might cut him. He will have to fight for his spot this time in the octagon.

Devonte Smith has won 11 MMA fights in his career and of which 10 wins have come via KO/TKO. This shows his ability to sleep people inside the octagon. So, needless to say, Smith’s plan would be pacing slowly to get the finish. Devonte also has the upper hand in terms of height and reach advantage. Considering Devonte fights from a range, his reach advantage will be certainly deadly.

Ludovit Klein is coming to this fight on a one-week notice after Erick Gonzalez pulled out of the fight. While it’s uncertain if one week’s preparation is enough for this fight, fight fans should know that he is a deadly striker as well. Klein likes to throw heavy punches really fast looking to finish his opponents. So, it is safe to say that the fight won’t go the distance. Devonte Smith should be able to land heavy strikes before Klein.