UFC 272 will begin with its proceedings this weekend on 5th March at the T-Mobile Arena in Las Vegas. Consequently, this pay per view features several exciting fighters like Colby Covington, Jorge Masvidal, Rafael Dos Anjos, Edson Barboza and many more. It is needless to say that UFC 272 is filled with an entertaining set of fights.

As we inch closer to this PPV, let us preview one such fight that will keep the viewers hooked on to their seats throughout the entirety of the fight. Serghei Spivac returns to action as he kicks off the main card of UFC 272 by going against Greg Hardy in a mouthwatering heavyweight clash. 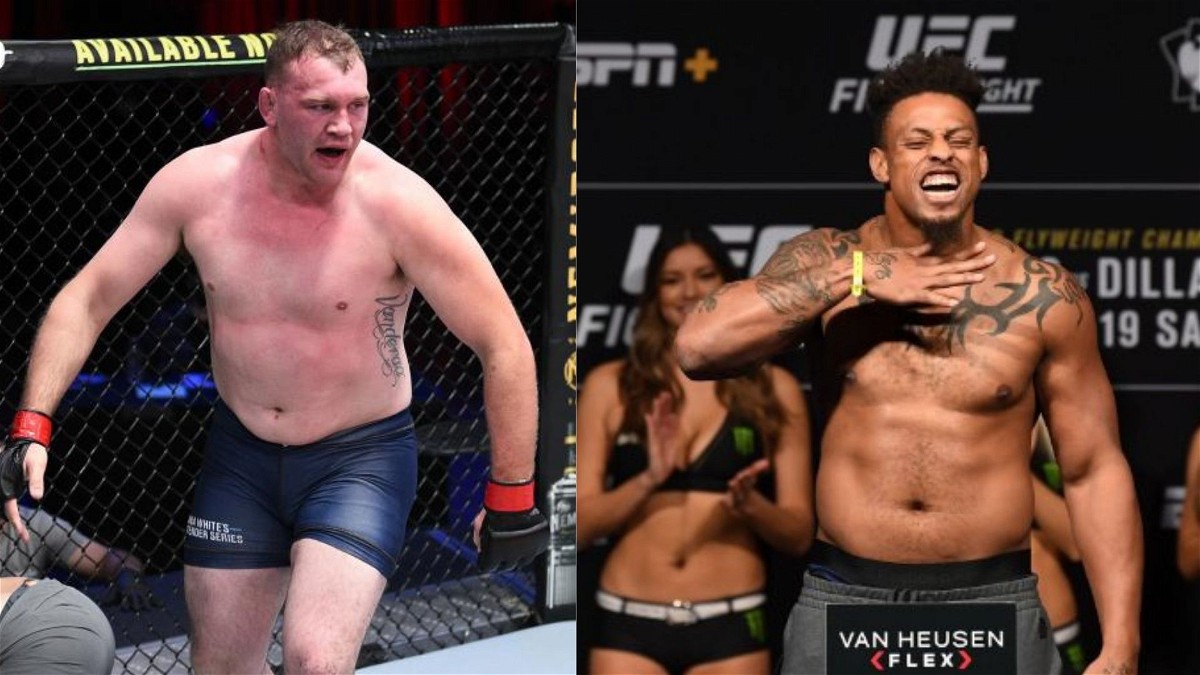 Both Spivac and Hardy are coming into this bout on the back of a brutal KO/TKO defeat. What’s more concerning is the fact that Sergei failed to land a single strike against Tom Aspinall in his last bout. Former NFL superstar Greg Hardy’s recent form is also questionable as he was knocked out by his last two opponents.

Before analyzing this bout let us compare the stats of these two heavyweights that will step inside the octagon at UFC 272.

Rising heavyweight contender Serghei Spivac was on a good streak of wins and was heading into the top spots of the heavyweight division. However, a lopsided defeat against British prospect Tom Aspinall means that Polar Bear needs to bounce back by getting a win against a tough Greg Hardy.

The 27-year-old heavyweight fighter is extremely dangerous on the ground. However, his striking power is not the best among the heavyweight contenders. The key to victory for the Moldovan heavyweight would be to take Hardy down in the fight and tire him out. Because in a striking battle, Greg Hardy would deal significant damage and finish Spivac off.

However, The Prince of War’s cardio is questionable as he tends to gas out as the fight progresses. Therefore one can expect Spivac to take advantage of this shortcoming and get his hands raised by the referee at UFC 272.