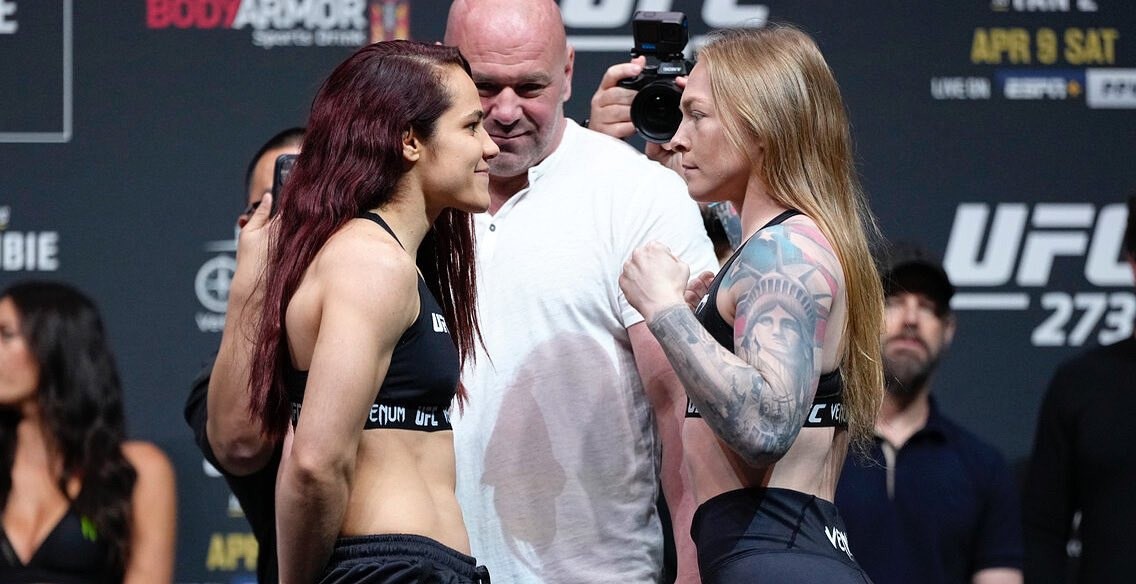 UFC Strawweight Kay Hansen will fight the debutant Piera Rodriguez in the second fight of the night at UFC 273 later tonight. The fight is set for 3 five minute rounds and it will be a part of the early prelims portion of the event.

Rodriguez has already fought under the UFC banner as she earned her UFC contract by beating Valesca Machado in the Dana White’s Tuesday Night Contender Series. However, it will be her very first fight on the big stage.

Kay Hansen on the other hand made her first appearance in the UFC in 2020. Despite a good victory on her debut, Hansen has had a few slip-ups and she’s currently on a two-fight losing skid.

Piera Rodriguez is an undefeated fighter out of Venezuela. She started out her career with 4 straight victories KO and TKO finishes. She is a dynamic striker who has been impeccable so far in her career. Her next opponent, however, has hit a snag in her career.

Kay Hansen had a record 6 wins and 3 losses before her UFC career began. She came into the promotion on the back of a few impressive wins in INVICTA FC. Hansen even got the performance of the night bonus for her armbar submission victory against Jinh Yu Frey in her UFC debut.

However, her career has taken a turn for the worse as she lost both of her next two fights via unanimous decision. The 22-year old was thoroughly outclassed by better strikers, which bodes well for Rodriguez.

Although Piera is much younger in her career, she is extremely gifted and is a physical powerhouse. ‘La Fiera’ can put an insane amount of pressure on Hansen which might shut down the American’s offence. If the California native does not find a way to take down her opponent, it will be her third loss on a trot.

Kay Hansen has also missed weight by over 2 pounds for the fight. It also may mean that she did not have a good camp for the fight. The odds are certainly against her.

NBA Contract Breakdown: How Much Money Does Kevin Durant Earn From Brooklyn Nets?