UFC 273: Khamzat Chimaev vs Gilbert Burns Date, Start Time in US, UK, Australia and How to Watch 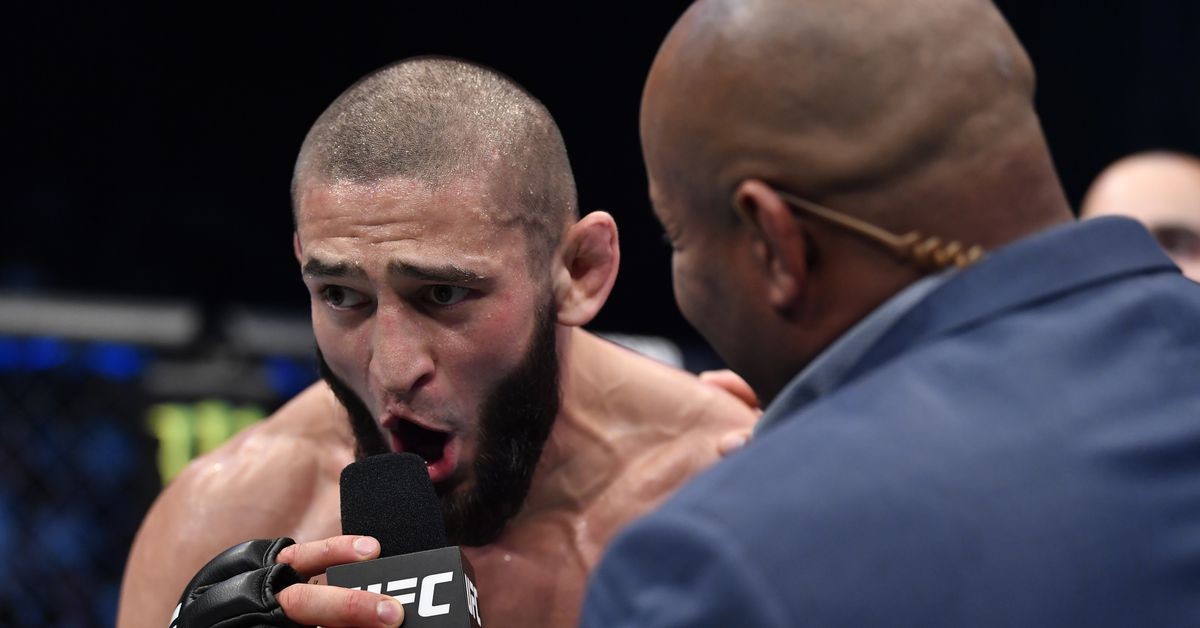 Khamzat Chimaev believes he will smash Adesanya without any difficulties

Alexander Volkanovski and Chan-Sung Jung ‘The Korean Zombie’ will face off in the Main event of UFC 273 on 9th April.

Volkanovski made his pro debut in 2012, and in 2013 he lost in his fourth career fight. Since then, he has compiled a 20-fight winning streak. Volkanovski beat Holloway in a rematch for the title and defended against Brian Ortega recently.

Jung made his pro debut in 2007. He joined the UFC in 2011 and is 7-3 with the promotion. He had a gap between runs in the UFC because of mandatory military service in South Korea. He is 3-1 in his last four fights; his last bout was a unanimous decision win over Dan Ige last June.

The co-main event will be Aljamain Sterling defending the bantamweight title against Petr Yan. Sterling made his pro debut in 2011. “Funk Master” is on a 6-fight win streak since losing to Marlon Moraes in 2017.

Yan made his debut in 2014. He joined the UFC in 2018 and is 8-1 with the promotion. Yan’s last fight was a win over Cory Sandhagen last October for the interim UFC bantamweight title. Yan was disqualified in the 4th round for landing an illegal knee, giving Sterling the win and title.

Gilbert Burns will be looking to become the first fighter ever to defeat Khamzat Chimaev. “Durinho” scored a dominant decision win over Stephen “Wonderboy” Thompson to rebound from a loss to welterweight champion Kamaru Usman, while Chimaev has ran through his first four UFC opponents, finishing all fights by knockout or submission.

Fans in the United States of America can watch the early prelims of UFC 273 from 6 pm EST on April 9.The Main card will start from 10:00 pm EST. They can watch the fights on ESPN+ or by buying a monthly or yearly subscription of the UFC Fight Pass.

The UFC 273 main event is scheduled to take place on Saturday, April 9 and is being held at the VyStar Veterans Memorial Arena in Jacksonville. The prelim action will start at 1am on Sunday morning with the main card kicking off at 3am. Fans can watch the live stream of this PPV on BT Sport.

UFC 273: Alexander Volkanovski vs. “The Korean Zombie” will take place Sunday April 10th (AEST) with the early prelims kicking off the event at 9am. The prelims will begin at 11am and the main card will start at 1pm. They can watch the entire event if they buy the PPV from FetchTv or a subscription to the UFC Fight Pass.

UFC 273 Main card will start at 7:30 AM on 10 April 2022. Preliminary matches will start from 5:30 AM IST. For fans who want to watch the early prelims of UFC 273, they can buy the subscription of the UFC Fight Pass which is available on the UFC’s official website.

Paid: UFC 273 will be available to live stream online in India on the SonyLIV app.

Free: (Only for Jio Customers) – You can watch UFC 273 for free in India via the Jio TV app if you are a Jio mobile customer. Again, Jio TV is available on mobile/tablet devices only.