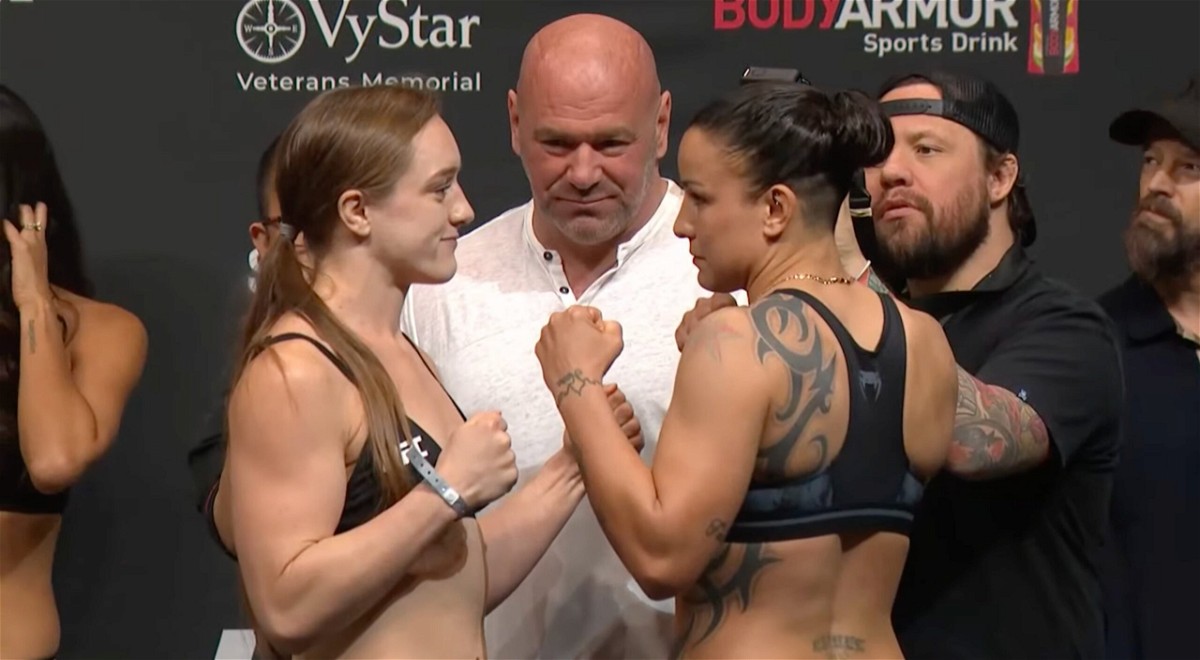 Aspen Ladd will fight Raquel Pennington on UFC 273. The women’s Bantamweight fight will take place in the prelims of the mega event which is set to go down in a matter of just a few more hours from Jacksonville, Florida.

Aspen Ladd is coming off a loss against Norma Dumont in her last fight. She has struggled with her weight cut for almost three years now. Ahead of her fight against Germaine de Randamie in 2019, she looked drained out during the weigh-ins. Ladd was put down via a single punch from Germaine. Since then, she has not been the same fighter.

High stakes at women’s bantamweight at #UFC273 as Aspen Ladd faces off with Raquel Pennington at ceremonial weigh-ins. pic.twitter.com/euPfI8Tlyo

Raquel Pennington, on the other hand, is currently on a three-fight win streak. Ever since she lost to Holly Holm at UFC 246, Pennington has rediscovered herself and remained unbeaten for almost 2 years now.

Aspen Ladd made her debut in the UFC in 2017, since then, she has been nothing but a delight to watch. However, her aforementioned struggles to make weight have been a recurring issue in the last few years. She almost fainted while weighing in ahead of her fight against Macy Chiasson last year. As a result, the fight had to be cancelled.

However, she did make weight comfortably for the fight later today. She seemed to be in good spirits as well. Which might just be bad news for Pennington. Despite the fact that the 33-year old is on a high, Ladd is a far superior fighter. If the weight cut is not a problem anymore, the 27-year old may find her old form.

Aside from Amanda Nunes, Ladd might just be the best strike in the division. Most of the victories in her career have come via KO/TKO. Instead of getting into brawls, Ladd methodically breaks down her opponents.

Although Pennington has a similar fight style, Aspen is more fluent and accurate with her punches. Whereas, Rocky Pennington hesitates to let punches go during crunch moments. She was even criticized by her boss Dana White because of it. Hence, Aspen Ladd will look to corner her and land a flurry of well-timed strikes to put Raquel down. But Pennington is hard to finish off, hence it is likely that the contest goes all 3 rounds.

However, counting out Raquel completely will be a foolish move. She has been with the UFC since 2013 and has fought the best in her division throughout multiple generations. Rocky can generate a great deal of power behind her punches. She will also have the advantage of being the bigger fighter. Hence, her strikes will do much more damage in the fight. Pennington is also one of the toughest fighters in her division and she doesn’t quit despite adversity.