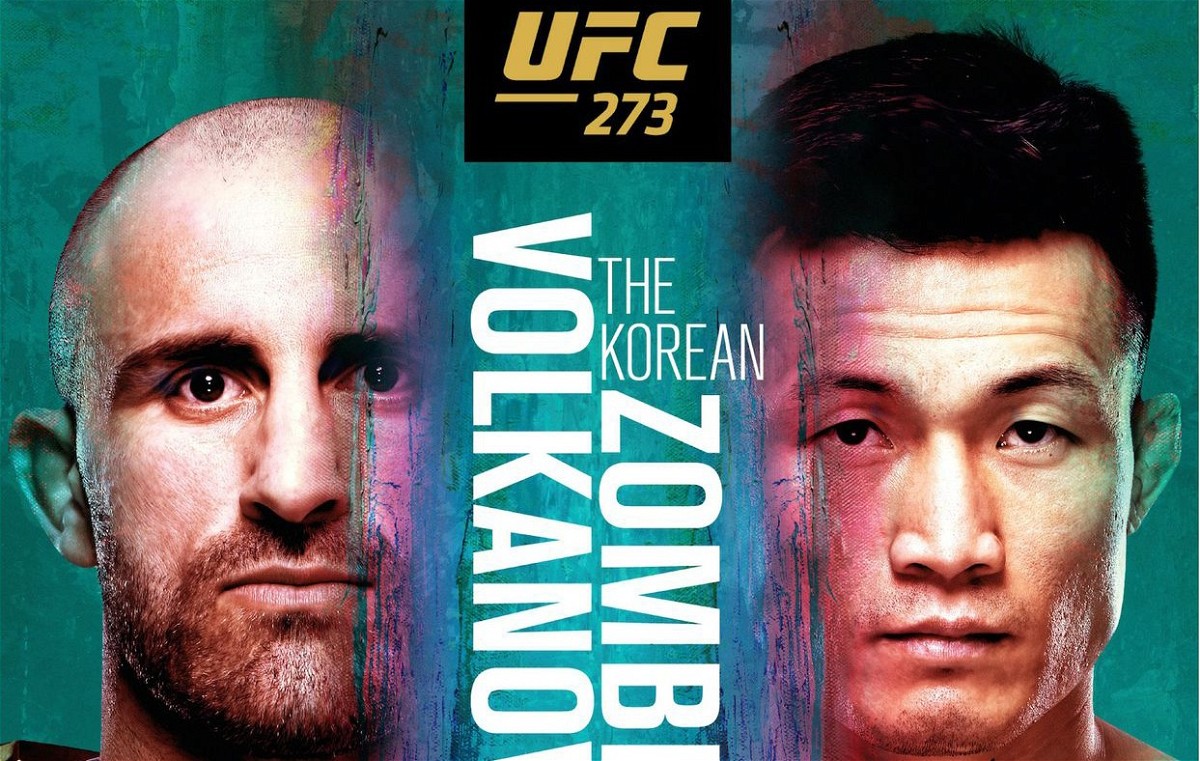 UFC 273 is just a matter of days away and the buzz for the event is through the roof. The event will take place at VyStar Veterans Memorial Arena in Jacksonville, Florida. Fans can catch the event live on Pay Per View (PPV) via ESPN+

In the main event, The Korean Zombie will challenge the featherweight champion Alexander Volkanovski. Alex is on a winning streak of 20 fights and has been undefeated in the UFC. Zombie defeated Dan Ige in his last fight after a disappointing defeat against Brian Ortega.

The card also features the long-awaited rematch between Aljamain Sterling and Petr Yan to unify the Bantamweight championship. However, perhaps the most talked-about fight on the card will be between Khamzat Chimaev and Gilbert Burns to determine the no. 1 contender for the Welterweight title.

Ahead of the event, let’s take a look at the walkout songs for stars such as Volkanovski, Chimaev, Zombie and Petr Yan.

‘Down Under’- Alexander Volkanovski’s walk-out song for UFC 273

The 145lbs titleholder Alexander Volkanovski is from Australia. He walks out a song called ‘Down Under’ from the Aussie rock band ‘Men At Work’ based out of Melbourne, Australia. He used the song FOR UFC 266 when he fought Ortega. The fight became an instant classic and Alex showed his toughness and grit as he survived a tight submission attempt from ‘T-city’.

The song perfectly embodies Volkanovski as the man from ‘Down Under’ is running rampant through the featherweight division and the other contenders are running and taking cover.

The Korean Zombie walks to the famous song from the Irish folk band The Cranberries, ‘Zombie’. Chan-sung Jung has been using this song since the very beginning of his run in the UFC. The song is about the horrors of war.

Jung’s nickname is the ‘Zombie’ and the never say die attitude mixed with the song creates an unforgettable atmosphere ahead of his fights. Because the fans know that they are about to witness a war go down in the Octagon.

The UFC Bantamweight champion Aljamain Sterling walks out to the song from Joyner Lucas called ‘I love.’ The song is about a person who has been counted out by the world and wants to prove everyone wrong.

The song suits the situation of this fight perfectly. Because of how the first fight went, fans are definitely diminishing Aljo’s chances to win against Yan at UFC 273. He will definitely love to prove everyone wrong and retain the belt.

The former UFC Bantamweight champion and current interim champion of the division walks out to a song called ‘Stem for the belt’ by an artist named Noggano. The song has a very war-cry vibe and it fits the personality of Petr Yan perfectly.

‘The Borz’ Khamzat Chimaev has walked out to songs by Timur Mucuraev throughout his career. He will look to beat Burns at UFC 273 to earn the opportunity to fight for the UFC Welterweight Championship.

The no. 2 ranked UFC welterweight fighter in the world will walk out to ‘Medley’ by a Brazilian artist with the name of Mc Buchecha. Gilbert Burns has used the song for quite a while now. He came out to it on UFC 264 and beat Stephen Thompson via judges’ decision.

Ian Garry made his debut in the UFC last year on UFC 268. He knocked out Jordan Williams at the last possible second to win on his debut. Now he is going up against Darian Week at UFC 273.

The undefeated welterweight fighter walks out to ‘R U Mine’ by the ‘Arctic Monkeys’ which is a British band based out of Sheffield.