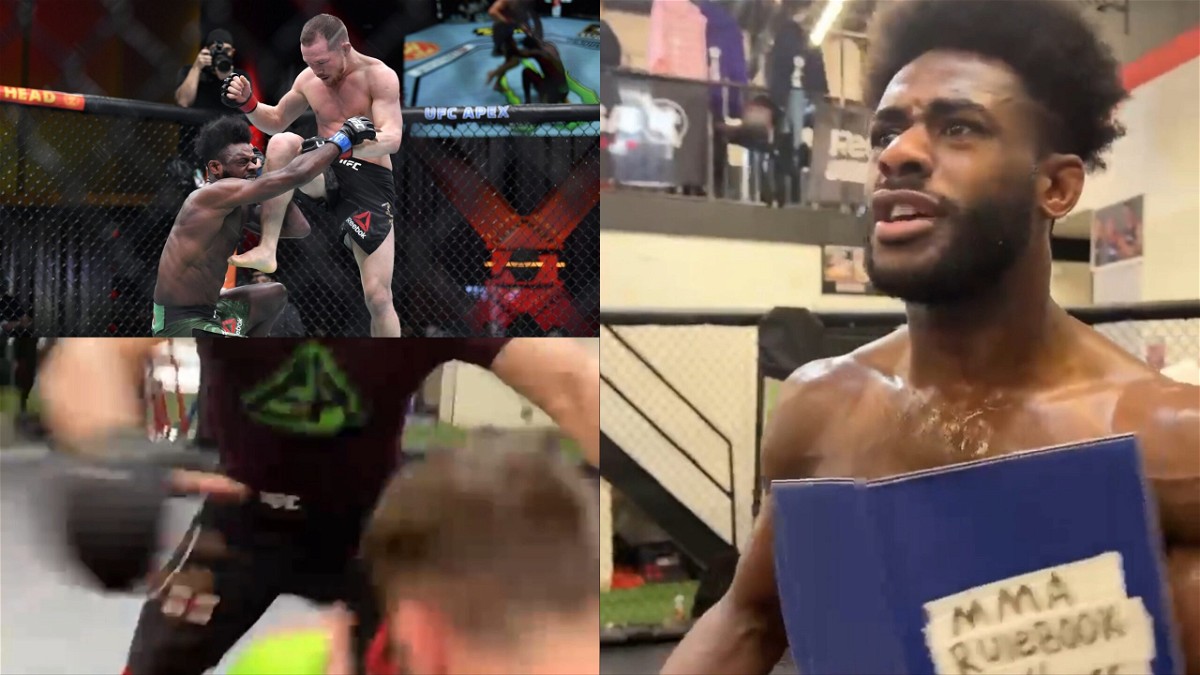 Aljamain Sterling mocks Petr Yan ahead of their rematch at UFC 273 for the illegal knee in the first match between the two.

Sterling will defend the UFC bantamweight championship this weekend against the interim champion Petr Yan. In a recent video posted on Instagram, the champ was seen doing a parody video of the finish at UFC 259.

The Russian fighter landed a vicious knee to the head of Aljo. But due to him being on the ground, Yan’s knee was illegal and Sterling became the champion. The funk master recreated the finish in the video.

Aljo had a book titled ‘MMA Rulebook 4 dummies’ in his hand and four of his teammates surrounded him. One of them was on his knees similar to Aljo at UFC 259. One by one he asked them what to do to a grounded opponent. While one suggested punches, the other wanted to apply a choke.

However, Merab Dvalishvili was the fourth member and he mockingly kneed the downed man similar to what Petr Yan did to Sterling.

Aljamain Sterling vs Peter Yan: Who wins the rematch at UFC 273?

Petr Yan lost his belt in the most unfortunate way possible in the first match. In the countdown video for the upcoming event, he questioned the decision to take the belt away from him and added that it should have been a ‘no-contest‘.

Hence, he will be extremely motivated to get his title back in the rematch. It was evident during the first match that Petr Yan is more skilled than Sterling. Aljo is known for his great grappling. He submitted Cory Sandhagen within the first 90 seconds of their fight.

However, Yan took down Aljamain at will during the first clash. Petr’s leg trips were very effective and Sterling seemed defenceless against them. Hence, avoiding Yan’s grappling will be key for Aljo during the rematch. Even Middleweight champion Israel Adesanya has the same advice for him as well. He also added that Sterling has to stop Yan from getting momentum. Otherwise, it will be ‘super hard to stop’ the interim champion.