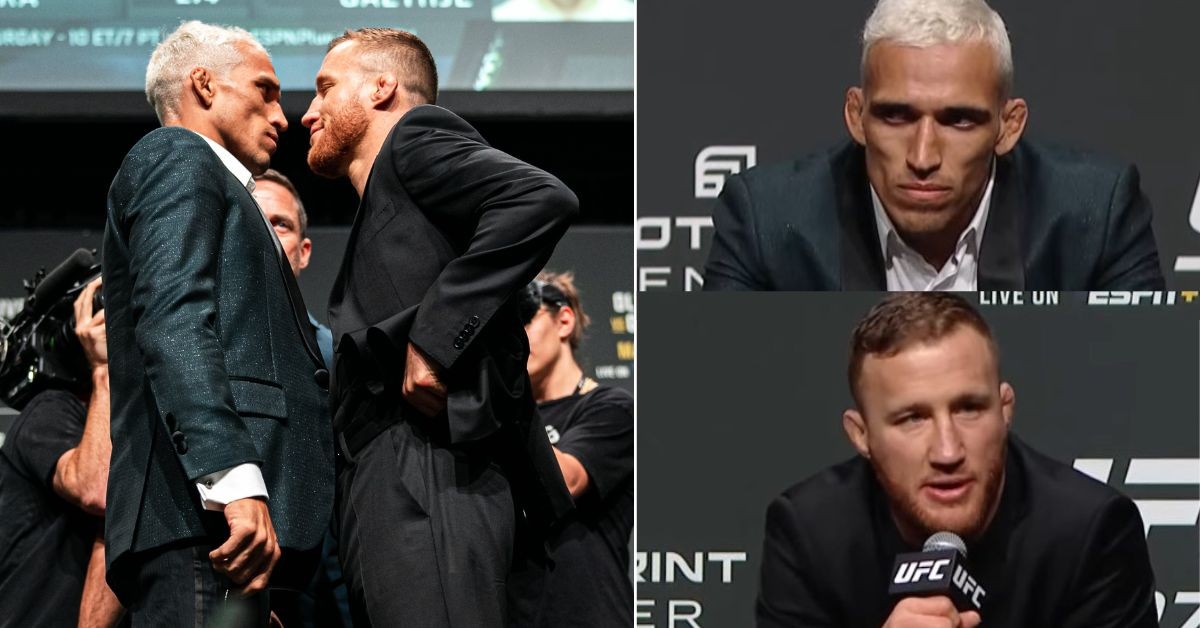 Charles Oliveira takes on Justin Gaethje in the UFC 274 headliner this weekend inside Footprint Center in Phoenix, Arizona. Charles Oliveira will step inside the UFC cage in his second title defense. He is fresh off a second-round submission win over Dustin Poirier and will look to defend his UFC gold in his third title defense.

If you don’t know, now you know. @CharlesDoBronxs vs @Justin_Gaethje is LIVE SATURDAY on @ESPNPlus PPV! #UFC274 pic.twitter.com/J6LyVWRAEV

Ahead of what promises to be an explosive match-up between two of the best lightweights in the world right now, let’s break down the fight and predict who will get the last laugh after everything is said and done.

It’s an exciting match-up and one that can go either way. If the last few fights have taught us anything, it is that Charles Oliveira has grown leaps and bounds in his mixed martial arts career, and has every bit of Championship mentality needed to strive at the top of the UFC’s lightweight division.

There’s no denying Oliveira has more ways to beat Justin Gaethje. And he has shown that in his last few fights. Be it his incredible stand-up game against Dustin Poirier in the first round where the Brazilian fighter made great use of knees to the body, and counter punching to overwhelm Poirier or the lethal left hook that took down Michael Chandler.

Charles Oliveira is dangerous everywhere inside the Octagon. Meanwhile, Gaethje’s ability lies in his sheer power punching. While the technical nuances in Gaethje’s striking and exchanges are another thing to worry about, the Highlight will most likely have an upper hand if he decides to pressure Charles Oliveira.

Justin Gaethje doesn’t mind getting hurt, and his will to fight never takes a backseat even if he is rocked and wobbling on his feet. Additionally, he is not easy to hit, and when he does get hit, he always bounces back with one of his own.

It was evident from his last fight against Michael Chandler, where despite getting wobbled in the first round, Justin Gaethje threw haymakers at Chandler, showing how much he loves a slugfest if it comes down to it.

On the other hand, Charles Oliveira has shown he can be hurt, having been knocked down in the first round in both of his title fights. The Brazilian fighter will look to avoid that, going against someone like Justin Gaethje, who aims at nothing but to shut the lights off of his opponents. And we think he does exactly that with a first-round finish at UFC 274.