UFC 274: Dana White Answers if Tony Ferguson Will Compete in UFC After the KO Loss to Michael Chandler 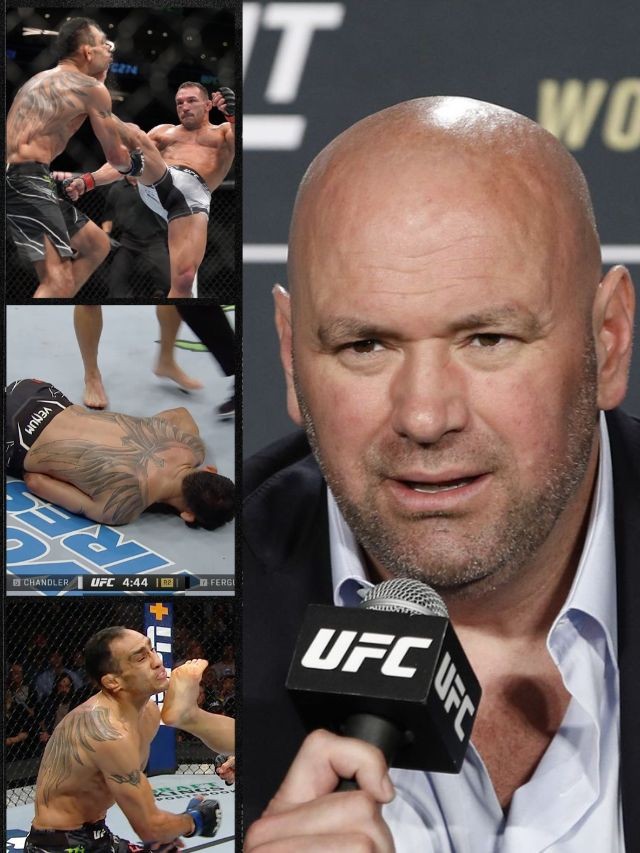 Tony Ferguson gets knocked out at UFC 274 (Credit - Twitter)

Tony Ferguson suffered a brutal knockout defeat against Michael Chandler at UFC 274. And the most unfortunate part about that fight was Ferguson was doing really good early in the fight.

Fans have been rallying behind Tony Ferguson ever since his loss to Justin Gaethje. Every time Ferguson enters the arena fans cheer him, hoping he would get back on the winning streak. And after the first round against Michael Chandler, Ferguson winning the fight seemed like a very possible outcome.

However, Michael Chandler landed the most brutal front kick of UFC history and knocked out Tony Ferguson. The fans were concerned after Ferguson went unconscious as he was not responding for a good amount of time.

With this loss, Ferguson is now on a 4 fight losing streak. However, he has only lost to top UFC lightweights and can still compete against the top 10 UFC lightweights. And it seems Dana White agrees with that notion.

During the post-fight interview, Dana White talked about Tony Ferguson’s performance at UFC 274 and he seemed impressed with how Ferguson looked in the first round. White stated:

“Everybody was asking me this week leading up to the fight if this is a make or break for Tony Ferguson or whatever. And I said No. I mean he’s still one of the top 10 guys in the world. He looked damn good in that first round. But that was a vicious knockout.”

Dana White believes Tony Ferguson should take time off to heal from the damage taken in the Michael Chandler fight. Fans have seen knockouts like that have changed fighters’ careers before. And Ferguson has absorbed a lot of punishments throughout his career.

“Tony needs to take some time off after that knockout. But, it’s not like oh my god Tony got dominated and looks like he does not even belong here. Tony looked damn good right up until he got caught.”– White stated

Despite the loss at UFC 274, Ferguson still have some exciting options ahead of him if he continues to compete in the lightweight division. A fight against Dan Hooker would certainly be interesting fans. However, it is not easy for the fans of Tony Ferguson to watch him struggle against the top UFC lightweights. After all, not so long ago Ferguson was the best lightweight in the division after Khabib Nurmagomedov.