One of the most bizarre title fights took place in the co-main event of UFC 274 when Rose Namajunas took on Carla Esparza. It was a rematch between two of the best straw weights in the world.

While Rose Namajunas was the defending champion Carla Esparza is one of the most experienced fighters in the division and she had a win over Namajunas going into the fight. Fans were expecting to see a back and forth battle considering what was at the stake for this fight.

However, this fight turned out to be one of the most boring and uneventful title fights in UFC history. Both Namajunas and Esparza landed a combined 67 significant strikes in 5 rounds. While Esparza secured two takedowns Rose was able to secure one takedown. But, none of the fighters were able to do anything once they got the fight to the ground.

Following the fight, Namajunas stated that she won the fight and even said that she was proud of sticking to her game plan. From Namajunas’ post-fight interview it was clear that she did not want to let Esparza take the fight to the ground and control her there. 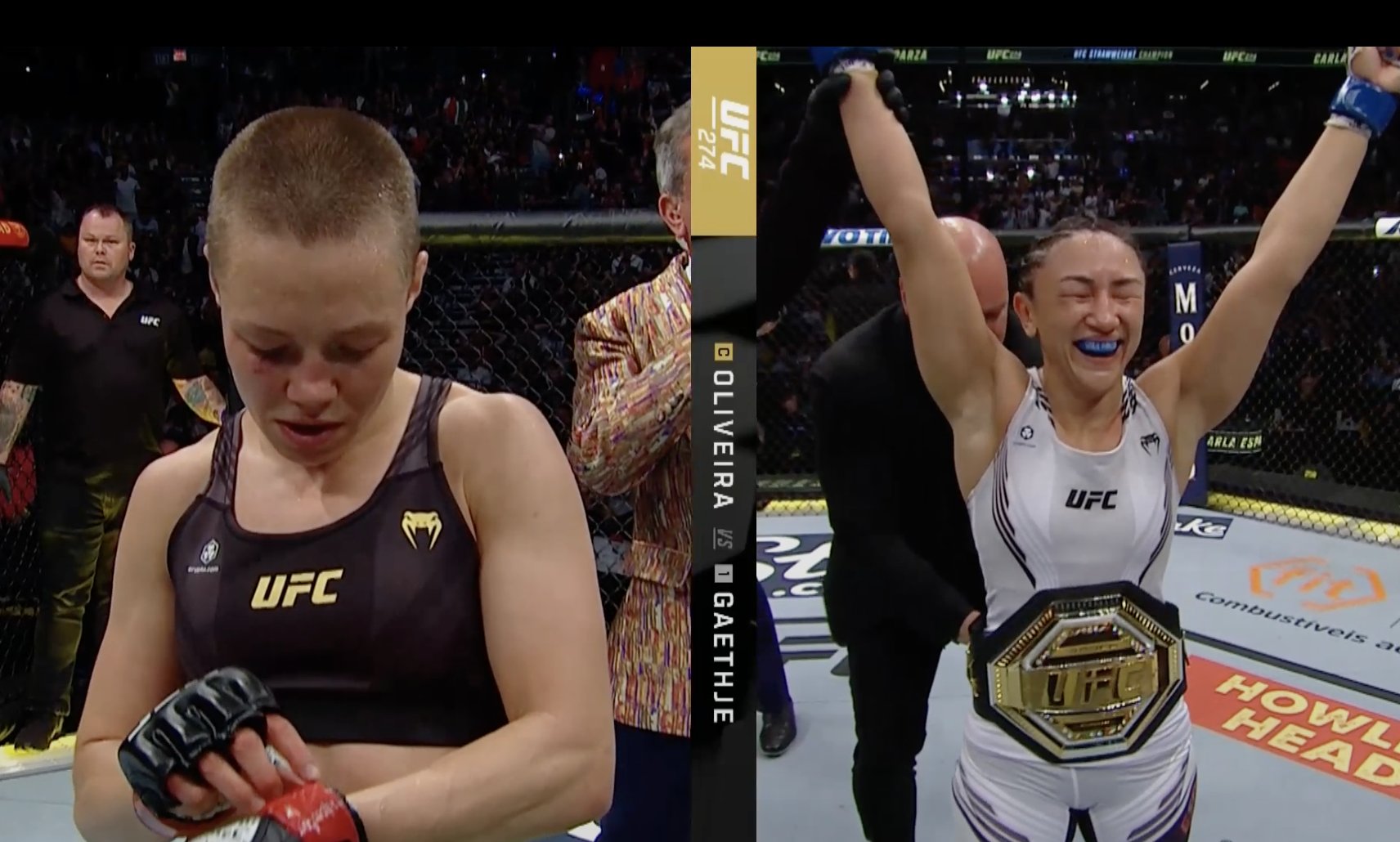 During the post-fight interview, Dana White talked about the lackluster title fight at UFC 274. Surprisingly, White had nothing bad to say about Rose Namajunas or Carla Esparza. He stated:

“It was a weird fight. Seem like they didn’t want to engage. I think there was a total of 6 punches thrown in the first round. That’s a tough one. happens sometimes. I don’t even know man. I started like zoning out halfway through it.”

However, when asked about a potential trilogy between Carla Esparza and Rose Namajunas, Dana White did not seem to like the idea at all.

“I don’t think anybody’s clamoring for that rematch. We’ll have to figure something else out. Rose is one of the best, she is always going to be there, we will see what happens.”

Dana White even confirmed that Zhang Weili is taking on Joanna in her next fight. And it’s possible that Rose Namajunas might end up fighting the winner of that fight.

There are some exciting matchups for Rose Namajunas including the likes of Marina Rodriguez and Mackenzie Dern. It would be intriguing to see how the strawweight division moves forward after UFC 274.