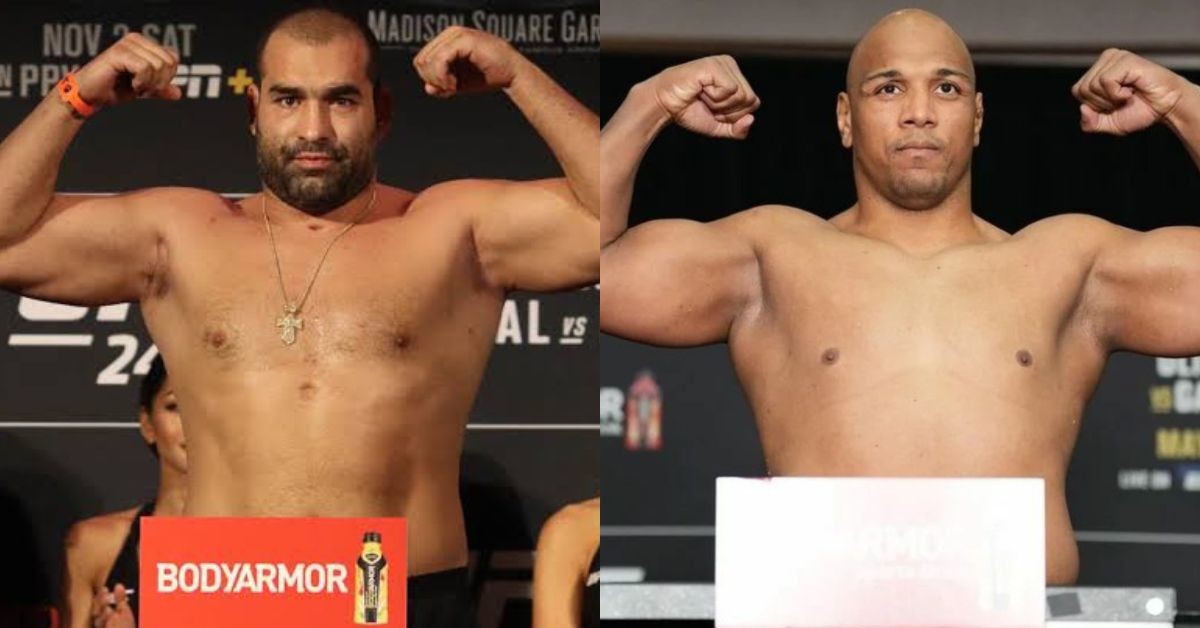 The early prelims of UFC 274 feature an exciting set of fights that are sure to entertain the audience. So let us preview one such eye-grabbing fight that will keep the audiences on the edge of their seats throughout the three rounds.

Heavyweight contender Blagoy Ivanov will return to the octagon after a lengthy gap of two years to take on Marcos Rogerio De Lima in a three-round bout in the final fight of the early prelims of UFC 274. Baga who is currently on a two-fight losing skid would enter this fight in hopes of getting a win under his column.

On the other hand, De Lima would try to extend his winning streak to three and take a leap in the division by securing an emphatic victory. As we move ahead, let us compare the stats of these two heavyweights that will step inside the octagon and square off against each other at UFC 274.

After losing his first fight against Junior Dos Santos in the UFC, Blagoy Ivanov bounced back in terrific fashion as he defeated top contenders like Tai Tuivasa and Ben Rothwell in quick succession. However, thereafter his rise in the heavyweight division came to a stop as he fell short in two close affairs against Derrick Lewis and Augusto Sakai.

It is needless to say that he is in a must-win situation as a third straight loss could put his UFC career at risk. On the other hand, Marcos Rogerio De Lima is on the back of an impressive KO/TKO finish against Rothwell in his last bout. Although being inconsistent in the division has been a major problem for the heavyweight contender.

Speaking about this matchup, both Ivanov and De Lima are well-rounded fighters with good striking abilities. However, the difference-maker in this three-round bout could prove to be the cardio as Blagoy has not fought for over a year in the UFC.

If Blagoy Ivanov manages to overcome this problem then the likelihood of him winning this bout increases significantly. Because he can absorb big blows and walk forward and land some lethal shots. Nonetheless, fans can expect a close bout as both these heavyweights are dangerous when it comes to striking.