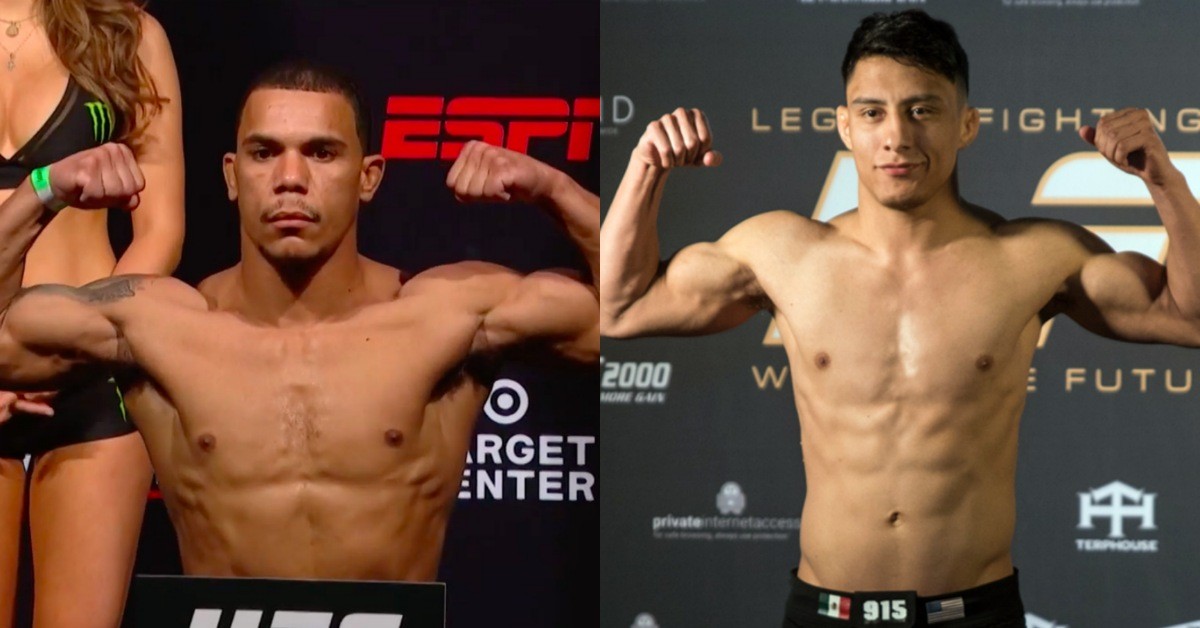 Journey Newson vs Fernie Garcia at UFC 274. (Images via Twitter)

Journey Newson is fighting Fernie Garcia at this weekend’s big Pay Per View (PPV), UFC 274. This Bantamweight contest will be a part of the early prelims of the event. As a matter of fact, this will be the very first bout of the evening.

It has not been a pleasant journey in the Ultimate Fighting Championship (UFC) for Journey Newson. He went up against Ricardo Ramos in his very first UFC fight. Despite a valiant effort, Newson ended up losing via judges’ decision. Since then, he fought twice in the promotion and each time the bout ended even before a minute! While his fight against Domingo Pilarte ended in a no contest, Journey lost to Randy Costa via head kick KO.

Nicknamed Fernie, Fernando Garcia will make his debut for the UFC with this fight. He is a very promising young prospect who fights out of Dallas, Texas. Interestingly, Garcia did not have a very good amateur career. But his pro career has been nothing but spectacular.

Although his recent record has been poor, Journey Newson had a very good record of 9-1 before his UFC debut. He has 3 KO/TKO wins and 3 submission victories in his career. However, he has not been active since September of 2020. Hence, it will not be easy for the 33-year-old to rediscover his form against a tough and durable opponent such as Garcia.

Fernie earned his ticket to fight in the UFC after an impressive first-round TKO win over Joshua Weems. The victory in the Dana White’s contender series proved that he does possess good striking skills. It was the first stoppage victory of his career.

Although the 30-year-old may not have the same amount of experience as Journey Newson, Garcia still will be the smart pick to win this bout. Newson has not won a fight in 3 years. On top of that, he has not competed in 2 years. Hence, it will be a tall task for him to overcome Fernie Garcia on Saturday.

Michael Chandler Walkout Songs: List of Songs ‘The Iron’ Has Walked Out to in His UFC Career