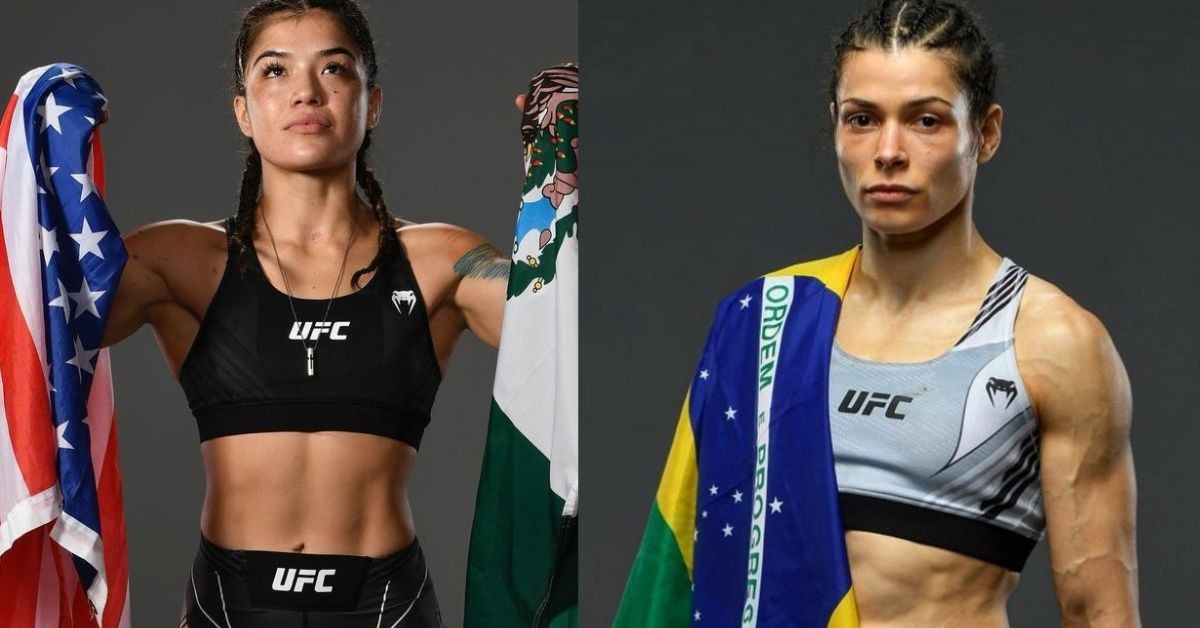 UFC 274: Oliveira vs Gaethje is all set to begin with its proceedings this weekend on May 7th at the Footprint Center in Phoenix Arizona. As we are inching closer to this PPV, there is a lot of excitement among fans as big stars like Justin Gaethje, Charles Oliveira, Tony Ferguson and many others will feature on the card.

However, there are several other matchups on the card that one should watch out for. One such matchup is between Tracy Cortez and Melissa Gato which is scheduled to take place in the flyweight division in the early prelims of the PPV. Going into this bout, both the female flyweights will be high on confidence as they are coming off impressive wins in their last fights.

Before moving to the breakdown and prediction, let us compare the stats of these two athletes that will step inside the octagon at UFC 274.

Tracy Cortez took the flyweight division by storm after earning a UFC contract in 2019. Owing to the fact that she has won all three of her fights convincingly. Similarly, Melissa Gato has shown great potential by knocking out both of her opponents in the UFC. What’s more impressive is the fact that she is yet to face a single defeat in her MMA career.

Consequently, this is an exciting matchup between two potential flyweight stars and fans can expect a war at UFC 274. Stylistically, Cortez is a very well rounded fighter who can grapple or strike as per the requirement of the situation.


But she likes to strike and her past three showdowns are a good example of her fighting style. Moreover, Cortez has great durability and cardio in her tank which helps her maintain the same pace throughout the three rounds of the fight.

On the other hand, Gato is a powerful striker with the ability to put any kind of opponent to sleep if she catches them with a good shot. Melissa’s impressive record of finishing six of her eight opponents in her MMA career is a great example of the threat she possesses inside the octagon.

Not only does she possess great power but Melissa Gato is also a lethal fighter on the ground. With that being said, Melissa can edge past Cortez in both departments. Hence fans can expect Melissa Gato to maintain her undefeated streak at UFC 274 due to her threatening knockout power and excellent submission skills.