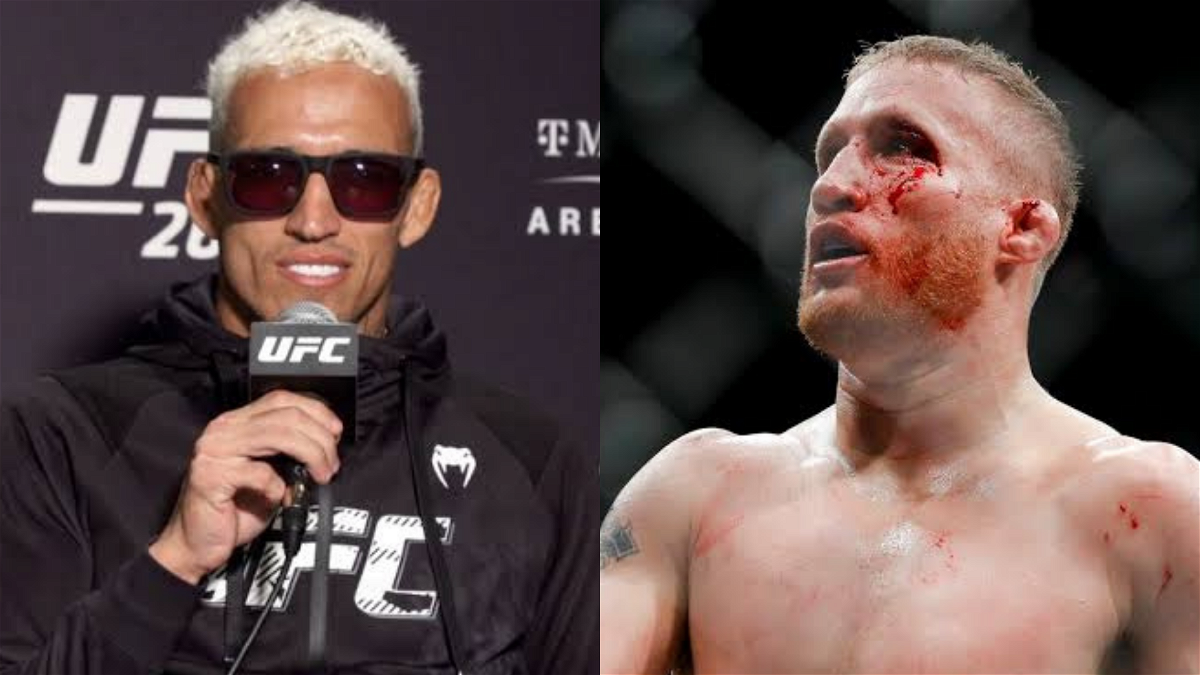 We are just two weeks away before Charles Oliveira steps inside the octagon to defend his lightweight title against Justin Gaethje in the main event of UFC 274. It is needless to say that there are a lot of expectations from this matchup as both these lightweights are extremely fierce and aggressive.

Leading up to this big clash, Charles Do Bronx sat down for a conversation with MMA Clips Brazil. In this interview, Oliveira was questioned about Gaethje worrying about his jiu-jitsu. The lightweight champion confidently replied by saying that his standup skills are enough to beat Gaethje.

“I think in reality, if you take the last few guys, all the ones that tried to beat me, tried to say something. And now Justin Gaethje coming up with a lot of bulls**t. I think that’s what they’re trying to do, to win the mind game. But that makes no difference to me. I learned that we have two years to listen but we also have to let it out.”

“The fight is made of that, constructions, what you believe you have to do. So I truly mean it when I say I’m the best in this category. I have a good game on my feet, even when I got knocked down, I fall to the ground and get up.”

Can Charles Oliveira outclass Justin Gaethje in a striking battle?

Charles Oliveira proved to the entire world that he not only possesses excellent submission but also great knockout power in his armoury when he finished Michael Chandler at UFC 262. So Justin Gaethje cannot ignore Oliveira’s threat on the standup.

It is needless to say that The Highlight is a world-class striker. However, Charles Do Bronx has shown in his last few fights that he can stand his ground in a striking battle against the best of lightweights. His ability to absorb big blows and come back strong gives him an edge in this fight.

Moreover, his superior jiu-jitsu skills will always keep Gaethje guessing and Oliveira can use that to his advantage if this fight turns out to be an all-out striking war. With that being said, both lightweights have a great skill set and anyone could win this battle.