“Oliveira Is the Champion But….”- Dana White Addresses Charles Oliveira Losing the Title and the Weigh in Controversy

The build-up of the much-awaited lightweight title fight between Charles Oliveira and Justin Gaethje was extremely controversial after Do Bronx failed to make weight twice within the given period during the official weigh-ins.

In case Charles Oliveira ended up winning the fight then he would become the new number one contender for the vacant title. Despite all the drama surrounding the weight cut and him losing the lightweight title, Charles Oliveira didn’t let the outside noise affect him as he proved his status as the best UFC lightweight fighter in the world by defeating Justin Gaethje via submission in the first round. 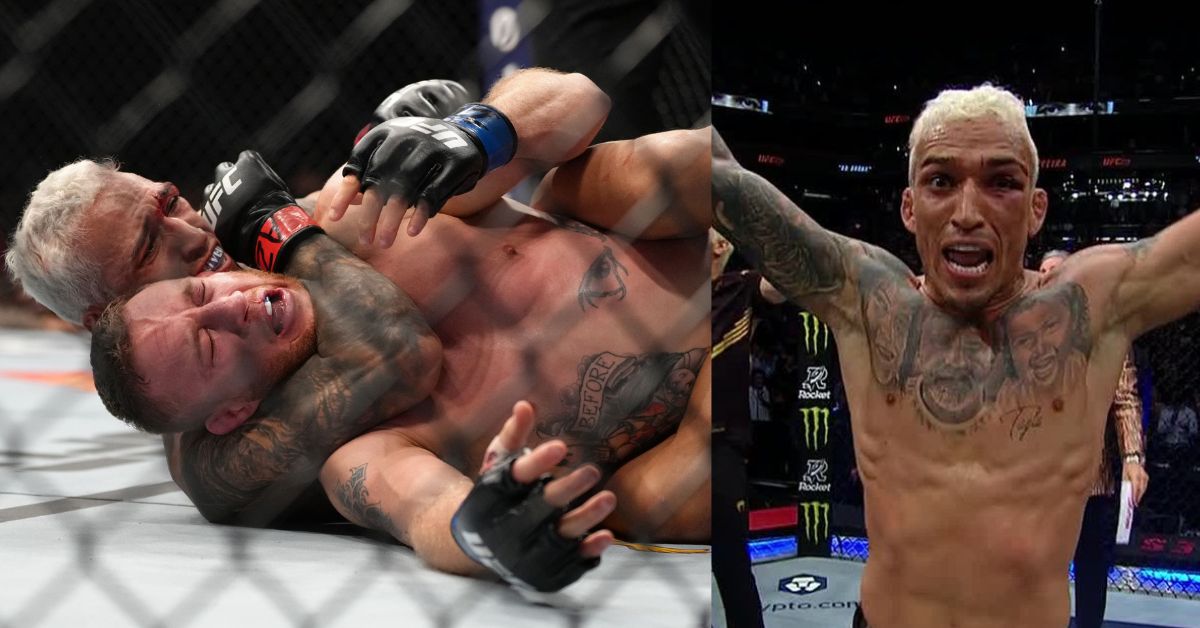 This was a terrific fight as both lightweights traded big blows and wobbled each other. However, in the end, Oliveira’s world-class jiu-jitsu proved to be too much for Gaethje. Following this splendid main event fight, UFC President Dana White sat down for the post-event press conference.

During this conversation, an interviewer asked Dana White for his thoughts about the weight fiasco and Oliveira losing the belt. Dana addressed the situation and expressed his impressions.

“It’s a nightmare. You know we were just talking it in back there what we need to do. We have this issue where guys come out and they’ll start checking the scales a night before. And all the Europeans and guys from other parts of the world do kilos. So they all start f*****g with the scale to look at kilos and who knows.”

Soon after UFC President Dana White shared his thoughts about Charles Oliveira missing weight, he was questioned whether he would give Do Bronx the lightweight title back after his win over Justin Gaethje at UFC 274. To which Dana White confirmed by saying that the title is vacant and Oliveira is the number one contender.

Dana White also indicated that they will figure out a good candidate as Charles Oliveira’s next opponent for the vacant UFC lightweight title matchup. As of now, Islam Makhachev and Beneil Dariush are the two best prospects as they are ranked three and four respectively.

Do let us know in the comments section who you think would be the best opponent for Charles Oliveira.