Michael Chandler returned to the octagon to take on Tony Ferguson in a three-round bout on the main card of UFC 274. This highly anticipated lightweight matchup took place at the packed Footprint Center in Phoenix Arizona.

It is needless to say that this was a crucial fight for both these lightweight contenders as they were going through a barren run. Chandler fell short against Justin Gaethje and Charles Oliveira in his last two bouts. Whereas Ferguson has failed to register a single win in his last three fights.

Unfortunately, El Cucuy was unable to snap his losing streak this time around as The Iron delivered a brutal front kick to knock him out and hand him his fourth straight loss. Speaking about this bout, Tony started the first round very well as he landed some good combinations. During one of the exchanges, he even startled Chandler and dropped him with a straight left.

However, the former title contender bounced back strongly in the final two minutes of the round as he smartly changed levels and landed a takedown. Thereafter Michael landed a nasty elbow and controlled Ferguson on the ground.

It was a fantastic round and it looked like this fight was heading towards a wild three-round war. But Michael Chandler stunned the entire world as he put Tony Ferguson to sleep with a front kick to his face.

Following this brutal KO loss, Tony Ferguson has now failed to secure a single win in his last four fights. Despite UFC President Dana White confirming that a loss wouldn’t put his career at risk, there will be certain question marks raised against Tony. Owing to the fact that, El Cucuy was knocked out for the first time in his MMA career. 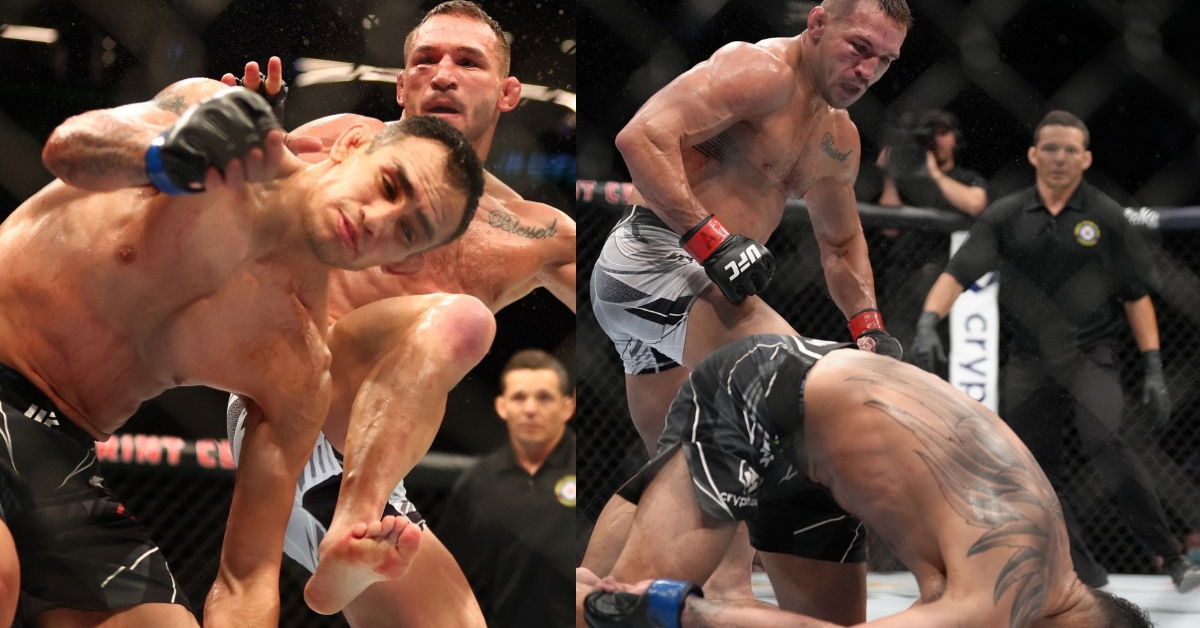 It is needless to say that this knockout loss has stunned the entire world as Ferguson who is known to absorb a lot of lethal blows was brutally slept by Chandler’s front kick.