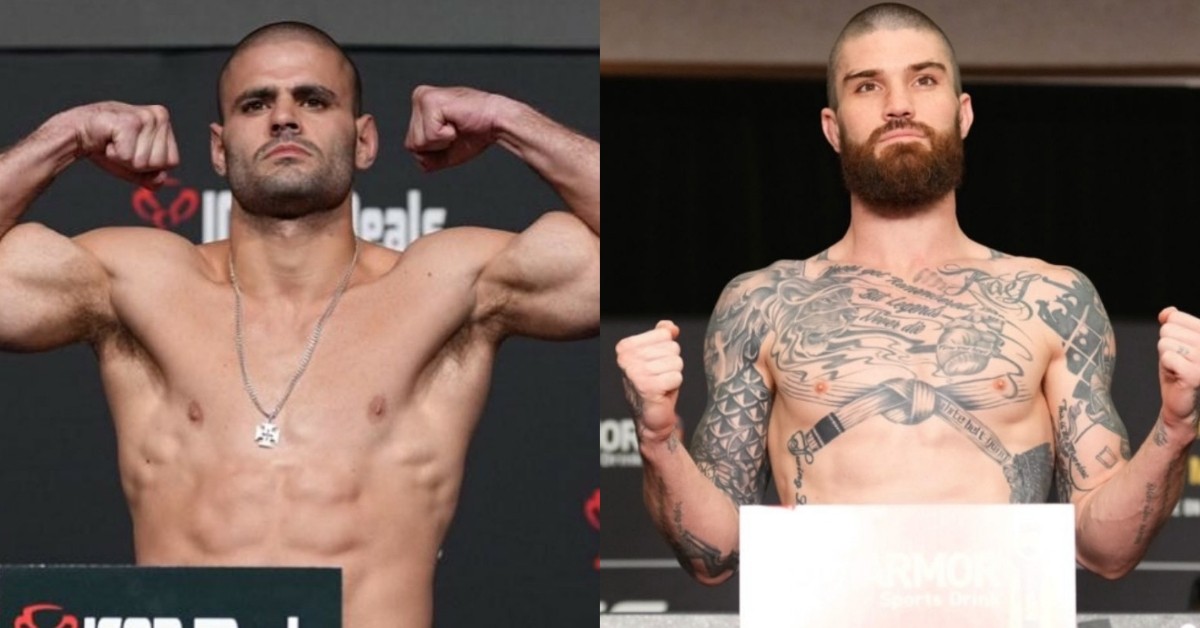 UFC 274: Oliveira vs Gaethje is all set to go down this weekend on April 7th at the Footprint Centre in Phoenix Arizona. All eyes will be on the lightweight title clash between Charles Oliveira and Justin Gaethje and Rose Namajunas and Carla Esparza for the strawweight belt.

However, apart from the two title fights, there are several exciting fights on the card that one should watch out for. Welterweight contender Andre Fialho returns inside the octagon to take on Cameron VanCamp in a three-round bout in the prelims of UFC 274. Fialho is coming off an impressive finish in his last bout against Miguel Baeza at UFC Fight Night: Luque vs Muhammad.

Meanwhile, Cameron VanCamp will be making his UFC debut at UFC 274. It is needless to say that he will look to make a name for himself by securing a win over a dangerous Andre Fialho. As we move ahead let us compare the stats of these two welterweights that will step inside the octagon this weekend in the prelims of UFC 274.

Both Andre Fialho and Cameron VanCamp are two fighters that the entire world should keep their eyes on at UFC 274. Owing to the fact that they are very aggressive and have the ability to finish the fight at any given moment. Speaking about this matchup, Fialho has great striking power and an impressive finish rate.

He has knocked out twelve of his opponents and is a very dangerous opponent to take on in a striking battle. VanCamp is equally dangerous but the styles of the two welterweights are completely opposite. He is a big threat on the ground and his nine wins via submissions are a big example of that.

However, we have seen very little of Cameron and it would be interesting to see how he performs in the big leagues. With that being said, Fialho has an edge in this bout due to his ability to handle pressure and striking power. So fans can expect Andre to get his hands raised at UFC 274.

“This Is a Disgrace”- Justin Gaethje, Michael Chandler and More React to Charles Oliveira Missing Wight for UFC 274 Title Fight