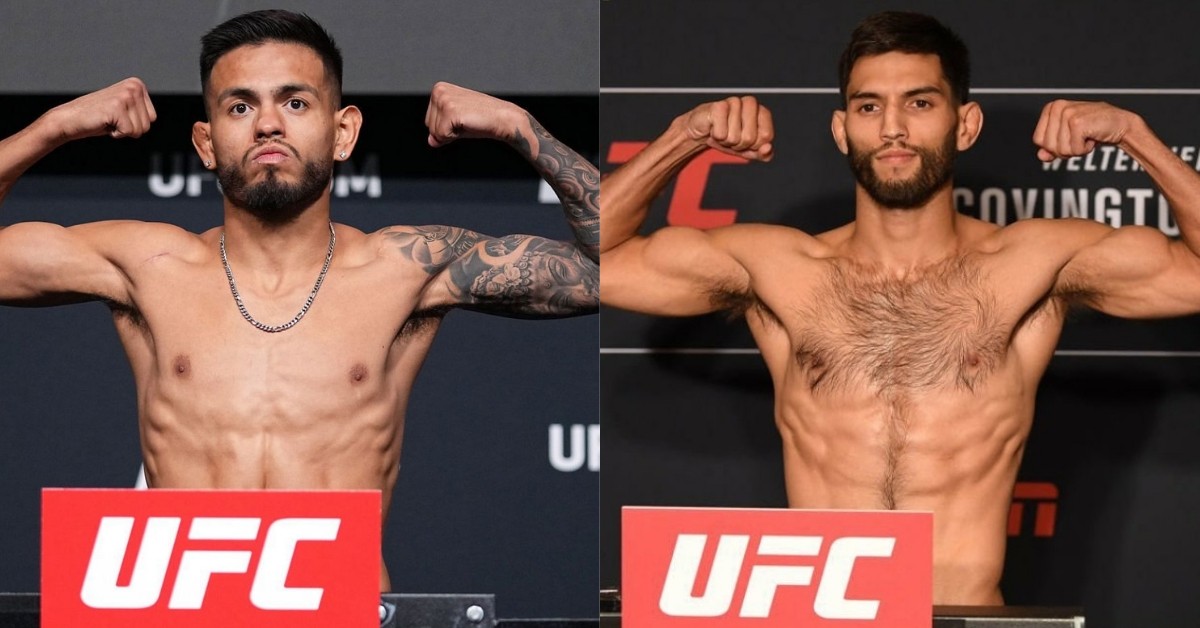 The highly anticipated UFC 274 will begin with its proceedings this weekend on April 7th at the Footprint Centre in Phoenix Arizona. It is needless to say that fans are excited for this PPV as it features stars like Charles Oliveira, Justin Gaethje, Tony Ferguson, Rose Namajunas and many others on the main card.

However, there are several other matchups on the fight card that are sure to entertain the viewers. One such fight is the three-round preliminary bout between Brandon Royval and Matt Schnell that is scheduled in the flyweight division. Leading into this fight, Raw Dawg edged past Rogerio Bonterin via a split decision.

Interestingly, Matt Schnell’s last fight was also against Bonterin in 2021. Rogerio completely outclassed Schnell and won the bout via unanimous decision. However, the decision was overturned and ruled as a no-contest due to Rogerio Bonterin’s failed drug test.

As we move ahead let us compare the stats of the two flyweights that will step inside the octagon at UFC 274.

Brandon Royval burst into the scene and showed great potential after picking up two massive wins over the likes of Tim Elliot and Kai Kara France in 2020. However, Raw Dawg could not build upon that momentum as he lost against former UFC flyweight champion Brandon Moreno and Alexander Pantoja in his next two fights.

Thereafter he outclassed Rogerio Bonterin to snap his losing streak. Therefore with this recent win over Bonterin, Royval has a great opportunity to make a statement and get his second consecutive win at UFC 274. On the contrary, Matt Schnell didn’t have the best of starts as he lost his first two fights.

Although he bounced back strongly and racked up a four-fight winning streak. However, he still has a lot to prove as he is highly inconsistent. Speaking about the styles of the two flyweights, both Brandon and Matt are good strikers. However, Raw Dawg has an edge in this fight due to his submission threat on the ground. Moreover, he is a very tricky opponent with unorthodox striking skills.

On the other hand, Schnell is more of an orthodox boxer with swift combinations. Danger has shown in his previous fights that he packs a punch and can put his opponents on the backfoot with his aggressive striking and high output.

However, his poor takedown defense is one of the major reasons why he could end up losing this matchup at UFC 274: Oliveira vs Gaethje.

Why Carlos Alcaraz Is So Special?