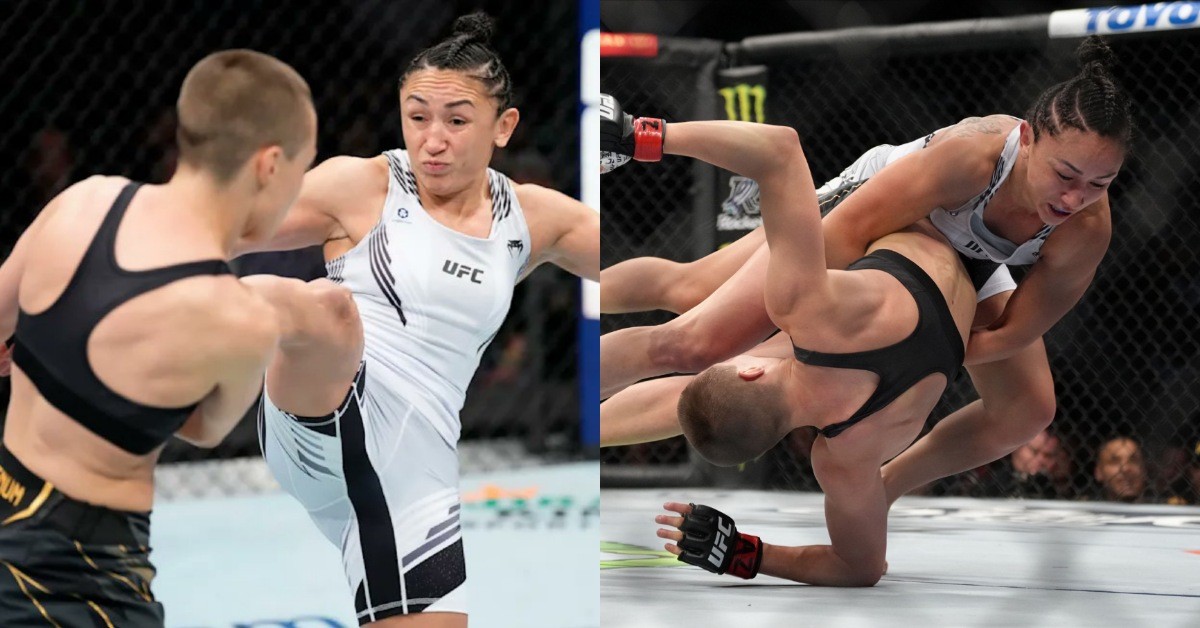 Carla Esparza is the new UFC Strawweight champion! She defeated Rose Namajunas in the co-main event of UFC 274 to become a two-time UFC 115lbs champion. But, did she really win the bout? Or did the judges get it wrong? Let’s find out.

The bout itself was probably one of the worst title fights in UFC history. Almost nothing happened throughout the entire duration of the fight. Both Rose and Carla kept circling around each other without trying to inflict any kind of damage.

While the Cookie Monster was apprehensive about Rose’s impeccable striking, Thug Rose did not want to risk another submission loss to Esparza. The conservative approach from both opponents made for an incredibly lacklustre viewing. They let their feelings known by voicing their disapproval throughout the duration of the bout.

Rose Namajunas vs Carla Esparza: did the judges make the right call?

The decision was met with a lot of boos. Even commentators, Joe Rogan and Daniel Cormier seemed confused about the result. Ultimately, Carla Esparza edged out Rose Namajunas to capture the title for the second time. Two judges had it 47-48 and 46-49 for Esparza. But one judge scored it 48-47 in favour of Rose.

Is that decision justified? While Carla Esparza had multiple takedown attempts, she never officially secured a clean takedown. Whereas Rose Namajunas had the clear advantage on the feet. Although there wasn’t much of an offensive flurry from either fighter, it was Rose who landed more significant strikes. She also ended the fight on a high note by taking Esparza down.

Hence, statistically, Rose should have retained her title. But the judges must have taken Esparza’s activity into consideration while scoring the fight. In the earlier rounds, Carla controlled the Octagon as Rose constantly back-paddled to avoid any wrestling exchanges. For nearly 3 rounds, Esparza was the one who applied the pressure. Hence, it is not very surprising to see Carla getting rewarded for it on the scorecards.