UFC 274: Update on Tony Ferguson’s Health After the Brutal KO by Michael Chandler 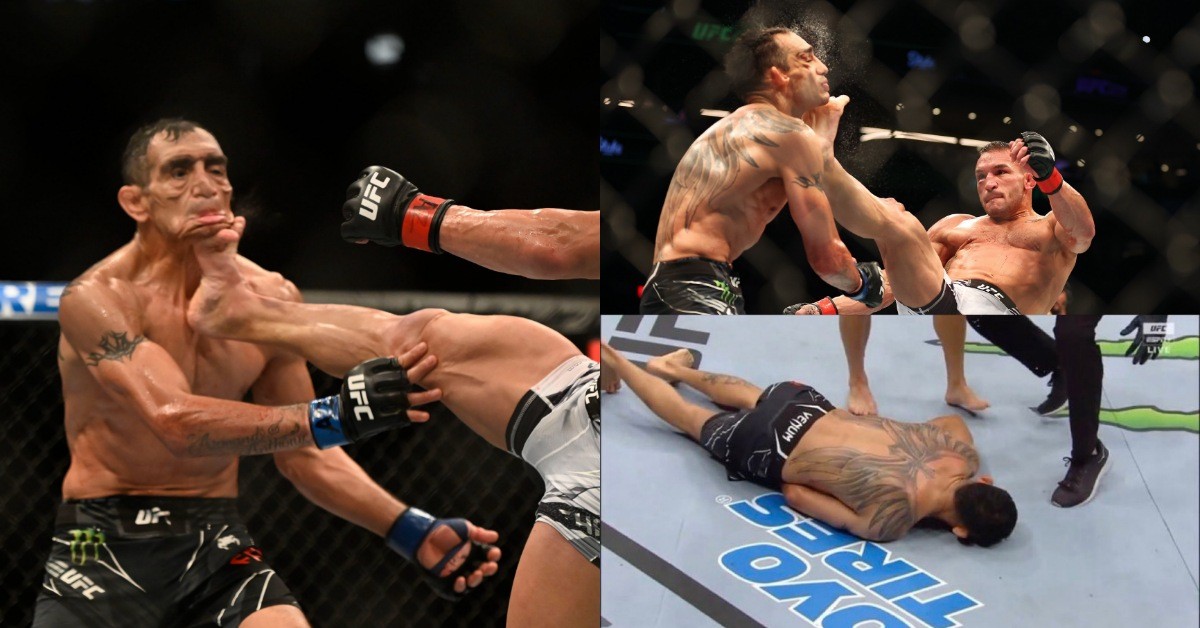 Tony Ferguson just suffered one of the most brutal knockouts in UFC history! Ferguson stepped inside the Octagon at UFC 274 to face Michael Chandler in the lightweight division. Ahead of the bout, Tony had suffered 3 back to back losses. As a result, he was hoping to turn his career around with a win against Chandler. Unfortunately, it was not meant to be as Chandler KO-ed Tony in the second round via front kick!

El Cucuy made a promising start to the fight. Unlike his past few fight, Tony made a fierey start to the fight. Not only did he drop Chandler, in classic Tony Ferguson way, he also cut up Chandler from the guard with some vicious elbows. It seemed as if the 38-year-old has finally rediscovered his old self. But his dreams came crashing down at the very beginning of the second round, a front up-kick from Chandler flatlined Tony.

Following the event, UFC president Dana White revealed that Tony Ferguson was immediately transported to the hospital after the fight. According to the latest report, Tony has been released from the hospital after nothing negative was found in his CT scan reports.

Should Tony Ferguson retire from MMA?

Tony Ferguson was perhaps the second-best fighter in the 155lbs division from 2013 to 2020. Although he is not completely washed, it will not be controversial to say that Ferguson has regressed significantly. Similarly, Tyron Woodley was also on a similar trajectory when he fought Vicente Luque at UFC 260. UFC decided to cut Tyron following the loss to Luque.

But Dana White has already stated that UFC will not part ways with the former UFC Lightweight interim champion. However, White also advised Tony Ferguson to take some time off after such a vicious knockout. But should he retire altogether? It depends on what Tony Ferguson wants to do next. He has accomplished a lot in the UFC. Tony holds the record for the second-longest unbeaten run in the lightweight division (12 wins ins a row).

Tony Ferguson leaves the cage after his #UFC274 loss and is embraced by Chuck Liddell. pic.twitter.com/zbTFIzX2IS

The front kick from Chandler had the power to knock out any fighter in the UFC. But such knockouts usually have their toll on a fighter’s chin. Hence, it will be crucial to see how Tony performs the next he fights. If he suffers the same fate, Ferguson may decide to take the hard call and retire from the sport of MMA.

Carlos Alcaraz vs Alexander Zverev: What Is the Prize Money for Madrid Open 2022 Winner?