UFC 274 Walkout Songs: List of Songs Justin Gaethje, Charles Oliveira, Tony Ferguson Have Used for Their Walk-in to the Octagon 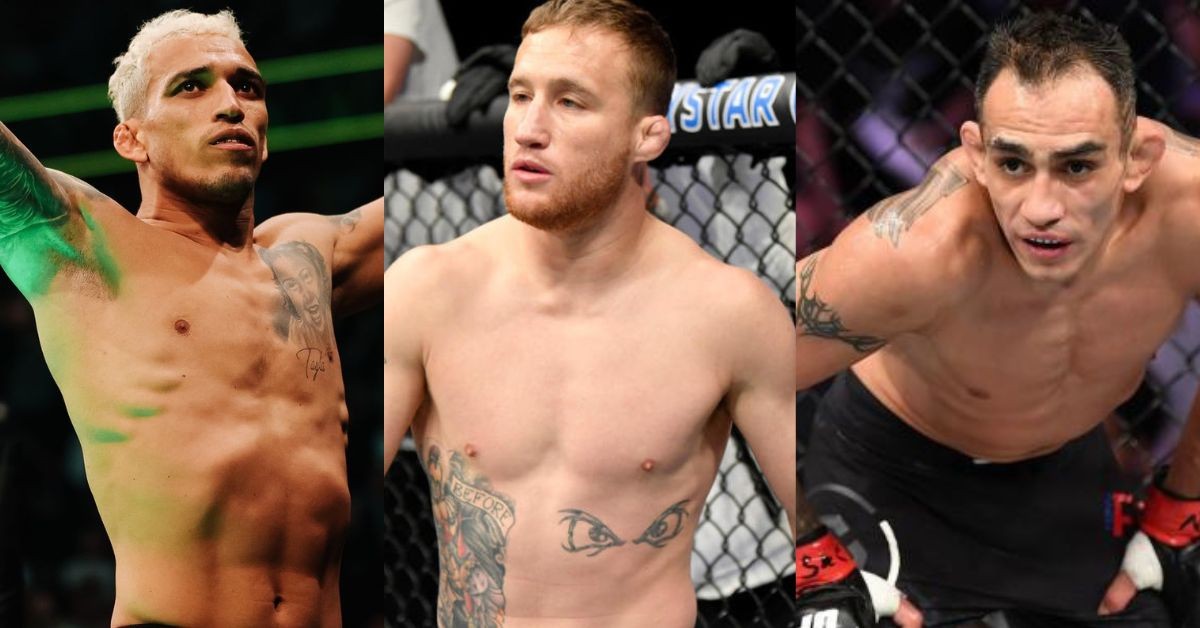 The highly anticipated UFC 274 is all set to take place this weekend April 7th at the Footprint centre in Phoenix, Arizona. Subsequently, this PPV features two mouth-watering title clashes between Charles Oliveira vs Justin Gaethje for the lightweight title and Rose Namajunas vs Carla Esparza for the women’s strawweight title.

Apart from these big main event and co-main event bouts, UFC 274 will also mark the return of fan favourite Tony Ferguson who will take on Michael Chandler in a three-round bout. To kick off this special card, UFC veteran Donald Cerrone goes head to head against Joe Lauzon in the lightweight division.

As we are just a few days away from this PPV, let us take a look at the walkout songs of some of these superstars that will step inside the octagon and entertain the audience.

For his return to the promotion after a year against Michael Chandler at UFC 268, Justin Gaethje used Rock Superstar by Cypress Hill as his walkout song. Before this bout, he has previously walked out to the tunes of War Monger by The Simpkin project and Dirty Heads by Vacation for his fights against Khabib Nurmagomedov and Dustin Poirier respectively.

It would be interesting to see which song does Justin Gaethje choose for his walk-in at the Footprint Centre for his upcoming title bout against Charles Oliveira. Because he always has an intriguing choice and fans present in the arena are always excited to see him step inside the octagon.

Meanwhile, the lightweight champion Charles Oliveira usually walks out to the popular Brazilian song O Hino by Fernandinho for most of his fights.

He made his way to the octagon by walking out to the same tunes for his title defense against Dustin Poirier in the main event of UFC 269. So fans can expect Do Bronx to use the same song for his walkout against Justin Gaethje.

Despite suffering back to back losses against Charles Oliveira and Justin Gaethje, Michael Chandler has proved his worth and has emerged as a superstar in the UFC. The Iron will now return to take on Tony Ferguson in a three-round bout on the main card.

Chandler has walked out to a medley of Paid my Dues and The Search by NF for each of his three fights in the UFC. With that being said, it wouldn’t be a surprise if he steps inside the octagon to the fusion of these two songs of NF for his fight against El Cucuy.

Tony Ferguson has been going through a rough patch in the UFC lately. Owing to the fact that El Cucuy has lost his last three fights and has dropped down to the seventh spot in the lightweight division. However, he has a great opportunity to take a big leap in the rankings as he takes on Michael Chandler this weekend.

The former interim lightweight champion has been walking out to the song “The Party has just begun” by Freestyle. It is needless to say that every time El Cucuy steps inside the octagon, it is no less than a party as he entertains the fans with his swashbuckling fighting skills. Consequently, we can expect Ferguson to use the same song for his lightweight bout against Chandler.