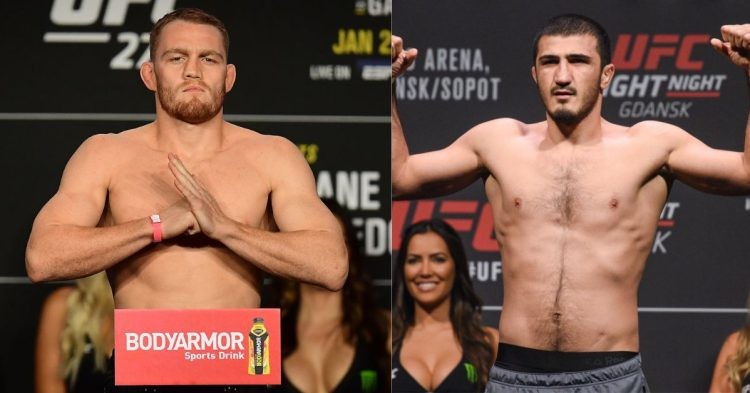 UFC 275: Teixeira vs Prochazka will take place this weekend on June 12th at the Singapore Indoor Stadium. This event features several exciting fights on the card that will keep the viewers hooked throughout the event.

Jack Della Maddalena will kick off the main card in a three-round bout against Ramazan Emeev in the welterweight division. Currently unranked, Jack is a highly touted prospect who earned his contract by winning against Ange Loosa at the DWCS.

Subsequently, he made sure that his debut was a blast as he knocked out Pete Rodriguez in the first round at UFC 270. On the other hand, Ramazan Emeev is an experienced contender who made his UFC debut in 2017. However, the welterweight has not been able to make a significant mark in the division.

Emeev is coming off a close split decision loss in his last fight. Despite his previous loss, the Russian welterweight will pose a tough competition to Jack Della Maddalena with his all-around skills inside the octagon.

As we move ahead, let us compare the stats of these two welterweights that will clash against each other at UFC 275: Teixeira vs Prochazka.

Will Jack Della Maddalena extend his winning run at UFC 275 with the help of his powerful striking?

Jack Della Maddalena has been on a terrific run in his professional MMA career with eleven wins on the trot ahead of UFC 275. The Nose made a statement in the UFC with two brutal knockout wins and subsequently, we can expect him to go for yet another staggering finish against Ramazan Emeev. Stylistically this matchup is a classic striker vs grappler matchup with Maddalena relying on his standup skills and Emeev banking on the latter. Therefore it is needless to say that the Russian welterweight will try to take this fight to the ground as soon as possible.

Because Jack is a highly skilled striker with great knockout power in his bag. Moreover, his aggressive fighting style with high output will make it difficult to Ramazan to exchange on the feet.

Hence Emeev’s only chance to win this fight would be to land takedowns and get an edge in scoring. But be it in the UFC or his previous MMA organization The Nose has defender takedowns very well. So fans can expect Jack Della Maddalena to outclass and stun Ramazan with his power and get his hands raised at UFC 275.