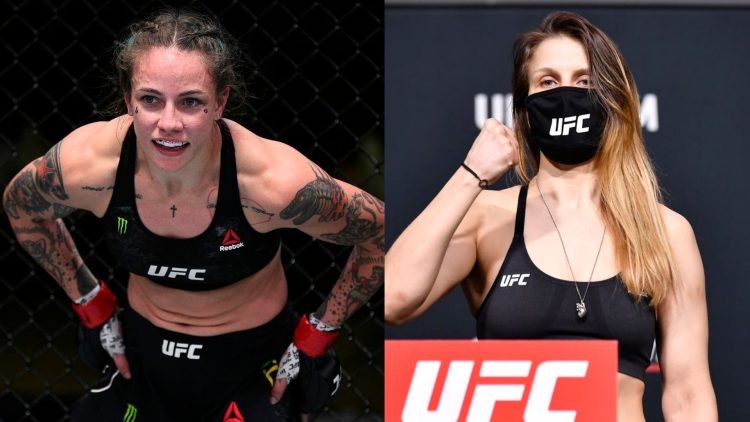 The highly anticipated UFC 276 is set to take place this weekend in Las Vegas. The event which will take place on July 2nd has two title fights and a lot of other exciting fights in store. UFC 276 will be headlined by the middleweight championship fight between Israel Adesanya and Jared Cannonier and a trilogy title bout between Alexander Volkanovski.

With that being said, let us preview one such fight between Jessica-Rose Clark and Julija Stoliarenko. The two are set to take on each other in the preliminary card of the UFC 276. Clark has emerged as a massive favorite walking into the fight even though she’s coming off a submission loss in her last outing inside the octagon.

Ya girl is all checked in #UFC276
It’s an ANZAC affair ❤️ pic.twitter.com/OS7Kvsd03g

On the flip side, the Lithuanian fighter who is yet to win her first fight in the UFC has a big mountain to climb. Julija Stoliarenko has the power to knock out individuals but her technique goes out of the window as soon as she’s made uncomfortable inside the octagon.

Can Julija Stoliarenko get her first win in the UFC against Jessica-Rose Clark?

As mentioned earlier, Julija Stoliarenko has fought three times inside the UFC but she is yet to win her first bout inside the octagon. To make matters even worse, she has a furious Jessica-Rose Clark standing in her way. Stoliarenko will look to make full use of her height and reach advantage over Clark. Stylistically, the two are hard to separate but the inexperience of the Lithuanian is what can hold her back.

While Julija Stoliarenko can have a sizeable advantage on the ground, she will have a hard time taking down Jessica-Rose Clark because of the latter’s wrestling accumen. Overall, the odds are certainly stacked against the Lithuanian and it is unlikely that she would be able to walk away with a victory this weekend. Our prediction: Jessica-Rose Clark via decision.