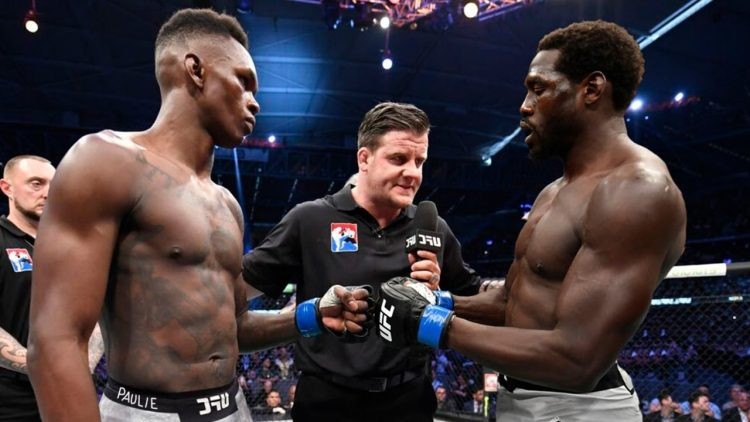 Israel Adesanya returns to action against Killa Gorilla Jared Cannonier in the main event of UFC 276 set to go down this weekend inside T-Mobile Arena in Las Vegas. The bout will mark Adesanya’s fifth title defense, while it will be Cannonier’s first shot at the UFC gold.

It’s a stylistic match-up between two of the finest strikers in the division. Needless to say, when both these fighters step inside the Octagon, it’s expected to be a barn-burner.

There’s no denying the power in Jared Cannonier’s hands. The Killa Gorilla boasts an impeccable record of securing stoppage victories across three weight divisions. Be that as it may, there’s nothing Cannonier can offer to Israel Adesanya that the middleweight champion hasn’t seen before.

Adesanya has shared the UFC Octagon with the absolute best in the division. With multiple wins over the next best Robert Whittaker, and notable wins over Anderson Silva, Kelvin Gastelum, Marvin Vettori, and Paulo Costa among others, Adesanya has cemented his position as one of the greatest of all time.

Israel Adesanya looking for a highlight reel at UFC 276

Israel Adesanya is looking to make easy work of Jared Cannonier at UFC 276. The middleweight champion is expected to bring the fire inside the cage. While it has been a dominant run for Adesanya, it’s not without its fair share of controversies.

Adesanya’s razor-sharp decision against Yoel Romero, and his last title defense against Robert Whittaker have put questions regarding his dominance as a champion. Needless to say, he will look to put this at rest with a highlight reel win against Cannonier, and the Stylebender has been quite expressive about his desire to do so.

While Cannonier definitely has the puncher’s chance, it will be easier said than done against someone so elusive like Israel Adesanya. We have the Stylebender winning via knockout in the first round.