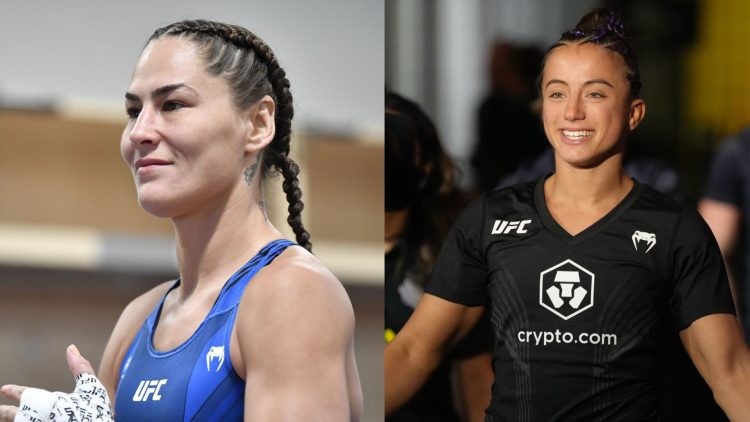 UFC will return with its pay-per-view event this weekend with the UFC 276. The event which will take place on July 2nd will be headlined by the middleweight championship fight between Israel Adesanya and Jared Cannonier. Apart from the main event, the card will also feature a trilogy title bout between Alexander Volkanovski and several other fights.

With that being said, let’s preview one such fight from the UFC 276 card between Jessica Eye and Maycee Barber. Going into the fight, the odds are stacked against Eye and Barber has emerged as a massive favorite, this is because of the fact that ‘Evil’ has lost three fights in a row.

On the flipside, Maycee Barber has won two fights in a row. There is not a lot that separates the two apart from fighting experience that lies in the favor of Jessica Eye thanks to the 11-year gap between the two. Moreover, Eye certainly has a better ground game when compared to that of Barber but it remains to be seen whether she’s able to take full advantage of it come fight night.

Is Maycee Barber a title prospect?

Maycee Barber has had a quick rise in the UFC and while her journey has been everything but smooth, it is worth noting that she is just 24 years old. She has shown the potential of being a future title challenger in the UFC. However, just 12 fights deep into her MMA career, she has a lot of work to do before she can be considered a real threat in the division.

Her fights so far have suggested that when Maycee Barber strikes, her opponents feel it. However, she often becomes reckless and loses her touch. In her recent fights, Barber has shown improved striking and ground game as well but she’s far from a finished product. Her upcoming fight against Jessica Eye will give the 24-year-old a perfect opportunity to show what she’s made of. Our prediction: Maycee Barber via decision.