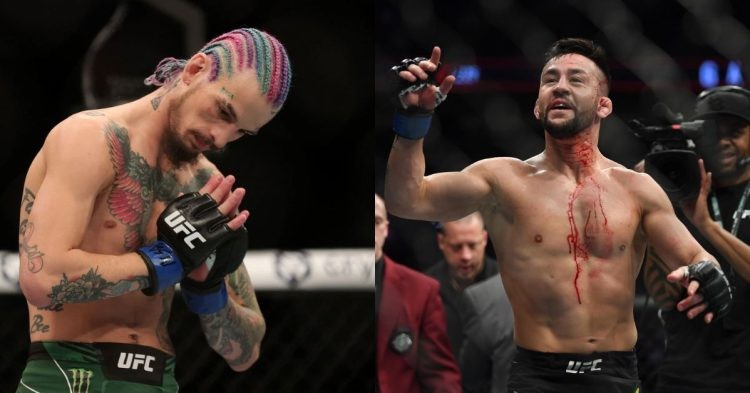 UFC 276 goes down this weekend inside T-Mobile Arena in Las Vegas in what promises to be one of the most stacked cards of this year. The UFC PPV will put a curtain on UFC’s 10th International Fight Week. Brazilian sensation Pedro Munhoz and surging bantamweight Sean O’Malley will lock horns inside the UFC Octagon to kick off the main card.

Ahead of the fight, let’s predict who gets the upper hand between Pedro Munhoz and Sean O’Malley after everything is said and done.

There’s no denying the popularity of Sean O’Malley. The bantamweight fighter is arguably one of the hottest prospects in the UFC. However, off-late, O’Malley has gone down on the popularity chart. One can blame this on the lack of interesting opponents.

However, that’s not the case this weekend. Pedro Munhoz is a UFC veteran and comes inside the Octagon with a penchant for his incredible toughness and resilience. There’s no denying Sean O’Malley is the more proficient striker between the two. Additionally, looking at Munhoz’s last few outings, it’s hard not to predict Sean O’Malley gets the victory.

However, it will be easier said than done. Munhoz is incredibly tough and is a black belt in Brazilian Jiu-Jitsu. While we haven’t seen much of Munhoz on the ground, it won’t be surprising to see him do it this time around.

Pedro Munhoz stands out as a fighter who likes to put constant pressure on his opponents. With a granite chin and heavy hands, he can certainly be a problem for Sean O’Malley. Moreover, the surging bantamweight hasn’t been tested against the absolute best that the division has to offer, and there’s no denying that Munhoz is one of them.

Despite the several challenges that O’Malley might have to face against Pedro Munhoz, we feel Sean O’Malley gets the job done.